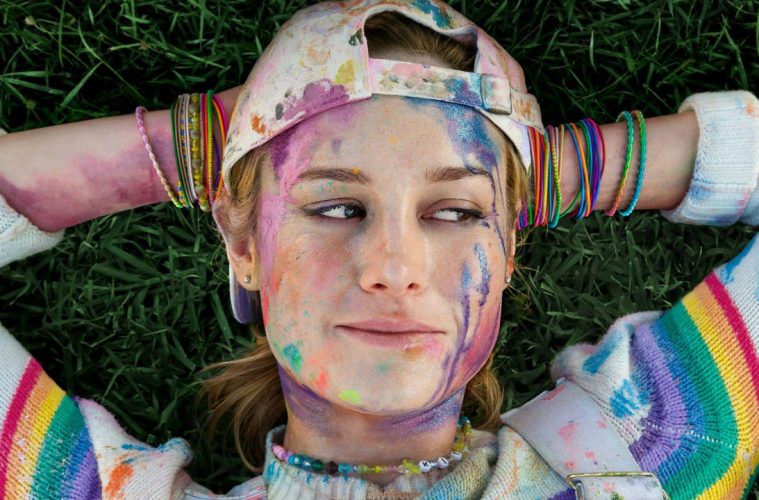 Review: ‘Unicorn Store’ is a Film for The Kid in All of Us

“What are you going to do with your life?” It’s a question that’s thrown at us and found hiding in the back of our minds from the time we’re old enough to understand what an adult is. “I have a plan, okay?” We’ve all said it, but most of us don’t.

I’m 25, and while I didn’t get kicked out of school like Unicorn Store’s Kit (Brie Larson), I still feel stuck. I don’t know what I want to do with my degree, I don’t have a job, and so, just like the film’s protagonist, I’m a twenty-something stuck on my parents’ couch, with no other motivation than to flip channel after channel on the TV.

Some people have it easy. They know what they want to do, and they achieve this successfully. But for most millennials, the path you set doesn’t pan out and the prospect of accomplishing your goals becomes further from reality. In her directorial debut, Brie Larson paints the perfect image of a character who displays the fear we all have when we don’t know what do with our lives, and the constant state of feeling like a failure as a result.

Unlike most people, Kit is always walking on glitter—she’s a child in an adult’s body. She exists in a world where adulthood means you can no longer live your childhood fantasies; you can only do things an adult would. What Kit wants to do is paint her dreams, but “people don’t like it when I do that,” she says. When she paints a unicorn for art class, she’s frowned upon and looked at as not being good enough to be there.

After art school sends her packing, she quickly lands a job at a PR firm. She is forced to grow up and wear the suit of “adulting” that just doesn’t fit. Soon, Kit complains that she doesn’t want to do what everybody else is doing: wake up, have coffee, go to work, repeat. Graph paper is used in the film to signify the straight lines that adults are expected to follow, but Kit can’t stay on those lines—or maybe just doesn’t want to.

She’s soon invited to “The Store,” a mysterious place that promises to offer her with whatever she wants and needs. What that is just happens to be a unicorn. The Salesman (Samuel L. Jackson)—her newly-found fairy godfather, with flashy suits and confetti in his hair—sells the idea that unicorns are real and not just the imaginary friend Kit had as a child.

The film then takes us on a journey that is charming, funny, and magical, as Kit tries to fulfill the requirements needed to own a unicorn. Along the way, she learns that she can still embrace her childish side, but she must accept the fact that life has to change. She learns to be happy enough within herself to let go; she can’t live surrounded only by her childhood toys forever.

Unicorn Store is a film all about dreams: dreams you once wanted, dreams you still do, and dreams you can never have. While the film is written by Samantha McIntyre, it’s done in an incredibly personal way, as it allows the audience to see Larson’s childhood dreams through a microscope. You are immediately aware that Larson is Kit and that the film was a passion project for the first-time director. The film’s opening sequences show footage of the star as a child, which perfectly coincides with Kit’s love of painting unicorns and everything colourful. She also wears a rainbow-patterned shirt that she still lives in as an adult, reflective of her desire to never grow up and also the mindset she lives in; one where she believes that “everybody needs some magic in their lives, even if they’re all grown up.”

What Unicorn Store teaches us is to vacuum up our insecurities and be our truest selves. And while we may not fit into the box society puts us in as a result, it’s okay to see life through sparkly, bubblegum-pink glasses.