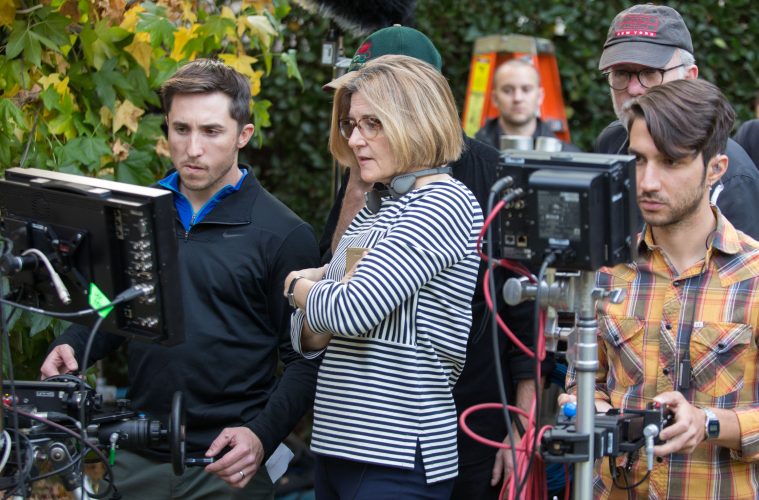 I first became aware of Robin Swicord in 2007 after watching her debut directorial feature, The Jane Austen Book Club. It’s a movie about books and friendship—my two favourite things. Shortly afterwards, I learned that she—of course—wrote and produced so many other beloved films.

If you were a girl in the 90s, it’s likely that your VHS copies of Shag, Matilda, Practical Magic, and Little Women were pretty worn-out from constant rewatches. And if you’re anything like me, these movies still get yearly revisits because they are a rare comfort: films in which women are at the forefront of their own stories.

On May 6, Robin will be at the TIFF Bell Lightbox in Toronto for a special screening and discussion looking back at 1994’s Little Women. Ahead of this event, I was thrilled to talk to her about her modern classic, Greta Gerwig’s upcoming version, and what’s next for her as a filmmaker.

Reel Honey: Your version of Little Women was so formative for all of us growing up in the 90s. Can you bring me back to the set? What was the process like getting it made?

Robin Swicord: It was extra difficult then because we wanted to make a movie about women, by women, and for women. That was really unusual at the time, but we didn’t think it was such an outrageous thing to be asking because we were all tremendous movie-goers. I kept pointing out to the studio that half of the audience going to these Mel Gibson action movies is female. So that was the first struggle. But we had advocates. Amy Pascal at Sony was a real partner to me. She and I had been talking for 12 years about making the movie. And finally, when she had gotten enough clout after making Groundhog Day and A League of Their Own, she was able to convince Columbia to let us make this movie. Part of our pitch was that when women love a movie, they don’t want to send a friend, they want to bring a friend. Women go to the movies in a different way than men. We go to the movies relationally. We go with our best friend, then we go back with our mother, our sister, our grandmother. We want to share the experience with someone we love.

There was a very strong request from Winona Ryder that she wanted a female director and we all 100% agreed, but there were only a few women who were even being allowed to direct movies at that time. And one of them was Gillian Armstrong, who had directed My Brilliant Career in Australia. She fortunately said yes and she was the perfect director for us. So, we were able to start. The studio came in with a budget, which was lower than what we felt we needed at the time, and then they just continued to take money away from us. It was confusing because they were putting $9 million into a King Arthur movie [First Knight]—which didn’t do that well, by the way. It was kind of an unconscious bias going on at all times, but we persisted and we had fun making it.

If we fell behind, I had to take something out of the script. I was a producer, so I was involved all the way through. It was heroic on everyone’s part, honestly. We had Jan Roelfs, who was our production designer—and, normally, a production designer has an art department, but at some point, we had to let them go because we didn’t have the budget, so he was doing it on his own. It was such a labour of love and it was difficult all the time, but the cast was fantastic. I brought my daughters who were 9 and 12 to the set, and Gillian had her daughters there, and Susan Sarandon had her daughter there. I think we were really surprised because it exceeded our expectations in terms of who showed up for the premiere and how it was received. We knew that we had made something that we personally felt proud of, but we didn’t know how it would be embraced.

RH: Now, 25 years later, Greta Gerwig is making her version. What do you think she will bring to the story?

RS: First of all, I think Greta Gerwig is a superhero. She’s incredible. She makes the actors feel so comfortable and there’s a capture of real life being translated to the screen that feels genuine. She has a way of popping in and out of memory and fantasy and reality, a kind of stream of consciousness that is true to the way our brains work. It is so suited to this material. Her script was wonderful. Most of the producing I did was in the early stages, reading drafts and having conversations. I was on the set in early December and got to watch some of the shooting and her tremendous competence. The actors and crew adored her. And like seven minutes later, I heard she had a baby. My mind was blown.

RH: Your films almost always center female characters. What is it like trying to get films about women made?

RS: Well, right now I’m trying to get a movie made about the true story of an all-girl basketball team in rural Oklahoma during the Great Depression. I feel like it’s completely in the zeitgeist and we should be making this movie right now, and yet I’ve pitched it to 12 different buyers and none of them think there’s an audience for it. But you know, I feel like my whole career has been about pushing a rock up a hill.

RH: So many of your films are adaptations, what do you look for in a project?

RS: It’s funny how sometimes a book will just hook you. There will be something about a book and you’ll just think, ‘I understand this story.’ So, I get hooked by things. With The Jane Austen Book Club, they were only going to make one movie about Jane Austen, so it was clear that the movie I should do was that one. I had loved Karen Joy Fowler’s book and I had loved this movie called Italian For Beginners, that my friend Lone Scherfig had made. I thought it would be so fun to work with an ensemble like that. The joy of working with a group of actors who were always together was something I wanted to do. But it’s just a different hook every time. With Memoirs of a Geisha, the book was so good that I called up Amy Pascal and said, “You have to buy this book. It would make such an incredible movie.” And she had already bought it.

RH: I know you’re doing a lot of producing now. Do you have more directing in your future? What are you currently working on?

RS: I love to write and I love to direct. I made Wakefield, which came out in 2016, and that was a labour of love. A tiny movie with a very small budget, we shot for 20 days with Bryan Cranston and Jennifer Garner. It was a joyful experience. I have written something, which is a romantic comedy set against the backdrop of global warming. When I’m in Toronto, I’ll be meeting with my producer to get her story notes, and I’m hoping I’ll be able to direct it in the coming year. I’m developing something for Apple and I’m out pitching something else with Sarah Michelle Gellar, a thriller. I have a lot of projects. You have to do it like that to get anything cooking.