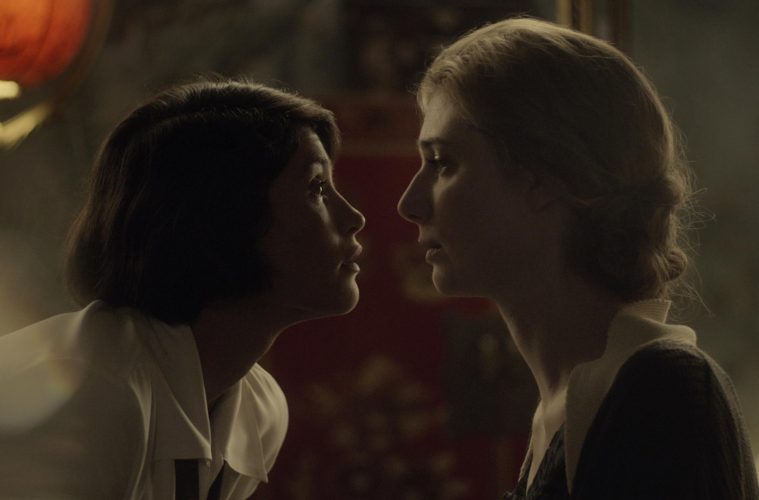 Public perceptions of Virginia Woolf haven’t historically been kind. Although the writer is globally renowned for the flowing modernism of her novels, she has often been characterized by the stigma surrounding her mental illness and eventual suicide. Enter the age of online feminism, in which efforts to honor women’s historical legacies have spilled over to recognizing female authors. Given Virginia’s advocating for gender parity as a well-known English writer—particularly through her essay “A Room of One’s Own”—it’s unsurprising that she has found newfound acknowledgment.

What’s arguably more promising is the increasing fervor with which her and aristocrat Vita Sackville-West’s love affair has been met. Their relationship has rarely been a secret since it began in the early 1920s, particularly since it openly inspired Virginia to canonize her lover as the titular character in Orlando. But the recirculation of their many love letters has also made both women into something of 21st-century queer celebrities—testaments to the lesbian bonds popular media has often erased.

For better or worse, Chanya Button’s Vita & Virginia, which retells their relationship as adapted from a play of the same name, was indelibly influenced by this recent wave of appreciation. Roughly tracing the story of the women’s ten-year romance, the film opens on two very different sides of London’s post-WWI literary scene. Woolf (a fantastic Elizabeth Debicki) perches at the center of the bohemian Bloomsbury Set, co-running a struggling publishing house that threatens to bankrupt her writing career.

Vita Sackville-West (Gemma Arterton), on the other hand, is a splashy socialite who enjoys high book sales and a thinly-veiled interest in other women that recently led her to run off with a former lover. While she’s only cowed by her disapproving mother (Isabella Rossellini), the demands of her husband’s (Rupert Penry-Jones) diplomatic position have made the Bloomsbury world seem all the more appealing.

The two women almost immediately meet at a party, complete with electronica and lustful slow-zoom gazing that read more indie meet-cute than period drama. Button has emphasized that she wanted the film’s early 20th-century setting to feel coincidental, and the strikingly modern stylings sprinkled throughout the film are as consistent as its creamy 1920s exterior.

Some of these elements are a welcome change of pace within the genre, particularly when Isobel Waller-Bridge’s pulsing score compliments the intellectual erotica brewing between the film’s protagonists. Others feel a bit too experimental: The use of CGI vines and birds to personify Virginia’s mania runs the risk of prettifying her mental illness.

At times, there’s also a lingering question of how balanced the character studies of Vita and Virginia are throughout. Elizabeth Debicki has gained traction as a rising star after her roles in Widows and The Tale, and her turn as Virginia Woolf only speaks to how versatile she is. The actress constantly straddles the line between haughty and vulnerable, present and then lost in the din of her constantly wandering mind. Debicki towers over her scene partners with a birdlike intensity, as if she’s only a provocation from taking flight. Woolf is given the emotional brunt of things, as Vita’s advances towards the enigmatic writer reignite Virginia’s fear that she can’t properly connect with others. It’s a plotline that could’ve unintentionally equated gay desire with innate brokenness if not for careful writing. Luckily, Debicki’s portrayal imbues the arc with a believability that emotionally anchors the film.

Unfortunately, Vita doesn’t receive quite the same treatment. Arterton, who served as a producer on the film, plays her with an assured vivacity that makes the character feel lived-in, although believably delivering lines like “I’m bewitched by your writing” in ordinary conversation is a tall and somewhat unachievable order. But that doesn’t change the fact that Vita simply isn’t as fleshed out as Virginia is within the script, which largely relegates her struggle with upper-class conventions to Wikipedia-style exposition via one-dimensional supporting players. The writing of the novel Orlando takes up much of Vita and Virginia’s final act, and for the women’s romantic falling out to resonate with audiences, we need to believe that Vita inspired the swashbuckling, androgynous protagonist at its center. Instead, when she trills, “I adore how you see me,” it would seem that Virginia’s reimagining of her lover is lusher than the character herself.

Even if Vita isn’t as fully realized as she could have been, recitation of the pair’s real-life writings—through voiceover in which Debicki and Arterton’s faces linger in hazy close-ups—provide a look at the relationship of two creatives that eschews modern, heterosexual convention. By the time that they leave the romantic side of their dynamic at a standstill, the film has best succeeded at its slow-burn exploration of where both women are best expressed: as fluctuating muses for each other.