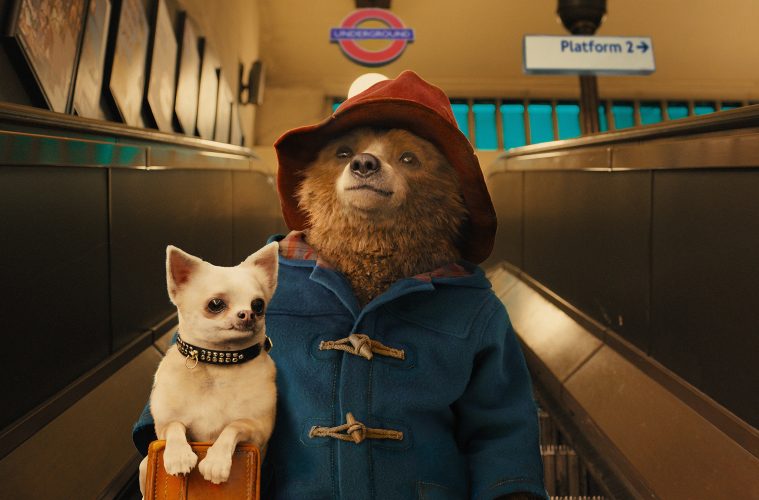 How ‘Paddington’ Helped Me Get My Shit Together

“Hello, friend!” Walking down the streets of London, Paddington seemed to be at every corner, sitting comfortably in a shop window. That little bear was with me wherever I went. Ironic, because I wouldn’t be there without him.

London, to me, has always been an idea. A place that lingered in the back of my mind, a sort of mythical construct that existed between fiction and reality. Paddington’s Uncle Pastuzo and Aunt Lucy were introduced to London by an explorer. I was introduced to it by film. I identified with Lucy and Pastuzo, as we all fell in love with a city that we’d only ever heard of, but never seen. We laid out a collection of images, books, and trinkets (what my mother would call “dust collectors”) around our rooms like a shrine. A shrine to the British capital, as though it were a god. I was eight when I first met London on-screen and twenty-four when London met me.

A movie like Paddington, about the adventures of a curious and wholesome bear, has quickly and inaccurately been deemed a film only for children. And while, yes, the Paddington novels were written with children in mind, the film explores themes that could only resonate with adults. I don’t merely mean the obvious fact that it’s a clear call to action in regard to the refugee crisis; it’s also a film that embodies an honest depiction of the transition into adulthood—and what helped propel me into mine. I only recently turned twenty-five, and, I’ll be honest, I still feel like a teenager. I’m moving more slowly into the “adulting” phase of my life compared to my friends. They have stable jobs and their own places, while I am still living at home, with no job, still asking my mom to book my dentist appointments for me. While desperately seeking more independence, I realized just how much I hate being pushed out of my comfort zone.

A universal theme in Paddington is comfort in the familiar and fear of the unfamiliar. (“Why would you want to go anywhere when we live in the best place in the world?”) Paddington’s home has always been the forest of Darkest Peru. He has everything he could ever need, and he’s accustomed to it. But many of us aren’t afforded the luxury of remaining in our comfort zone forever. We have to move out of our childhood homes, move away for school, for work, or all three. Life propels everyone into situations they wish they didn’t have to deal with. Situations and environments that are unfamiliar, frightening even. Sometimes you just want to live in a protective bubble, safe and cocooned. But if I had known Paddington in those moments, I would have been braver. Travelling alone to a new land, after having his whole world shaken by a disastrous earthquake, he remained courageous. Perhaps, I would have realized that the hands life dealt weren’t really as world-shattering as they seemed, but rather the reality of new beginnings and new experiences.

I always found comfort in the familiar and feared the unfamiliar. I have a hard time pushing myself into situations that I know would better me. Talking to people has been something I always found difficult. I used my shyness, and often still do, as an excuse to not go to that party or not to apply for that job. I was stuck in a loop I couldn’t get out of. But then I watched a bear adapt to a strange, cold city—a city he adopted, but that had trouble adopting him. He struggled to belong, making silly mistakes like a child. But that’s what he is: a child with no notion of the cruelties of the world. He shows no fear in the face of adversity. And even when he experiences loneliness for a home he misses, or rejection from a home he desperately wants to have, he turns around upbeat, positive. When he says, “It’s not easy being somewhere new,” it resonates. It’s what makes his new brother, Jonathan, and sister, Judy, look at things through his perspective and see that his situation is like their own. He teaches Mrs. Brown that adventures don’t just have to be illustrations drawn by her hand; they are achievable and can be found around every corner. And he teaches Mr. Brown that around those corners aren’t just thieves, murderers, and pickpockets. I needed to be reminded of that, too. (“But what’s the point of them being happy if they’re not safe?”) Some of us, like Jonathan, want to build rocket ships and slide down banisters, but are afraid to take risks because of how sheltered we have been from the world’s cruelties. But what Paddington essentially asks is, How can you really live if you’re living life cautiously?

Paddington came into my life seventeen months ago—I say, like a mother speaking of their infant son—and made me realize how important it is to open my heart and mind to new experiences. Because of him, I got on a plane and flew to the place he found home. Travelling alone seemed frightening and an unrealistic task for me, but now I can say that I did it and I feel like I can take on the world. I feel less afraid to pursue my own agency. When Mr. Gruber’s parents sent him away across Europe, he said, “My body had travelled very fast but my heart… she took a little longer to arrive.” While it took Paddington’s heart longer to catch up with him, it eventually did, and he had his marmalade to remind him of how far he’d come.

I don’t think Michael Bond could predict how loved his bear would be when he put his pen to paper. But, like Mr. Brown, it’s worth reminding that we needed that wee bear every bit as much as he needed us.