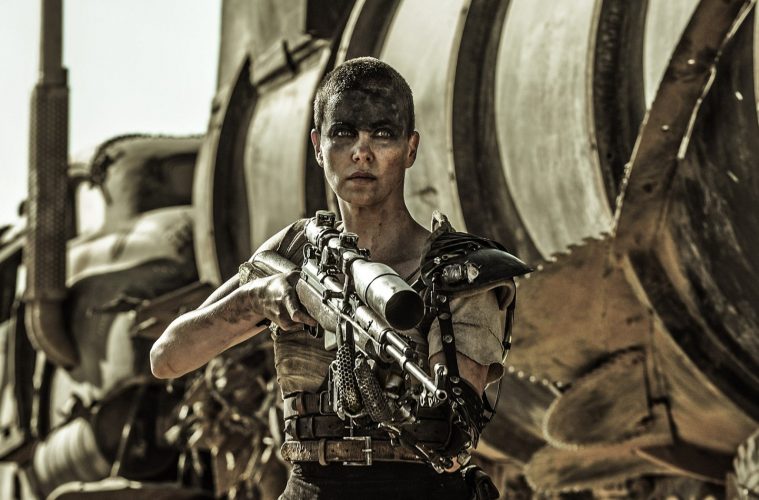 “Strong Female Character” is a term used quite often when people, especially men, refer to female characters who seem to have an especially large amount of guts, bravery, or physical strength. These are usually heroines from comic book movies and young-adult novel adaptations, or characters like Beatrix Kiddo and Ellen Ripley. Trust me, I profoundly adore all of these characters; it’s the label I take issue with. Despite its mostly-good intentions, it’s a weirdly try-hard feminist way of understanding women. Truly, each female character – each person, really – holds fast to their own personal strength and courage in a huge variety of ways, and shouldn’t be so neatly placed into a box.

Strength is intellect, affection, devotion, grace, vulnerability, confidence, morality, curiosity, and freedom. Strength surges through all of our veins; it is only a matter of digging it up and defining it. I personally find it easier to grasp my own strength when I view it through the lens of other female characters who have impacted and outlined my life. Below are some of my favorite female characters who have influenced my understanding of strength.

I had never really watched the previous Mad Max films with much passion. I saw them, I truly enjoyed them, but I never felt a connection to them on any deeper level. However, the first time I saw Mad Max: Fury Road, I was entirely enthralled in every possible way. Furiosa’s inimitable strength seemed to me like something that could not be refuted or challenged. The blazing fire in her eyes reflected the ochre desert storm around her, and the force of her pure determination to save Immortan Joe’s enslaved wives rippled through the seams of the film as currents flow downstream. Her hand on the wheel is as steadfast as her conviction to save the girls and reach paradise. From Furiosa, I learned perseverance and indestructible determination.

A victim of emotional and violently physical domestic abuse, Celeste Wright is not a stiff pillar of grace. She is not absolutely composed. Rather, she panics and crumbles in confusion and disarray, and sobs in her therapist’s office. It is raw, painful, and extraordinarily vulnerable. While her pain is boundless, however, so is her indelible courage. It takes deep prompting from her therapist for Celeste to even think about herself enough to save her own life and sanity. She instinctively focuses more on the sufferings of those around her, specifically her friends, and she automatically puts the needs of her children first. She is wholly and genuinely good. Yet, her pain runs in deep rivulets beneath her outer appearance of wealthy, middle-aged perfection. From Celeste, I learned how to be vulnerable and I learned that grace doesn’t need to exist in the face of pain – breaking down is more than acceptable, as is being overwhelmed.

Dr. Ellie Sattler is a near-genius paleobotanist and dinosaur aficionado. She is firm in her beliefs and sharp in intelligence. Spunky and daring, she both challenges and builds upon the logical rules she has learned. Her spirit gives her the ability to quickly shift and adapt when the situation calls for it, and when she is trapped in the park when disaster strikes, Ellie understands that she must trust her knowledge and instincts to protect both herself and those who don’t have the benefit of her acute intuition and expertise. No one can possibly know you better than yourself. From Ellie, I learned to trust in my intellect.

The youngest character on this list, Lale, is also the most fiery. Her biggest strength is her loudly effervescent and inextinguishable spirit. I deeply admire her complex yet somehow simple understanding of the world and all its experiences. She sees clearly how things are and comprehends the nuances of things, but never loses sight of her own morals and bravery – despite not even being in her tweens. She fights the hardest out of all her sisters for the freedom she thirsts for, and saves them in the process. The tagline for Mustang is, “Their spirit would never be broken.” This is especially true of Lale, the most unbreakable of them all. From Lale, I learned to search for freedom and lightness of spirit.

Sexual violence is arrestive, horrid, and something that makes me want to curl up into myself. I was sexually assaulted when I was 16, and I feel something akin to disgust and vibrating anger whenever I think about it. Room, without fail, turns me into a similar mess of tears and rage whenever I watch it. I find Ma to genuinely be one of the strongest characters in any film or television show I have watched. It makes me emotional just thinking about the astonishing amount of physical, psychological, and emotional strength she possesses. I cannot possibly imagine being in her situation; it’s simply unfathomable. She is courageous, resilient, brave, and even heroic in spite of the disgusting trauma she has been forced to endure. From Ma, I learned to draw strength and power from anger.

Carol wrestles with balancing her own desires and needs with those of her family. She is not naive or blasé, as much as some would like to paint her as such, and understands the consequences of each of her various actions, but she also has a solid understanding of what she deserves. She has an instinctual ability to gauge people’s true intentions. Despite her husband’s angry accusations and behaviour towards her, she is firm in her belief that they are both good people tossed into a complicated situation. Most importantly, she is assured in her sexuality and in her own integrity, regardless of her existence as a lesbian in the 1950s. From Carol, I learned to trust in my own morals and hold fast to my confidence in my sexuality.

There are not enough words to aptly describe the impact Leia Organa has had on my life, but I am going to try my best. My admiration of a strong-willed, mostly-Jewish, princess-turned-general, who fights against an overtly fascist regime and dictator, is fairly self-explanatory. More than that, Leia is balletic, astute, perceptive, and driven. She fights desperately for her vision of a better, more democratic life for her galaxy and her people. Leia is almost a universal beacon of female strength and power, at least in my eyes. She is the first to a fight – if the situation calls for it – but she never rushes into anything without deep thought and examination. She relies on those around her and understands the value that others have on her life. From Leia, I learned confidence in myself and trust in those close to me.

Time, language, and knowledge flow and bend around Louise as mist does through a forest. She is both the center of her story and a spectator of the past, present, and future. A wildly intelligent linguistics professor, Louise joins a team of scientists, academics, and military officials when extraterrestrial ships touch down in twelve locations across the world. Decoding an alien species while her understanding of time itself unravels at her feet, Louise has a level head, a bold and fearless nature, and a profound curiosity to learn. Interested in languages myself, I found Louise fascinating from the opening notes of the film. Her insight into everything from the fundamental basis of language to the breakdown of language at its most complex form entirely mesmerized me. Her curiosity and thirst for knowledge fueled my own, and ultimately saved the world. From Louise, I learned to appreciate inquisitiveness as a true strength of being.