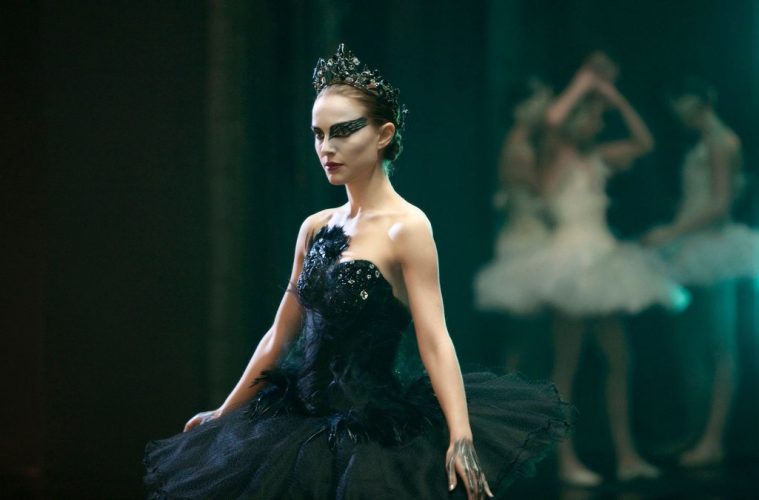 10 Cinematic Reinventions for the Worse

The term “reinvention” is an exciting one that possesses uplifting and refreshing connotations. When applied to a person, it suggests a positive transformation in their life, be it physically, mentally or spiritually. If you were to ask someone to think of a person who ~reinvented~ themselves, a lot of people would think of their middle-class friend from college who returned from their gap year in Thailand extremely passionate about healing crystals and feeling very strongly that someone should help the impoverished people they saw there. These middle-class mates are the same reason why people would think of films about white people being white people – Eat, Pray, Love (2010) and The Ramen Girl (2008), for example – when asked about films about reinvention.

However, not every personal reinvention in life and in film is as light-hearted and frivolous as the superficial pseudo-spiritual awakening of a white woman. Sometimes one’s physical, mental, or spiritual reinvention can be one of debilitation and downfall, and sometimes these tales are told through film. The list compiled represents some of the most interesting, yet unfortunate, reinvention stories captured on-screen.

Todd Solondz’s ironically titled Happiness follows three sisters who find that their lives are simultaneously beginning – or continuing – to fall apart. Eldest sister, Trish, boasts that she “has it all,” while her younger siblings, Helen and Joy, are dissatisfied and striving for change. Helen is jaded by the glamorous life she lives as a successful novelist, and wishes to experience some true grit. Joy is mentally exhausted, emotionally unstable, and desperately searching for some purpose and a partner. As Helen and Joy try to reinvent their lives, their older sister finds her life rapidly and horrifically reshaped for her. The film is heavy with upsetting and obscene subject matter that make it at times almost unbearable to watch, but Phillip Seymour Hoffman’s beautiful performance as Helen’s perverted neighbour makes it a must-see movie.

Thirteen is adrenaline-fuelled and extremely emotional, capturing perfectly what being a teenager feels like, and the raw energy throughout makes its ending especially gut-wrenchingly cathartic. The film begins with troubled teen Tracy reinventing herself through thieving and fashion, as stealing a purse and procuring a wardrobe that would make any Instagram goth proud earns her the position of popular girl Evie’s best friend. As Tracy and Evie grow to be inseparable, Tracy also grows increasingly distant from her family and incredibly self-destructive, frequently engaging in underage sex, drug taking, and self-harm. The tragic and terrifying qualities of the film are only emphasized when you discover that then fourteen-year-old Nikki Reed, who played Evie, co-wrote the screenplay and loosely based it on her own life.

Trainspotting has often been accused of glamorizing heroin use. Which part of the film does this exactly I am entirely unsure of, as nothing about HIV, dead babies, or prison sentences screams ‘glamour’ to me. Protagonist Renton’s several attempts and failures throughout the film to reinvent himself and “choose life” after years of choosing heroin emphasize how dangerous and completely undesirable use of the drug is. The screenplay is laden with genius dark comedy, both in dialogue and visual humour, which prevents it from being too harrowing to watch. Despite this, Trainspotting is a visceral experience, with the combination of incredible direction and stellar performances making the movie so intensely engaging that it is impossible not to be deeply impacted by the characters and their experiences.

The 1990s were loaded with movies that questioned the authenticity of American suburbia and half-heartedly took a stab at the material and capitalist values it’s rooted in. Examples include Fight Club (1999) and the aforementioned Happiness (1998), but arguably, the defining film of this particular genre is American Beauty, which focuses on a dysfunctional and deteriorating middle-class family. Lester is having a midlife crisis; his wife, Carolyn, is having an affair; and his daughter, Jane, is having issues with self-esteem and identity. The film portrays Lester’s journey of self-reinvention in a sympathetic light, despite the catalyst for his midlife crisis being his desire to bed his daughter’s sixteen-year-old best friend. Lester begins to spend his days working out and getting stoned. His reckless avoidance of adult responsibility and his paedophilic pursuit of high schooler Angela are celebrated within the film, as Lester is finally ‘free.’ While Jane is clearly affected by the collapse of her parents’ marriage and by her father preying on her only friend, this is all greatly downplayed within the film. Experiencing the events through Jane’s eyes, as opposed to Lester’s, makes the movie a much more moving one in my opinion. 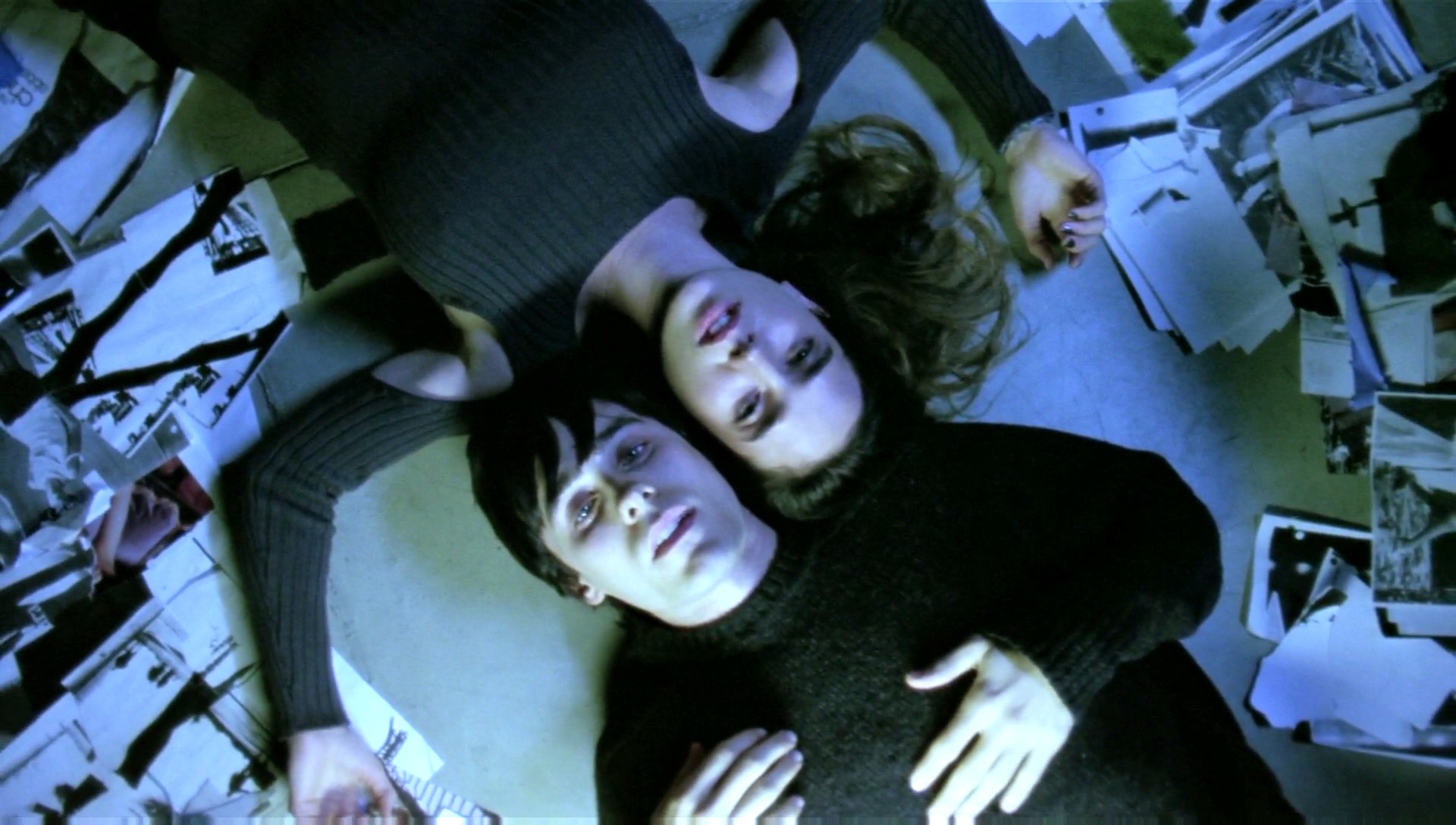 ‘Requiem for a Dream’ | Photo: Media in Review

This movie makes for a hard-hitting advertisement against drugs as it follows a young group of friends as they sink to disturbing levels of desperation and depravity in an attempt to sustain their heroin habits. The film also features Ellen Burstyn as Jared Leto’s character’s elderly mother, who forms a dangerous drug addiction herself as a result of her developing eating disorder. The characters attempt to reinvent themselves as big time drug dealers and reality TV stars, and the results make the film one of the most harrowing and hard to watch.

This modern-day classic tells the remarkable story of a man who, despite having a low IQ that gave his peers low expectations, managed to live life so fully that he unknowingly participated in some of the United States’ most significant historical moments. The film also gives us glimpses into the life of Forrest’s childhood sweetheart, Jenny. Jenny struggles to move on from her traumatic childhood, and the film sees her constantly reinventing herself in a determined effort to escape the demons of her past. As she darts between cities and subcultures, she struggles with abusing drugs and abusive partners. Jenny’s constant battle to reinvent herself is made particularly clear in how the majority of Forrest Gump’s audience tend not to accept her, misinterpreting her aloofness as cruelty towards Forrest rather than an attempt to protect them both.

The German cult classic, which features both an appearance and soundtrack from David Bowie, is based on the true story of thirteen-year-old West Berliner, Christiane, and her friends, all of whom are struggling with an addiction to heroin. The film is not an easy one to watch, and not just because it is subtitled. Each scene is more upsetting than the next, with Christiane turning to child prostitution and stealing from her own family to fund her addiction. One of the most distressing scenes is her and her boyfriend’s attempt to get clean cold turkey and turn their lives around. The scene is particularly painful as soon as it becomes evident that the excruciating agony and sickness they suffer through to reinvent themselves does not pay off.

Eternal Sunshine of the Spotless Mind (2004)

Eternal Sunshine rocketed to both critical acclaim and cult status upon its release. The science fiction love story sees the heartbroken Jim Carrey undergo a treatment that will erase from memory his former relationship with Kate Winslet, after learning she has already received the treatment herself. The story is told in an anachronistic order that reflects one’s struggle to recollect their thoughts, and the film cuts between Carrey’s past attempt at reinvention and his present encounter with Winslet, whom he no longer remembers. Whether you love sci-fi but hate romantic dramas, or vice versa, it is almost a guarantee that you will love the combination of the genres in Eternal Sunshine, with its stunning cinematography and intricate script making it an interesting watch.

The second Aronofsky film to appear on the list, Black Swan tells the story of Nina the ballerina, who desperately wants to secure the role of the Black Swan in an upcoming production of Swan Lake. The film is a stunning portrayal of obsession and self-destruction, as Nina falls into insanity while trying to reinvent herself to prove she has the edge and attitude to play the part of the ballet’s villain.