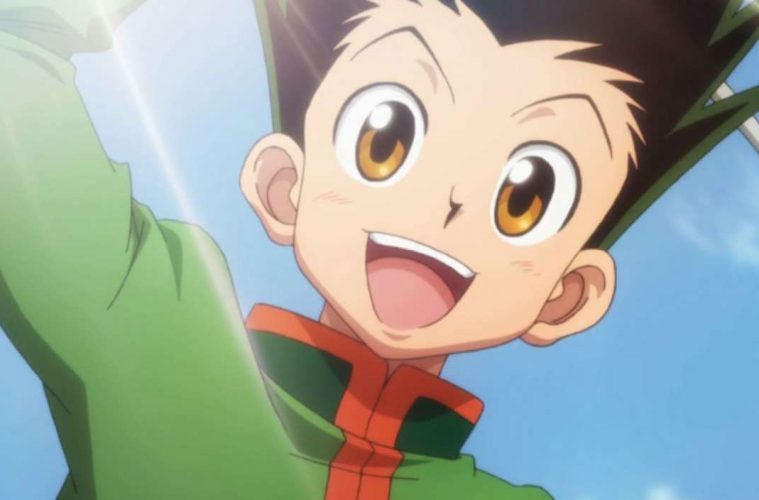 Childhood for many of us revolved around waking up early on Saturday mornings with a bowl of sugary cereal and watching cartoons. Everyone had their own personal favourite shows, and two fan favourites among viewers were Dragon Ball Z and Naruto. What made these two shows so likeable, and what they had in common, were their action-packed narratives led by driven but naïve male protagonists as they set out on fantastical adventures. This formula is the foundation for the popular anime subtype known as shounen anime, which both series fall under. However, a select few shounen series diverge from this somewhat predictable structure by changing a few specific story elements.

Hunter x Hunter reinvents typical shounen anime archetypes in terms of both character development and presentation. For example, it is not uncommon in shounen from the beginning of a series for the protagonist to be extraordinary and well-known in their universe just for being born. It’s a given that the main character, with their exceptional abilities, will become some sort of professional combatant at a prestigious academy, part of an elite organization, or attract fantastical companions to aid them on their quest. They will experience a turbulent beginning to their career before seemingly reaching an infinite level of power, where they essentially win all of their battles, despite obstacles or challenging fights along the way. The power of their brute force alone allows them to overcome any opponent, even if this opponent initially appears to replicate or exceed their maximum power potential. Whenever the protagonist is backed into seemingly inescapable defeat by their opponent, a deus ex machina is all too often introduced, relating either to the protagonist discovering an unknown strength, or by exploiting an opponent’s previously unknown weakness. The protagonist is granted an easy out before the antagonist’s agenda is broadened beyond solely defeating the protagonist.

Hunter x Hunter satisfies many of the typical shounen narrative points. However, when it comes to the main character, Gon, his closest companion, Killua, and the multiple antagonists of the series, the show reinvents how these characters should be interpreted by the audience and shies away from the same kind of escapism shounen usually provides.

At first, it appears that Hunter x Hunter will fulfill typical shounen archetypes, with the opening scene of Gon catching a magical fish known as “Master of the Swamp” in the village river. Although Gon is introduced as an extraordinary character, compared to the other Hunter Exam participants, he is out of his league in terms of skill. What allows him to triumph in the face of opponents more powerful than him is his ability to either problem-solve in the moment or, if given time, construct a careful plan that relies largely on perfect timing, concentration, and assumed reactions from the opponent. 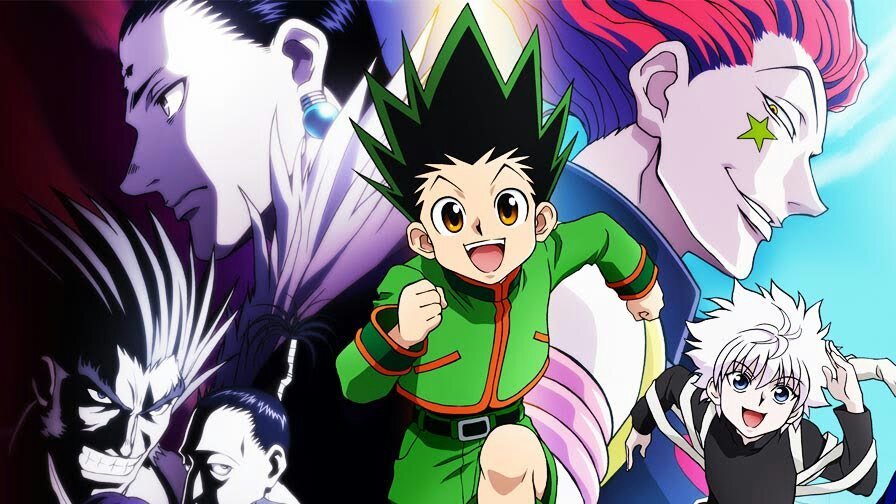 However, as the audience becomes more acquainted with the Hunter x Hunter storyline, certain challenges arise that prevent Gon from coming up with these logical solutions. This is due to a previously established emotional investment to the circumstantial causes and effects of some of these challenges. In the face of challenges, obstacles, or opponents that bring a strong emotional resonance to the surface, Gon’s emotions completely consume him. In turn, he is forced to make personal sacrifices to fulfill a self-righteous sense of justice that abides by his personal agenda and set of virtues. The challenges that involve emotional investment on Gon’s behalf always come with their own set of repercussions, even when he is victorious. All of the elements necessary to form emotionally significant challenges are deeply rooted in the narrative, making the action scenes related to these challenges some of the most important in the series. For example, in the 2011 version of Hunter x Hunter, Gon avenges the death of Kite, who, according to the manga, is like a father figure to him. His opponent is much more powerful than he is, and Gon therefore must make a large personal sacrifice before going into the battle, in addition to several other morality-based sacrifices along the way.

The relatability of the emotionally based challenges, and Gon’s lack of fulfillment upon being victorious, reduce the effect of escapism shounen usually offers after any grand-scale fight scenes. When Gon faces an opponent who does not represent a catastrophic emotional loss, winning or losing always has a positive outcome for him in the long term. Upon losing, Gon has learned more about the opponent, his self-esteem is barely lowered, and these losses keep him level-headed and not overly confident. Upon winning, Gon has successfully practiced an improvised problem-solving skill – in Gon’s case, strength related to brute force alone almost never parallels his opponents’. Willpower, confidence, and on-the-spot problem-solving are all extremely important elements of Gon’s fighting style and ability to be victorious against opponents.

Due to Gon’s consistent optimism and open-mindedness, he is a likeable character. The dynamics of his interpersonal relationships say a lot about his character. He is inclusive towards everyone he meets and loyal to his friends. He has one friend, Killua, who remains by his side throughout the entire series. Killua is another example of a Hunter x Hunter character who diverges from what the audience expects from a shounen sidekick. Although Gon is the protagonist of the series, the audience is better acquainted with Killua due to his tendency to relay internal monologues to the audience. These provide direct insight into his true feelings, contained within a self-recognized evaluation of a given situation or circumstance.

Although Killua’s character is still largely romanticized, since he was raised by a family of famous assassins, he is the most representative of certain psychoanalytical phenomena. These conditions form his primary obstacles. For example, at the beginning of the series, Killua’s only objective is to make a friend, after his history of isolation. Once a friendship is established between Killua and Gon, Killua’s first major obstacle in the series is overcoming his fear of losing Gon as a friend. Killua’s older brother perpetuates this idea during an exchange that mimics the psychoanalytical phenomenon of transference. Killua’s older brother makes him believe that Gon will eventually reject Killua’s friendship due to his history as an assassin, and that Killua is incapable of ever having or making friends. His older brother’s discouragement is referenced again later on in the series. This time, however, his brother’s domineering words are heard through a microchip implanted in his temple. Until he discovers this, Killua had led himself to believe that he was mentally repeating his brother’s words because they were the truth. Upon removing the microchip, an allegory for him overcoming the preconceived belief that his behaviour in the past will indefinitely decide his behaviour in the present and future, the atmosphere changes and Killua’s confidence in himself is regained. 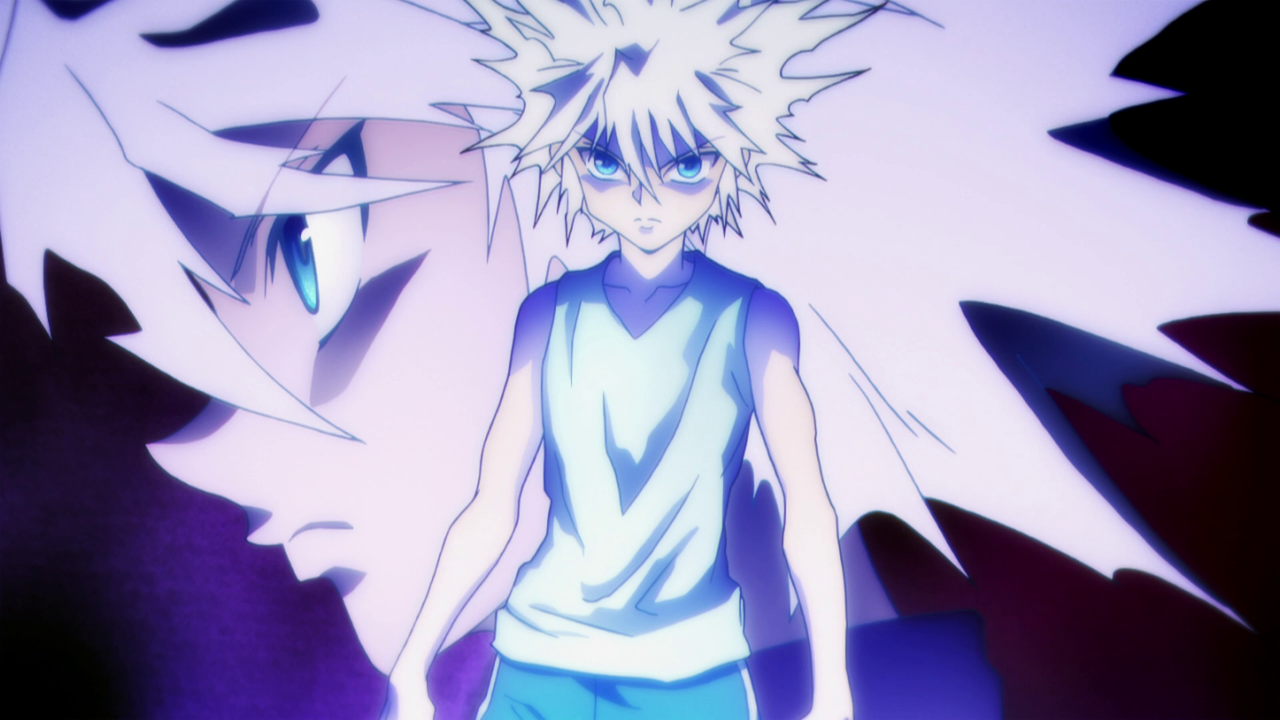 Based on the internal monologues and body language cues witnessed only by the audience, Killua is the most anxious character, which directly conflicts with the persona he projects. In some cases, his inner turmoil drives a wedge between Gon and himself. He feels as though he can’t fully support Gon’s hasty and emotionally based decisions, and Gon doesn’t understand the thought process behind Killua’s hesitation to support him. Unique to the typical secondary character in shounen, Killua’s private demeanor towards his peers, juxtaposed with an emotional openness towards the audience, provides his character with more depth than any other character in the series. It also makes him the easiest to understand due to the complexity of his true and masked personas.

Not all shounen antagonists subscribe to this formula. Sometimes, they can pose a massive challenge to the protagonist, granting their cause more prevalence. The major antagonists of Hunter x Hunter differ because not only are they naturally way more experienced and powerful than the protagonists, but their goals also abstain from fulfilling a larger purpose. Instead, they tend to let their desires based solely on personal impulse decide their agendas. Hisoka has something that could be described as a power fetish, seeking out opponents with powerful reputations so that he may defeat them. The Phantom Troupe engages in mass murders, pilfering valuable items. Their group as a collective has many rules and specific agendas, but each member’s personal desire is unclear. (Although, there is evidence that they all have separate individual agendas as well.)

Mereum is probably the most interesting diversion from the typical villain archetype that Hunter x Hunter has to offer because he is born a biologically superior being, with the notion that he is destined to be the king of the world rooted into his brain. Even so, he is not that interested in leading, but rather is preoccupied with trying to maintain superiority of a calibre set by his own standards. He has the reverse of delusions of grandeur, where he does not feel as though he has earned his position, so he must practice strength in all areas, including strategic games. Once he meets an opponent impossible to beat at a particular strategic game, his preconceived belief that the human race is full of physically weak beings is changed, as he recognizes that strength manifests in many ways other than physically. Therefore, none of the antagonists have a specific relationship to Gon. They sometimes cross paths, resulting in disturbing encounters, but they mostly all simply exist in the same universe.

The extent to which all the characters in Hunter x Hunter develop ends up limiting the effect of escapism on the audience in certain ways and enriching it in others. It creates a larger quantity of relatable characters, but none of these characters successfully fulfill a heroic or villainous persona, and their motivations go through extensive reformation. The type of escapism that shounen anime usually promotes is romanticized. The action-packed series is still a shounen anime, but the characters are unpredictable, either lacking a specific purpose, or diverging from the purpose set out for them by external forces early on.