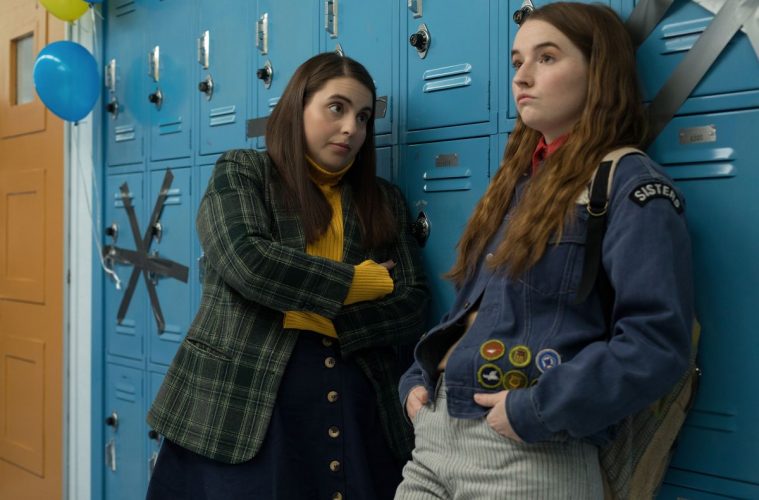 ‘Booksmart’: Am I Failing or Am I Misdefining Success?

When I was a senior in high school, a fear of failure began to take shape in me that has been pooling ever since. It’s not a constant, alarming fear. It’s a matter-of-fact kind of fear, as if there’s been a mosquito hovering just behind my head for years and I don’t know a life without its faint buzz. It ebbs slightly when the person I dream of being feels within reach and returns as I wait for the next success. It catches me in my quiet moments, when I think about the comforts I want to give my family one day, or the way I want others to speak of me when I’m gone.

Not long into Booksmart, it dawns on academic overachiever Amy (played by the indelible Beanie Feldstein) that this false dichotomy between Ivy League education and high school hooliganism that she has constructed—and dutifully lived by—isn’t the either-or reality she thought it was. The girl who has sex got into a good school, she learns. The guy who smokes weed got a gig at Google, she learns. We contain multitudes, she learns.

She begins a rampage, rushing to the nearest aloof-looking high-schooler and asking where they’re going to school next year. Stanford. Georgetown. Harvard.

Beneath the uncomfortable laughter, I couldn’t help but cringe. I couldn’t help but realize that if I knew Amy, I wouldn’t particularly like her. On the one hand, it’s because the film has its blind spots and this scene makes them particularly glaring. On the other hand, it’s because I see my own tunnel-visioned definition of success in Amy’s widened eyes, stoked by the need to prove myself as a woman, and a woman of colour, in the spaces that lack us.

On the one hand, there are subscripts to this scene, and in the foundation of Amy’s character, that the film fails to properly address. For instance, as Amy grills her classmates on their future institutions, she makes judgements about them that are deeply elitist and tinged by class. The movie seems to gloss over the abundance of privilege contained in a school with a graduating class that all seem bound for Ivy Leagues, able to afford some of the highest tuitions in the country and the costly opportunities needed to get there. It’s not just about challenging assumptions of their character. It’s also about access.

Plus, while Booksmart joins the ranks of recent much-needed narratives about female friendships and unconventional heroines, it also joins the ranks of recent films about white women. Were it to feature a more racially inclusive friendship featuring women of colour, it might recognize that the protagonists’ oversimplified conceptions of success are also deeply racialized. It might look more critically at Molly’s post-grad plans of “making tampons in Botswana” or the difficulty for women of colour to enter historically white and racist institutions.

But on the other hand, Amy also reminds me of every young woman I know, including myself. She reminds me of the worry of being forgotten, of the fear of falling behind, and of the anxiety that grips us when we can’t be all perfect, always. When women are consistently marketed a scarcity of success, it seems that every woman will settle for nothing less than being the next Michelle Obama, while men seem to get accolades for being average.

You don’t need to flip through my Bullet Journal to know that I’ve always been a planner. Everything from grocery lists to my 10-year Life Plan have been neurotically mapped out. Law degree by 24. PhD by 30. Dream job by 35. Give or take a couple of years, I would think, feeling generous.

But a while ago—perhaps when my journey shifted to reveal an unconventional path to where I wanted to go, or when it became clear that my being a brown woman would always colour the way the gatekeepers of certain spaces measure my intrinsic value—I grew to learn that the narrow ways that we define success, by access and ability rather than by inclusion and community, keep women, especially women of colour, collectively failing in this script of success we all tell ourselves.

It’s easy enough to recognize that the education system is flawed, but, when you spend years measuring your own worth by a degree or a job, it becomes a lot more difficult to extricate yourself from this definition of success. But the unwinding begins when we almost lose the things closest to us. This is what I remember when, halfway through the film, Amy and Molly fight explosively in the middle of a party—people watching, phones flashing, tears in both of their eyes. It made me want to turn to my best friend next to me in the theatre and tell her how little any of my wins would matter if I couldn’t share them with her. How hollow my successes would ring without her to navigate the losses with.

“I see you now,” Amy tells an audience of her robed peers at the end. When she recognizes her peers as real people, with complex, multi-layered journeys to get to where they’re going, I think she also realizes that what she wants to do—and what she’ll probably succeed at doing—isn’t everything. If she is critical of herself and the spaces she occupies, she will continue to learn that it doesn’t make her more successful than anyone, in the simplest, purest sense.

When my sister, now 16, tells me how terrified she is of getting a bad grade or missing a club meeting, I hear my teenaged voice in hers. I hear a young woman’s internalized fear of failure, and, more deeply, the way that we’ve been conditioned to perceive success. But when she speaks to her friends or tells me a story, I hear a smart, compassionate, ambitious girl who will grow to be a smart, compassionate, ambitious woman. I hear that she’ll be successful.