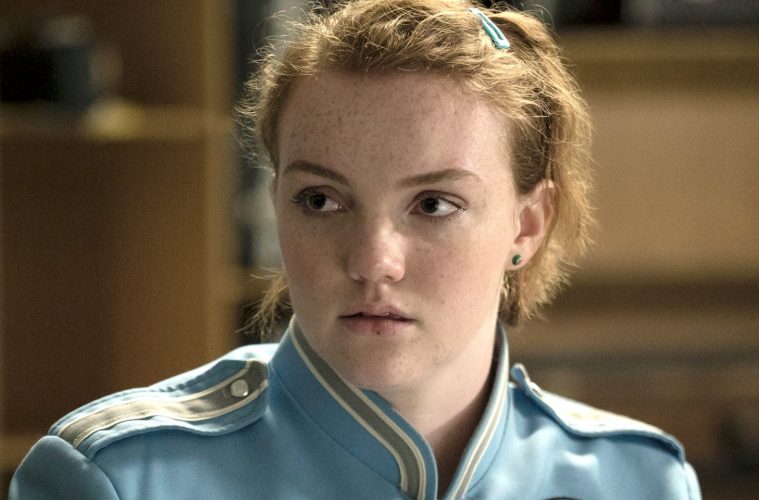 ‘Sierra Burgess Is a Loser’ and the Value in Being Ordinary

The trailer for Sierra Burgess Is a Loser was released not too long after the one released for Insatiable, a show that was heavily criticized for its provincial ideals and use of the fat-girl-turns-into-skinny-hot-girl-whom-everybody-falls-in-love-with trope. On Twitter, someone said people should watch Sierra Burgess instead, as the film seemingly characterized Sierra and her body in a more positive light. When I watched the trailer, I was pleasantly surprised to see Sierra clap back at those who bullied her about her weight/appearance. And despite being turned off by the catfishing plot point––a major component of the film––as well as the cast being quite homogenous, I decided to watch it one night to kill some time.

It was to be expected that the film disappointed me in various ways––the character dynamics were extremely dated, and in a time when we’re regularly learning more about healthy sexual/romantic relationships and the ways we facilitate them, the glorification of catfishing and disregard for consent, and the way Sierra is rewarded for these actions, were incredibly unsettlingly to me as a viewer. Despite the film being grossly, culturally insensitive, there was one part I thought was incredible––a moment that has stayed with me to this day. Sierra steps out of the shower, walks over to her sink, looks at her reflection in the mirror, points, and says, “You are a magnificent beast.” And at merely two minutes into the film, it’s undoubtedly the best part.

As a black woman with a degree of knowledge in my own cultural history, characterizing myself in any animalistic manner is something I’d normally refrain from, but the sentiment of being “magnificent” in a body that other people/society deem flawed and undesirable has definitely been a method I’ve employed in the uphill battle that is body positivity. As I’ve gotten older, accepting and loving my body has gradually become an easier feat only for the fact that I’ve matured, which is why seeing Sierra—a high school student—both understanding her flaws and seeing the value in them was truly profound to me.

While I wasn’t in the throes of the American education system as a teenager, Sierra’s exhaustion in upholding a reputable academic resume was all too familiar for me. When I was 16 years old, I got a scholarship to a prestigious private school where having stellar grades and multiple extracurriculars under one’s belt was the norm amongst the student body. And while no one scoffed at my grades or lack of talent (like Sierra’s guidance counsellor does when she tells her that she can speak two languages), I definitely resonated with the paranoia of making myself more intelligent and academically proficient while preparing to apply to post-secondary education. Except that the process isn’t paranoia to Sierra: Making herself stand out to colleges is rather a very minor aspect of her life––a mere scene or two in between her quest to get closer to her catfish victim, Jamie.

Sierra’s desire to not be “a teenage girl who looks like this,” for me, encapsulated that really intense, teenage frustration and feeling of stagnation in your inability to be anything greater than yourself. More significantly, it underscored the perspective upheld by the film’s other characters, that one must change in order to reap some benefit. Veronica lets Sierra tutor her because she wants to seem more intelligent to get her ex-boyfriend back. Dan tries out for the track team alongside Sierra because he figures it would look good on his school applications, too.

And despite its central use of the dated popular-mean girl/hot-but-nice jock/girl-next-door triad, the film accurately showcases social media’s prominence in our current era and the subsequent anxieties that may arise in the dichotomies of existing both offline and online. Dan tells Sierra about his wishes to get more views on his vlogs to pique the interests of media companies like Vice. Veronica gloats about her apparent relevance on social media in reference to her Instagram account––“[I have] 1000 followers, [I’m] following zero.” We’ve seen time and time again the lucrative business opportunities that being successful on platforms like YouTube and Instagram have granted many content-creators. There is pressure to succeed within these spheres, to stand out—not solely for instant gratification, but because the awards promised for one’s relevancy are legitimate. And although the nuances in wanting to be attractive to a romantic interest, media network, or educational institution vary, the desire for validation and the weight of significance Sierra and her friends allot to said validation are quite similar. Towards the end of the film, Sierra writes the song “Sunflower,” singing, “I’m a sunflower / a little funny / If I were a rose / maybe you’d pick me.” These lyrics could’ve been penned by any of the film’s central characters.

In response to Sierra’s song, her father tells her that she’s not only beautiful but a talented writer. While acknowledging the other, intangible aspects of someone’s identity, like their creativity and intelligence, is a sincere way to validate someone outside of an insecurity that they may have, there are still people for whom this method is ineffective. Insecurities may arise from aspects of one’s life that have high stakes, such as an education or stable income, the success of a personal brand. And so, where do we go from there?

Although it may be difficult, it’s important to remember that it’s okay to be ordinary—even in an era where standing out (on the internet, in a graduating class vying for admission to post-secondary institutions, etc.) is a prominent goal. Just because we may not be at the standard we want ourselves to be, that external voices behoove us to be, it doesn’t mean that we are any less valuable and that our place in the world is any less significant. At the end of the day, wanting to improve ourselves—physically, mentally, intellectually, socially—and the ways we go about doing so are a lot healthier when our efforts aren’t grounded in feelings of worthlessness or inadequacy. Maybe the sheer dissatisfaction in oneself inhabited by the characters in Sierra Burgess is a rite of passage in adolescence, something that everybody must go through and one day grow out of. Maybe it doesn’t have to be.