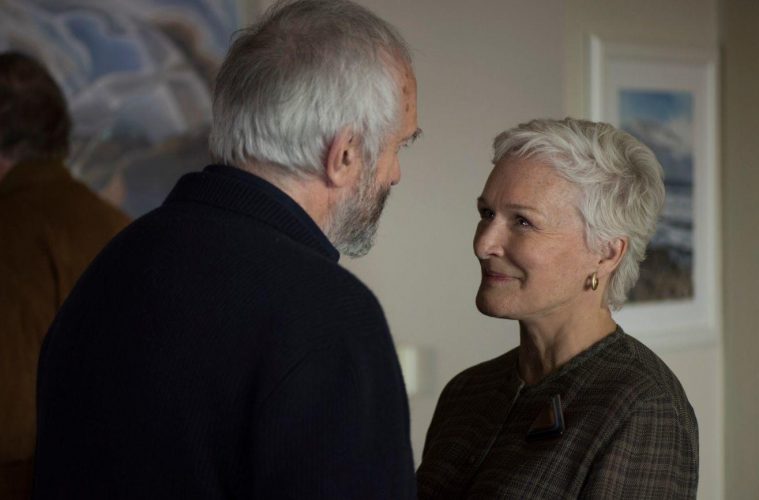 Something that gets de-emphasized in discussions about Cynthia Lennon, John Lennon’s first wife, is that she was an artist. (Perhaps the only charming thing left about John Lennon is that he married two women artists in his lifetime.) However, it seems that the only reference to her own artistic ambitions is the oft-recited fact that she met John at college in a lettering course – her art made important only in relation to his. I think about her work a lot, not because it is necessarily good but because there was so much potential in it. She caricaturizes her friends and her ex-husband in a way that indicates a special talent for capturing and translating intimacy with the subject. But most importantly, in making and exhibiting these drawings, she made her mark, claiming her space in the Beatles legacy. While her work borders on the sentimental, that she uses it to assert her space – to say “I was here” – is a kind of creation of power.

Cynthia Lennon’s oft-forgotten art is not a new phenomenon in the art world. Women artists (including directors, writers, painters, musicians, etc.) are often overshadowed by their male counterparts. Because art created by women is often overlooked or undervalued, there have been several cases throughout history of misattribution of a woman’s art to a man. Big Eyes, Colette, and The Wife are three recent films that study real and fictional women whose art was misattributed to their husband for a large portion of their career. All three films have moments of brilliance; each is helmed by an actress who majors in the minute moments of someone on the verge of breakdown or breakthrough. These films examine the power structures in place that hinder these artists, and how they fight to upend them.

Big Eyes (2014) is a biopic about kitsch artist Margaret Keane’s (Amy Adams) legal battle to claim authorship of her paintings, which had been credited to her second husband, Walter (Christoph Waltz), for much of her career. Walter coerced Margaret to create painting after painting of her signature “big-eyed waifs,” and claimed that he painted them, knowing that they would be valued higher if a man had done so.

Before meeting Walter, art is a kind of liberation for Margaret. Not only does it give her the ability to support herself and her daughter as a furniture painter in San Francisco after leaving her first husband, it also gives her an emotional outlet. Soft-spoken and shy, Margaret uses her big-eyed waifs to explore her sadness and joy. On canvas, she can speak more easily.

As the film progresses, however, we see Margaret Keane’s art become her prison. At Walter’s insistence, she paints big-eyed girls in a studio in private for several hours a day. Echoing her first profession as a painter in a factory, she churns out painting after painting of her big-eyed girls, all with her shared last name, KEANE, printed in capitals at the bottom. But her paintings resonate with art buyers, and the Keanes become successes. A gallerist (Jason Schwartzman) who had previously rejected Walter’s own paintings now sees the big-eyed girls and mumbles, “Christ, it’s a movement.” We as viewers are left to ponder whether it would have been a movement at all if she had been given credit for her work all along. When Walter offers up a ridiculous story about how the waifs were inspired by orphans he saw in post-war Europe, he is believed.

To reclaim ownership of her art, Margaret takes Walter to court. In the film’s most famous scene, Walter and Margaret are asked by the judge to paint a big-eyed waif portrait to prove ownership. While Walter claims that he has a shoulder injury that prevents him from painting, Margaret completes a waif painting, winning her case on the grounds of defamation and emotional distress. We learn in closing cards that Walter disputed the case until his death in 2000, and that Margaret, still alive, paints every day. Art becoming her liberation once more.

Colette (2018), also a biopic, follows the artistic coming-of-age of the Belle Époque French novelist, Sidonie-Gabrielle Colette (Keira Knightley), who penned a series of extremely popular novels based on her own adolescence, centered around a character named Claudine. She wrote them as a part of her husband Willy’s (Dominic West) factory-style approach to publishing, wherein he outsourced writing to a few novelists, including his wife, to write under his name. The film follows her artistic growth and mounting notoriety as the novels become more and more famous and more and more people question their true authorship.

In contrast to Big Eyes, Colette is not interested in including the actual legal battle for ownership over the Claudine stories in the film proper; we learn in the closing cards that she disputed authorship in court and won. Rather, the film is focused on how she used said artistic development to accrue power. If a künstlerroman is a novel that is focused on the artistic development of an artist, Colette is a true künstlerfilme.

Colette is interested in the complexity of ownership: Willy outsources ideas to a “factory” of writers who fill out the plot; paying them, but putting his name alone on the cover to take credit for the work produced. The film depicts the popularity of the Claudine novels as playing a major role in shaping Parisian Belle Époque culture. Women who read the novels try to emulate their titular character, and a common refrain, from actresses to mistresses, is “I am the real Claudine.” As Colette’s novels become more popular, Willy imposes limitations on what she may create, ensuring her that she has free reign to write whatever story she likes, so long as it is about Claudine. As this rule stifles her artistic expression, Colette turns to other forms of art to explore herself. She studies dance, acting, and mimicry. She even explores her sexuality, having affairs with women and non-binary people.

Eventually, Willy sells the rights to the Claudine stories in perpetuity. Colette cries, “You have killed our child.” The one thing she had was ownership of the stories through her husband. In one terrible business deal in which she has no say, Colette loses all of her power. This loss of control inspires her to take up other forms of art in earnest, pursuing mimicry and acting full time with her non-binary partner.

The Wife is the most recent addition to the canon of women artists being stripped of their ownership and their power. Unlike Big Eyes and Colette, this story is fictional, adapted from a novel by Meg Wolitzer. But the same issues of art, power, and gender come into play. The film is a commentary on the systems of power that determine which art is good and which art is bad, and how these systems continually undermine artists who are not straight, white men. In both the present and the past, Joan (played by real-life mother and daughter, Glenn Close and Annie Starke) faces two separate institutions – the Nobel Prize committee and academia, respectively – that undervalue her as a person and writer.

The film follows Joan and Joe (Jonathan Pryce), an older married couple, as they travel to Sweden so that Joe can accept his Nobel Prize in literature. In interspersed flashbacks, we learn Joan and Joe’s romantic origin story. As a student, Joan is praised by Joe (her then-professor) as a great writer, if emotionally repressed. Joan argues, like a good modernist, that the repression is the point of her work. Her defense of her work and her talent impresses Joe and they begin an affair, later marrying.

Joan attends a reading by an alumna who’s an author. Made cynical for having to navigate the publishing world as a woman writer in the 1950s, she advises Joan to pick something other than writing as an outlet. When Joan counters that a writer must write, the alumna responds, “A writer must be read.” Her advice affects Joan; she sees a future of writing novels that will, at best, be placed on the alumna shelf at her alma mater to collect dust. When Joe approaches Joan for help editing his work, she complies and reshapes his novel to eventual critical acclaim. The flashbacks in the film show that their roles eventually reverse; Joan begins secretly writing the novels herself with Joe lightly editing them. This practice goes on for decades, Joan writing in her studio as Joe watches over her work, offering commentary that she ignores. Her work is read and celebrated, but under her husband’s name.

Joan melts down into righteous fury as she and her husband argue after he wins the Nobel Prize. As dignitaries shower praise on him, everything clicks into place for her; for the entirety of their careers as artists, Joe has devalued her as both woman and artist. He is unfaithful and demeaning, flirting with young Swedish photographers and laughingly telling the press that he’s thankful his wife is not a writer. It is evident that Joan doesn’t want recognition from the world as the genius behind Joe Castleman, but to be treated with dignity by the man she propelled to literary stardom.

Unlike Margaret Keane and Colette, Joan Castleman does not seek to claim ownership of the work she produced under Joe’s name. After his death by a heart attack, Joan warns a journalist (Christian Slater) that if he publishes anything that would undermine Joe’s career, such as allegations that she was the true author of the books, she will sue him. But she assures her son that she will tell him the truth in due time. Her ability to choose how much she wants to reveal, and to whom, indicates an accrual of power that she had not had in her husband’s lifetime. And her decision to keep their secret private after Joe’s death is a final show of grace that she was not afforded by him.

Big Eyes, Colette, and The Wife may all be variations on a similar plotline, but their point of divergence is how each artist obtains power after years of being objectified and belittled by the power structures perpetuated by their respective artistic worlds. Each woman experiences a breaking point wherein they cannot be party to misattribution any longer, and seeks to rectify their situation to their own level of comfort and satisfaction. This is what makes them powerful.