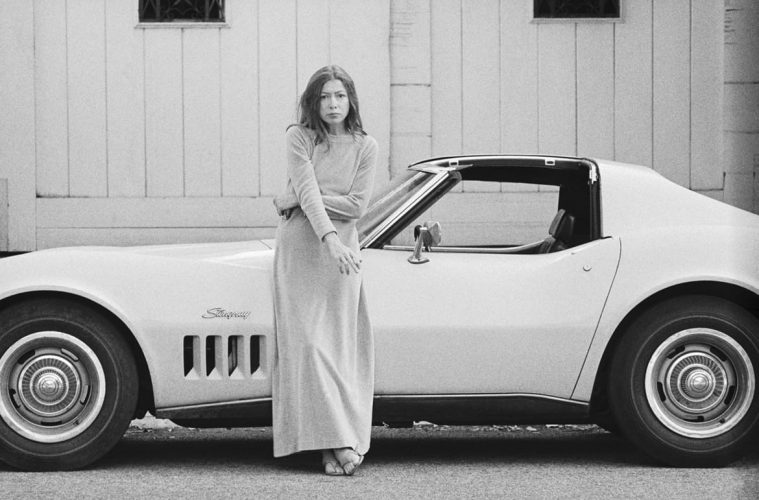 Things Fall Apart to Come Together: Joan Didion and the Power of Grief

In my head, she’s just Joan. Having underlined and highlighted until my copies of her books grew unrecognizable, and now having seen her speak to the camera with a clarity so pervasive that it pushes my mind off center, her body frail but her arms expressive, everything about Joan Didion seems too familiar to me for pleasantries.

In the opening of Joan Didion: The Center Will Not Hold, an intimate documentary on Didion directed by her nephew, Griffin Dunne, her voice reads aloud an oft-quoted sentence from the prologue of Slouching Towards Bethlehem, her first essay collection. Speaking of her visits to San Francisco in the summer of 1967, she reads, “It is the first time I had dealt, directly and flatly, with the evidence of atomization, the proof that things fall apart.”

Things fall apart throughout Didion’s work. Much of what she has written centers around grief and its inherent pull. It is the kind of losing a husband as she has, the kind of losing a child as she has, or the kind that sits in all of us, that pushes things to fall apart so they can come together again. The kind that moves us away from an understanding of grief as tears and temporary sadnesses, folded manageably into our days, but rather of grief as powerful, as that which binds us when it seems “the center will not hold.”

The story that became Slouching Towards Bethlehem, which later expanded into the collection of the same title, the first real jewel to her decorated name, was written about the hippie generation of 60s California. “When [my contact and I] get there, I see a child on the living room floor,” she writes, “licking her lips in concentration. The only thing off about her is that she’s wearing white lipstick. ‘Five years old,’ he says. ‘On acid.’” Didion’s daughter, Quintana Roo, was two years old at the time that this was written. An image of her and her daughter widens on-screen. “It was particularly vivid to me to see these other children,” says Didion’s younger voice. The recording sounds slightly hollow, as if Didion is speaking to me alone over the phone, like an old friend sharing the grief of a fraught time.

Didion writes the reality of a generation pushed perpetually off-balance by all that was broken. “The center was not holding,” she writes of this time in America. “It was a country in which families routinely disappeared […] Adolescents drifted from city to torn city, sloughing off both the past and the future as snakes shed their skin. Children who were never taught and would never now learn the games that held society together.” In the documentary, these words are read aloud against a black-and-white reel of people scurrying in the streets, tear gas being sprayed and breaking a crowd’s closeness, and children with their backs turned to the camera, their hair matted and their faces hidden.

We know this flavour of sadness, the kind that grips a whole people, that has us hold our children closer. We are all sitting in it now. It is not about a single politician or a single crisis, but a grief of a population that knows it is at the precipice of a great collective choice that could swing in any way.

During her time writing for the New York Review of Books, Didion wrote about the Bush administration, Dick Cheney, the Iraq War, and the transformation of horrific violence into cultural currency. She wrote about the Central Park Five, the five Black teens who were charged with the rape and murder of a white woman in 1989. It was a case charged with racial politics and anti-Blackness in the American justice system – reports of coerced confessions, a Black teen tried as an adult, and unjust sentencing. Didion wrote about its violence and evilness with elegance and grace. Black intellectual and writer Hilton Als discusses this in the documentary, with clear emotion.

Als first reads a passage from Didion’s piece on the case: “The opposing vision, shared by those who had seized upon the arrest of the defendants as an exact representation of their own victimization, was of a city in which the powerless had been systematically ruined, violated, raped by the powerful.” Als says he was just a kid when he read these words, “living in Flatbush, reading these very elegant words… It was almost as if I was waiting for Joan to write the piece that I needed to read.”

This is what grief is, Didion teaches us. Grief is political and personal both. It is infinitely coloured by identity and place, permanently impacted by where we stand and how we see the world. But above all, it is powerful. It is not simply sadness. It is something much bigger, much more important.

The tide of grief – of the social disorder that plagued America in the 60s and never truly subsided, only widened in its breadth – came to a personal and poignant peak in Didion’s own life and writing when she lost her husband in 2003 and her only child, Quintana, a year and a half later. With Blue Nights and perhaps her highest crowning jewel, The Year of Magical Thinking, Didion draws a clear string between the larger landscape of grief we have all come to know so well and the inevitability of grief and loss in all our lives. How can we overcome one without understanding the other?

“Grief turns out to be a place none of us know until we reach it,” she writes in Magical Thinking, a book about loss but more about the fact that we will never fully know it. Reading this line this past summer, in a time of loneliness and some ache, I cried. As Didion herself wrote in her essay “Goodbye to All That,” “I cried until I was not even aware when I was crying.” It felt good.

Didion taught me to respect grief. She taught me how to sit in it rather than duck out from under its shadow. When I find that either my own center is failing to hold or rather the center of the world I know, Didion’s words read like a typewriter reel in my mind, and I see a picture of her, the way she is in Dunne’s documentary, brows furrowed and arms spread wide, articulating in a soft voice the things we all wonder about so endlessly.

“Novels are also about things you’re afraid you can’t deal with,” says Didion’s voice over images of her daughter, now gone.

There is a copy of Slouching Towards Bethlehem sitting tattered and worn on my shelf at home. It is tattered in the specific way of books you only reread when life is being difficult and there is an itch of hopelessness in you needing to be scratched. Joan is my scratch.