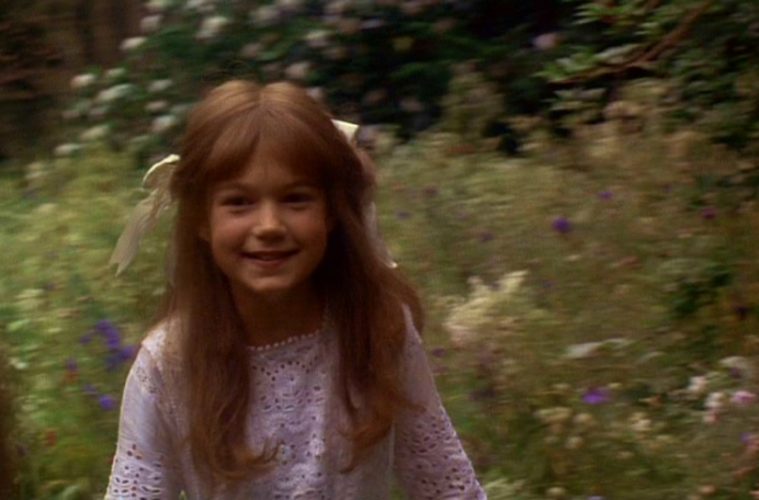 ‘The Secret Garden’ and Healing from Grief Through Fantasy

“If you look the right way, you can see that the whole world is a garden.”

The Secret Garden by Frances Hodgson Burnett has always been a treasured book of mine. I was enchanted the first moment I picked it up as a child and pored over its winsome pages. It seemed to be a story out of one of my dreams. I certainly had a hyperactive imagination as a child, something which has always served me well. While sifting through the book’s pages, lush gardens encircled in ivy and stone sprouted into focus, the walls of Misselthwaithe Manor grew tall around me, and the moors stretched out to the edges of my vision. I have always had a fondness for words, and the first time I held a copy of The Secret Garden, I found it to be one of the most fascinating and beautiful novels I had ever read. I soaked up every word that I could. I wished so badly to have such a beautiful secret, a garden playground of my own.

Of course, once I had read the novel again and again, I was obliged to watch the film (the 1993 version, of course). I don’t really remember anything about the first time I saw it other than the film itself and the love that fluttered up into my chest as I watched my favorite story on-screen. It’s odd how some parts of strong memories get discarded so easily – setting, for example – when you have such an emotional tie to a separate part of the memory. I can remember exactly how I felt watching The Secret Garden for the first time, but I don’t remember where I was or how I watched it. Perhaps that was one of the first moments when I really saw a story I connected with on-screen, and realized how much I love storytelling through film. I won’t claim that The Secret Garden is the reason that I am where I am today (and doing things like writing about film), but I know that it was foundational to how I understood and began to love stories and storytelling so deeply.

As with many children’s stories, there is deeper meaning imbued beneath The Secret Garden’s surface. More than a catalogue of events, it teaches us about the very nature of life itself. This feeling is present within both Frances Hodgson Burnett’s novel and Agnieszka Holland’s impeccable film. The latter is a beautifully crafted poem of lush secrets and mystery, and is so excellent that it seems hardly intended for children. It feels as though one is entering an entirely special, hidden world; a sanctuary of colors and healing. The garden itself becomes every child’s perfect vision: creatures to talk to, swings hanging among willows and roses, little ponds surrounded by beds of flowers. It’s a lush paradise in which to grieve and then find happiness.

Without much to do in Misselthwaithe Manor, her uncle’s estate, young orphan Mary Lennox lives through her explorations. She finds secluded passageways and closed-off bedrooms littered with old secrets and grief. As she runs among the walls and hedges of the estate, Mary befriends the sweet Dixon, the brother of a maid, who teaches her to listen to the creatures around her, a raven perched on his shoulder all the while. He tells her the old secrets carried within the stones of the manor: Mary’s aunt died in childbirth (the reason for Lord Archibald Craven’s sadness), but her young son still lives in the manor, confined to his bed without sunlight or fresh air. Mary decides to seek out her cousin, and despite Mrs. Medlock’s attempts to keep her at bay, she sneaks into Colin’s room and discovers the depth of his pain; grief turned to bitterness. She seems to understand him more than any of the adults in the house – understands his wish to see his mother’s garden and to see sunlight for the first time. And so, she whisks him off to the garden that she has so tenderly cultivated with the help of Dixon and a groundskeeper.

As they love each other so innocently, they heal and repair their old wounds. The garden itself becomes a sort of mother to the three children, fostering their love and friendship and teaching them to be kind. It is almost as if the spirit of Mrs. Craven reaches out from between the vines, cradling the children as they grow. The Secret Garden is the story of an angry, heartbroken little girl who allows herself to relearn kindness through the simple gestures of those around her, and in turn, becomes a source of light and healing for others caught in their own sadness. As much as the garden represents the past, it also represents the bright future in store for the children who have healed from their pain.

Most importantly, The Secret Garden is a profound portrayal of grief, particularly as it relates to children. Grief, as it is, is an entirely twisted, complex thing, but the way children grieve is especially complicated. The film dissects the ways in which we grieve, displaying the emotions of every grieving character for the world to see. Lord Craven disassociates, leaving behind his home, his son, and the memories of his wife. Colin uses anger as a crutch and lashes out because he has nothing to do but lie in bed and grieve more himself, his mother and his father having abandoned him to darkness. Mary grieves bitterly, in apathetic movements and rude language. She eschews kindness because kindness would have done nothing to stop her parents from dying and leaving her alone. Thankfully, we also learn how they heal. Lord Craven is brought back from his grief by the children, who restore the life of his wife’s garden as well as each other. Colin’s anger fades as he sees the beauty of the world with his own two eyes, and finally develops relationships founded in kindness. Mary rids herself of her bitterness with the help of Dixon’s patience and the warmth she finds in the animals and plants growing around her.

In my recent rewatch of The Secret Garden as an 18-year-old, I cried through the entire thing. My childhood desires rushed back into my veins: exploring an old house with a hundred rooms and a hundred secrets, dancing in an ivy-shrouded garden, and making friends with sweet creatures. I cried for Mary’s emotional understanding of kindness, Dixon’s genuine affection, and the joys of Colin healing his body and soul both. Despite its entrancing beauty and delicate portrayal of pain (and later healing), this viewing was entirely different from my viewings as a child. I wish that I felt that absolute, uninhibited warmth that I felt watching it then; now, I mostly feel the familiar tug of nostalgia at my chest, which can be just as impactful and gut-wrenching. Rewatching this film feels like unlocking a little piece of my childhood. This is a part of The Secret Garden’s magic. Transcending years and decades, it still manages to remind us of our sweetest childhood innocence.

Burnett writes in The Secret Garden, “I am sure there is Magic in everything, only we have not sense enough to get hold of it and make it do things for us.” As she teaches us, there is magic especially between the pages (and within the frames) of our childhood treasures. The Secret Garden is one such enchanting treasure that has become timeless to me. Both a striking display of childhood and a thought-provoking meditation on grief and pain, The Secret Garden lives through everyone who first fell in love with the novel as young children, and who later fell in love with it through a different medium, but a magical one all the same. It remains one of the most simple and beautiful stories I have ever read (or watched). I will always appreciate its direct influence on my life, and the way it fostered my love of words and storytelling. The Secret Garden is magic.