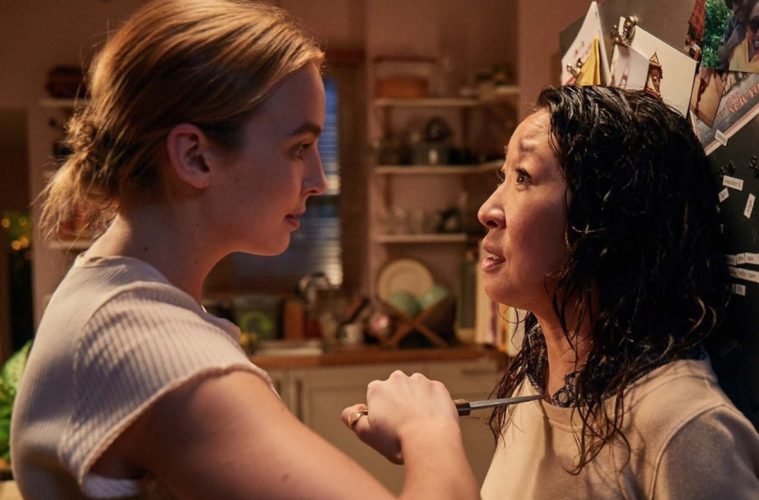 Who Has the Power?: Representing Queer Women in ‘Killing Eve’

If you’re a queer woman in a television series, odds are that you’ll be killed by the series finale. In 2017, a study done by LGBT Fans Deserve Better found that 62 queer women were killed off television shows in the 2016 and 2017 seasons. While this is the highest number of recorded deaths of this nature since this trend has been studied, Autostraddle found that 202 queer women characters have been killed off from 1976 to 2016. Oftentimes, these deaths do nothing to advance the plot, and only occur to create shock value and dramatic season finales. But what started as an ill-conceived plot device has turned into the status quo, one that signifies that queer women are disposable and incapable of being the leads of their own story.

In its first season, Killing Eve (2018) has proven to be a different kind of representation for queer women; not only by putting them at the show’s center but by additionally painting them as complex, flawed, and deeply human. Based on the ‎Codename Villanelle novellas by Luke Jennings, the BBC crime drama follows Eve Polastri (Sandra Oh), an M15 security officer who’s fascinated by female serial killers. However, her M15 desk job is not exactly fulfilling her dreams of being a spy. Eve is recruited to a special unit to track down a Russian serial killer named Villanelle (Jodie Comer), but Villanelle is just as fascinated with Eve as Eve is with her — resulting in a series-long cat-and-mouse chase that’s rooted in power dynamics and queer desire.

Representation is complicated. The idea itself assumes that media constructs reality and is then qualified to represent it authentically. But media is inherently a fantasy: while it may seem to depict concepts and identities with a sense of realism, television is a medium that is meticulously fabricated. Its structure also does not give an easy way to authentic representation — eight 40-minute episodes is not a lot of time to invest in a show’s characters, let alone the rules of the world they live in. Shows must always compromise, cutting out details and reducing parts of the story to fit with structural demands — and authenticity is one of the easiest things to leave on the cutting room floor of fantasy.

In the season’s fifth episode, “I Have a Thing About Bathrooms,” we see the cat-and-mouse chase between Eve and Villanelle become intimate for the first time. Before this episode, Eve’s fascination read simply as that: fascination. She’s somewhat happily married to a man, mostly bored with her life and wanting to chase something exciting. Villanelle, however, has been focused on having a little fun while maintaining power over Eve. She wants to own and control Eve, both in their chase and in her attraction. This is cemented when Eve gets her suitcase back after it was lost in transit in a previous episode. She discovers that her clothes have been swapped out with gifts from Villanelle: perfume, an expensive dress, and shoes that fit her perfectly. At first, Eve is confused and scared, but then she decides to put them on.

In this moment, the audience sees that Villanelle truly has a hold on Eve and that she’s enamored enough to play her game. Eve isn’t seeing herself as an object of desire, nor is her husband — she’s being desired by Villanelle. While Eve is shocked by this desire, she’s more shocked that she isn’t repulsed by the idea.

This scene is followed by Eve and Villanelle’s first real confrontation. Up until this point, the two had always just crossed each other’s paths or barely spoken a word to one another. Villanelle breaks into Eve’s home to have dinner with her, an idea that terrifies Eve but ultimately is one she gives in to in order to get information. Villanelle offers to help Eve out of the dress she gave her — now soaking wet from Villanelle trying to shut her up by shoving her under the bathtub faucet. “You have a very nice body,” Villanelle says as she slowly unzips the dress.

More than anything, representation is concerned with who has the power and what is done with that power. In shows that uphold representations of the status quo, the power is given to characters who are often white, straight, and wealthy cisgender men. That power is then weaponized to maintain their status and weaken those below them. But in Killing Eve, the power falls on Villanelle, a queer woman. She has Eve in the palm of her hand, able to manipulate and mystify her to do whatever she wants. This power manifests not just in her ability to kill Eve—or anyone, for that matter—but in her sensuality.

When Eve tries to attack Villanelle, she is shoved against the fridge, the tip of a knife pushing into her chest, threateningly but not without a hint of arousal. They’re physically close and Villanelle smells the perfume on Eve, which intrigues and delights her. She has confirmed that she has Eve under her spell; she has won.

It’s also worth mentioning that Eve does have some power in this relationship. Villanelle doesn’t normally have emotions towards her victims and is seen as a ruthless psychopath — if she wanted to kill Eve, she would havedone so already. But there’s something about Eve that keeps the game going. Eve’s motivations to play it lie in her wanting to escape to a dangerous fantasy world. For Villanelle, it’s establishing dominance and power over Eve. But this moment shines a light on the possibility that these motivations might be tinged with sexual desire, which complicates things.

There’s also a real concern about the representation of Villanelle as an evil queer character. She’s depicted as an emotionless killer, but she tries to reckon with her job and her identity even though she doesn’t really know how to. “You should never tell a psychopath that they’re a psychopath,” Villanelle says. “It upsets them.” This harkens to the idea of the “burden of representation,” which describes how marginalized groups must be represented as squeaky clean and without flaws in order to be legitimate. Otherwise, the characters conform to hegemonic norms and dangerous stereotypes. While Villanelle isn’t a saint—she’s a serial killer, for God’s sake—she isn’t without complexity. Her relationship with Eve confirms that she can feel something similar to desire, maybe even romance, and she grapples with these themes for the rest of the season.

The characters of Killing Eve are hard to pin down, which means that they are complex representations of queer women. They aren’t throwaway characters who can be killed off; they’re the heroes and antiheroes of their own story. Their respective character arcs also aren’t consumed with coming out stories or even their sexualities. They are, first and foremost, real people who are thrown into a larger-than-life story. Their queerness is just one piece of the larger puzzle.