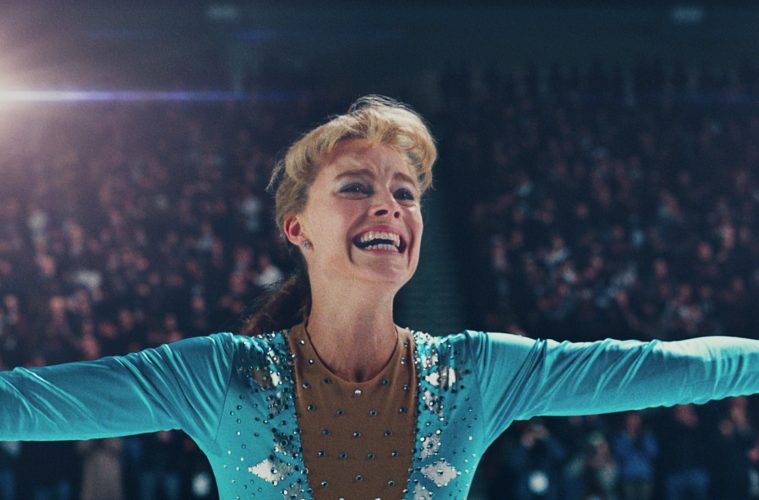 Nasty woman (epithet): A woman who intimidates men by simply existing. A woman who does not fit the restrictions set for them by men. A woman who is more than they “should” be.

Nasty women have always existed as background characters in media, but with troubling politics threatening the rights of millions of people, these characters have became louder, larger, and more demanding of the spotlight. The most obvious catalyst for this change was the 2016 US Election. The Trump vs. Clinton race so perfectly encapsulated societal standards for men vs. those for women that it was almost cartoonish. In fact, if it were a plot for a film, it’d be discarded as too on-the-nose. Trump is an amalgamation of every problematic characteristic in existence: he’s cruel, unsympathetic, racist, sexist, homophobic, and the list goes on. Hillary, too, had her faults, but no one with any sense can claim that they measured up to Trump’s. Trump was the “bad guy” candidate, yet won over Hillary in large part because society hates nasty women more than anything else.

In response to this result, women were naturally angry. The election proved how people saw us, and so we became the nasty women they feared. We owned the label. A collection of feminist essays was even released, called Nasty Women: Feminism, Resistance, and Revolution in Trump’s America. Female creatives in particular had a lot to say, and the election result proved that they still needed to be said. And thus, nasty women characters erupted onto our screens; characters like Mildred Hayes (Three Billboards Outside Ebbing, Missouri), Annie Graham (Hereditary), Ally Mayfair-Richards (American Horror Story: Cult), Tonya Harding (I, Tonya), and Claire Underwood (House of Cards). These women were angry and their voices wouldn’t be lowered to a more polite or ladylike decibel.

Antagonistic women have certainly popped up on-screen before, though anti-heroes have most usually been men. Male leads have always been allowed to be messy; to be jaded, cruel, unpleasant, or criminals. Often, they’re seen as more attractive for this. But women who act similarly are lost causes; they’re bitchy and should be avoided or cast out. Mainstream audiences just don’t seem to like complex women. Take, for instance, BoJack Horseman and Diane Nguyen from BoJack Horseman. In many ways, these characters are similar: they’re both self-destructive, they’re both unhappy in their lives, they both judge the standards of “Hollywoo” and yet still fight to be a part of it. The only difference between them is that Diane constantly tries to make herself and others around her better, whereas BoJack succumbs more easily to giving up. Despite all of this, it’s BoJack who many fans relate to most, while Diane is cast aside as “annoying” and degraded as the least likeable character.

Writing a difficult female lead is tricky. It shouldn’t be, but it is. Why? Well, because of the usual culprit: sexism. The dislike of women is ingrained in so many that any minor fault can seem inflated and be brandished as a reason for hatred. In the case of Diane Nguyen, the problem isn’t just that she’s “annoying”; it’s that she’s an annoying woman. Her crime is her gender. Therefore, purposely writing a flawed female character will inevitably end with countless critiques (often from male critics) complaining that the character is just “too unrelatable” and “unlikeable.”However, there will also be many who do relate to a less than perfect or angry female protagonist: women.

Most female characters are just so dull! They’re too perfect, too clean, too polite, too sensible, too supportive. Who on earth can relate to these 2D cardboard cut-out personalities? Women are—(spoilers ahead!)—people, too. We are flawed and still deserve to have our stories told. Angry women who want to rebel against the world should have their voices heard. Hurt women who struggle every day should have their stories told. Cunning women who know what they want and how to get it should have theirs told, too. Women who can’t squeeze themselves into the narrow category of what’s acceptable are still valid.

Female actors have been subjected to these boring roles for decades. They deserve more than just “tame, innocent love interest,” “sexy, Booby McBoobface,” or “shrill wife who’s ruining her fun husband’s whacky adventures.” Complex female characters allow female actors a chance to prove their talents in a way that male actors have had the opportunity to do for decades. If we want better material for our female actors, we also need better chances for women behind the camera. Platforming more female filmmakers is the best way to create a culture of complex and flawed female characters. I know, right? Amazing that it took us this long to figure that out! It’s like the old writing tip: write what you know. Us women are well versed in ourselves. Obviously, I’m not saying that women should only write female characters and men only male ones – that’s absurd. However, if the past catalogue of films has shown us anything, it’s that men don’t yet know how to write female characters across the board. Many male writers likely base their female characters on past cinematic examples, but if those writers didn’t know what they were doing either, then creative material will continue to be unreliable and unrealistic. If women were able to demonstrate well-constructed female characters for the screen, then there’d be a better baseline for male writers to judge their female characters against (you know, for those male writers who’ve apparently never met a real-life woman before).

The gender gap in film and TV is slowly starting to reduce, and as that gap narrows, more flawed and complex female characters will find room on those platforms. Following the recent Golden Globe nomination and win for Killing Eve—whose writer, Phoebe Waller-Bridge, is the master of crafting chaotic and dark female characters—it’s clear that mainstream audiences desire these non-traditional roles. If more unpleasant female characters become as common as their male counterparts, perhaps people will be less repelled by them. If we discard the norm of innocent, dull, pure female characters, then complex and flawed female characters will no longer be a deviation. Women showing their flaws will be as normal as men doing so. So, bring on more of the cheating, lying, drinking, philandering female leads. Bring on the real women, and knock off whichever angel is currently perched atop the pedestal – that bitch is making the rest of us look bad!