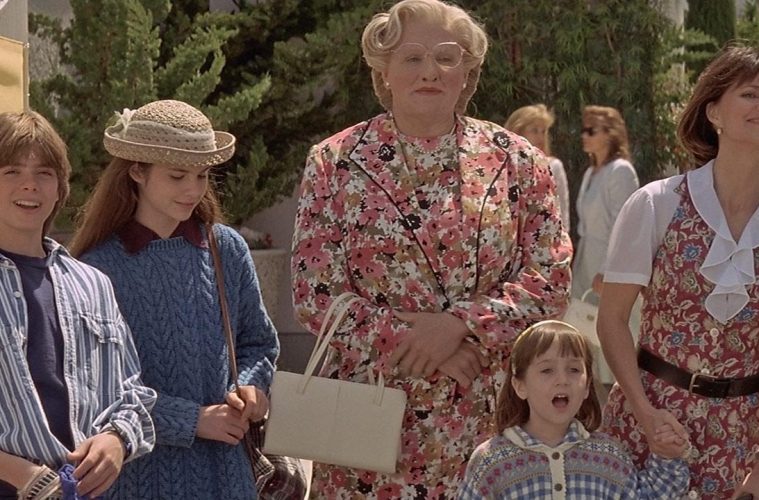 Undressing a Trope: The Pros, Cons, and Lessons of Cross-Dressing in Cinema

Cross-dressing has endured as a form of entertainment since ancient times. Evolving with the increasing number of artistic mediums, cross-dressing made its way from the stage to our screens with the introduction of cinema. Most often, it has been used as a comedic element in films, laying the foundation for the main premises of many revered classics.

For the purposes of this essay, the cross-dressing that I refer to does not include characters played by actors in drag (like Hairspray or Diary of a Mad Black Woman), or real and fictional characters identifying under the LGBTQ spectrum (like The Rocky Horror Picture Show or The Danish Girl). It refers instead to films in which an otherwise ‘standard’ man or woman disguises themselves as the opposite gender for circumstantial reasons. As the 2010s have progressed, this seems to be a plot element used with decreasing frequency.

Understandably, the rise of social media – paired with the growing acceptance of identities outside the norms of traditional Western society – has aided in this. The conversations being had about gender identity and expectations have created an expanding space in which more people feel that they can embrace who they are without having to adhere to roles that previously defined our genders.

Much of the humour in these cross-dressing films came from poking fun at the gender restrictions that people have traditionally known and adhered to. With the incorporation of transgender characters into mainstream shows and films, however, the concept of gender is now being addressed as something more nuanced than just straight roleplaying. As a result, making a comedy film using disguised gender in 2017 might not only be perceived as dated, but transphobic.

I agree that a film using circumstantial cross-dressing as its main plot isn’t necessary to make a point about gender roles and expectations in this day and age, but I was also curious about the enduring legacies of preexisting films that do so, despite the fact that pitching any of these stories today would likely attract opposition. I decided to re-watch the cross-dressing films that were a regular part of my childhood and adolescent years. These were Some Like It Hot (1959), Tootsie (1982), Mrs. Doubtfire (1993), Mulan (1998), White Chicks (2004) and She’s The Man (2006).

I braced myself for the dated jokes and ideas that usually disillusion one’s perception of their childhood when revisiting old favourites. And yet, despite coming from time periods where definitions of gender were a lot more restricted, the first four films still made some solid critiques about the very society enforcing those restrictions. In turn, they showed me why films like White Chicks and She’s the Man missed the marks that their predecessors had been able to hit.

Cross-dressing was an essential part of the plot for all of these films, but Some Like It Hot, Tootsie, Mrs. Doubtfire, and Mulan used it to enrich their stories and help their characters grow in fundamental ways. White Chicks and She’s the Man instead employed cross-dressing as a way to set-up singular moments that often did not pay off.

Overall, the six films follow a similar storyline and utilize similar plot devices that are characteristic of a circumstantial cross-dressing movie. Each film begins with the introduction of the protagonists and the qualities that differentiate them. Their differences create problems in their daily lives that eventually lead them to masquerade as the opposite gender.

From this point, the protagonists must learn to integrate their new role into everyday life. More often than not, this is depicted through a montage. While being able to perform their new roles effectively, problems they did not have to face as their ‘true’ gender arise. Further issues occur when their new persona prevents them from being able to fully live their own lives or complicates budding feelings for a love interest.

Ultimately, the experience of living as the opposite gender gives the protagonist insight that they did not previously have about the people around them. Skills and attitudes they had not considered as their original gender help them balance out elements of themselves that had been problematic. These realizations lead to acceptance by the protagonist’s peers and give filmgoers an opportunity to reflect critically on specific societal values.

For example, Mrs. Doubtfire tells a story about the aftermath of divorce. By becoming Mrs. Doubtfire, Daniel Hillard (Robin Williams) is able to spend more time with his kids, but is also forced to learn how to take care of them properly and empathize with his more serious wife. In the end, the Hillards remain divorced but have a better understanding of their relationship, which benefits their family dynamic going forward. 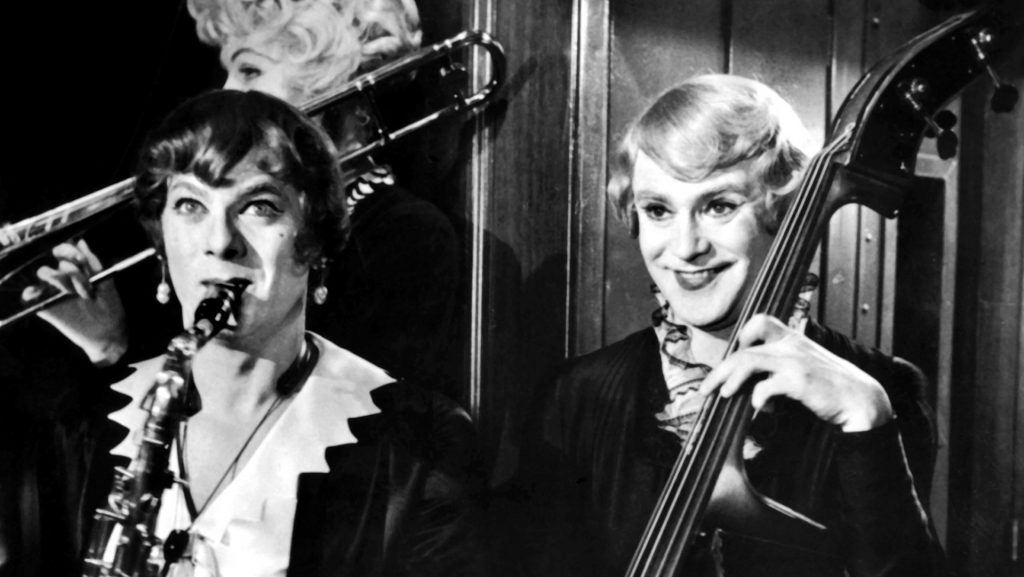 Through being Dorothy Michaels in Tootsie, Michael Dorsey (Dustin Hoffman) evolves from a selfish and opinionated man into someone who is more understanding and selfless. His experience as a woman in the television industry opens his eyes to the restrictions placed on both genders that delegate people to specific roles rather than just letting them be people.

Mulan’s message is built on empowerment. Despite being a woman in ancient China, Mulan (Ming-Na Wen) has the courage to do what is right, even when it is not considered acceptable. Her dedication and selflessness allow her to earn recognition for her actions and bring honour to her family without compromising who she truly is.

Some Like It Hot is the least serious of the four films, but the way it handles its characters still sets it apart from films like White Chicks and She’s the Man. The film is not afraid to portray its characters unsympathetically, regardless of gender.

While on the run, Joe (Tony Curtis) and Jerry (Jack Lemmon) initially use their disguises to ogle other women, but are soon subjected to the perverted behavior they had once gleefully taken part in. Sugar Kane (Marilyn Monroe) is just as capable of lies and deceit as Joe and Jerry. In the same way that Joe is able to lie to Sugar in the hopes of getting sex, Sugar lies to Joe when she believes it will get her money. The three characters do not become fundamentally better people by the film’s end; in fact, their actions catch up with them. Joe, Jerry, and now Sugar are still on the run, while Jerry’s female persona is also engaged to an elderly millionaire. The absurdity of the situation, paired with the flawed reactions of fleshed out characters, results in a comedy that, while rooted in its cross-dressing premise, does not solely rely on the cross-dressing itself for humour.

White Chicks and She’s the Man also try to convey a message behind their comedic premises. At their core, however, the message of learning to empathize with others despite their gender is overshadowed by the comedic moments that both films try to create.

White Chicks follows Kevin and Marcus Copeland (Shawn and Marlon Wayans, respectively), two bumbling FBI agents who disguise themselves as the twin heiresses they are protecting in order to keep their jobs. In She’s the Man, Viola Hastings (Amanda Bynes) disguises herself as her twin brother so that she can play soccer at his school after the girl’s soccer team at her own school is cut. In having these characters masquerade as real people, an element of substance is already lost. It is clear that the bulk of the comedy will stem from the comparison of the impersonation versus the real character. It keeps the plot and any subsequent character development on the surface level because the audience is still being invited to laugh at obvious superficial differences.

The characters become lost in the gags they are part of, which makes the lessons they learn less meaningful in the end. Rather than utilizing character development as a source of comedy, their personas are put in situation after situation for immediate laughs. It’s especially telling that both films rely on genital-related gags to place emphasis on the comedic element of their disguises. Either one of these films can still be watched and enjoyed for what they are at face value, but that’s basically it.

As recent examples of circumstantial cross-dressing films, White Chicks and She’s the Man create the opportunity to compare and laugh at gender differences from a normative standpoint. While both still bring forward a positive message about empathy and respect overall, it is the superficial roots of their comedy that invite the perception of cross-dressing films as dated or inherently transphobic.

This isn’t to say that the other four films are infallible in this case either. They still contain jokes linked to sexual deviancy and dated assumptions about gender. In Mrs. Doubtfire, Robin Williams impersonates a transgender woman as an unsuitable babysitting applicant over the phone (“I don’t work with the males because I used to be one”). When his two eldest children discover he is Mrs. Doubtfire, his son initially calls him a ‘he-she’. But while these jokes and others in the four films have aged badly or don’t hold the same cultural relevance, it is the overall story that gives these comedies their enduring legacy.

Today, films with even an inkling of transphobia are less likely to be made, and rightly so. When looking at the cross-dressing films that have been released under a critical gaze, however, it is apparent that not all were made equal. Our discussions and acceptance of gender as a nuanced aspect of an individual’s identity have allowed us to move forward and find less offensive ways to explore this concept. Our ability to identify the dated and problematic elements of these films ensures that we remain critical of what we view while still enjoying what makes these films iconic. Therefore, in spite of being made in a time that looked at gender in a more simplified way, the underlying stories and lessons of Some Like It Hot, Tootsie, Mrs. Doubtfire, and Mulan allow them to endure as beloved classics and remain essential viewing.