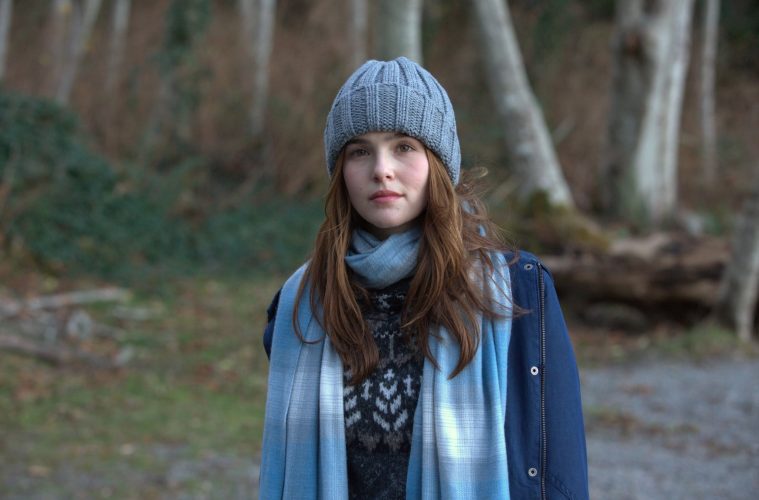 Breaking the Cycle: Life and ‘Before I Fall’

As I’ve grown older, my perception of time has changed. As my twenty-sixth birthday approaches, I realize that I’ve surpassed all my milestone years. At the age of 16, you’re allowed to drive. At 18, you can vote. When you turn 21, you can buy alcohol. Once you’re 25, your car insurance goes down. Now that all of those years have passed, what more do I have to look forward to? I guess I have the rest of my life to figure it out. Sometimes I feel as if I’m stuck in an endless time loop, trying to figure out that one thing that will break the cycle.

“Do you ever feel like you’re living the same day over and over again with only a few things being different?”

It’s a question that’s not only been posed by myself, but also by Samantha “Sam” Kingston. The protagonist of Before I Fall, Sam is condemned to live the same day over and over again. Confined to a never-ending purgatory, Sam struggles to break the cycle in order to move on to the next phase of her life.

Before I Fall was marketed as a concoction of Mean Girls and Groundhog Day, but there’s more to it than meets the eye. Based on Lauren Oliver’s novel, the film is beautiful yet overlooked in the non-linear time genre. In the film landscape, it came and went for most people, but it managed to linger in my consciousness.

On February 12th, a school holiday known as Cupid Day, Sam wakes up as usual. In Sam’s existence, Cupid Day is a special day meant to change her life. That evening, Sam plans to lose her virginity to her popular boyfriend, Rob. However, Sam’s life is changed in an entirely different way.

Like any morning, Sam’s best friend, Lindsay, comes to pick her up on her way to school. Sam’s friends are all beautiful and cool, but they’re the school’s resident mean girls. With Lindsay as their leader, Sam, Ally, and Elody breeze through high school. Each girl is popular and privileged, enjoying the spoils of their cozy Vancouver lifestyles. Their main concerns lie in their reputations, makeup, boys, and ego-boosting (and -destroying) events like Cupid Day. Sam isn’t as mean as her friends, but she observes from the sidelines as Lindsay bullies other students, including the introverted and eccentric Juliet.

Following the unsuccessful Cupid Day house party, Sam’s life is shaken by a brutal car accident. The next morning, she awakens unscathed in her picture-perfect bedroom, forced to relive the same day until she gets it right.

At the beginning of the film, Sam’s teacher attempts to educate the class about Sisyphus. Each time he tries to progress in the lesson, he’s interrupted by the students. He never finishes the lesson, and goes on to dismiss the class. Sisyphus is a recurring motif in Before I Fall. At first glance, it seems like a random word thrown into the moment, but it’s so much more.

In Greek mythology, Sisyphus was a trickster king who was punished for attempting to cheat death. Sentenced to an eternity in Tartarus by Hades, his fate was one even worse than death. The disgraced king was forced to push a huge stone up a hill, only to watch it roll back down repeatedly for all eternity. From this tale, the term “Sisyphean task” was derived. It indicates one that’s ineffective and never-ending. Sam’s attempt to break the loop can be described as Sisyphean. Sam isn’t a horrible person, but she lives an oblivious existence fueled by typical teenaged trivialities. Initially, Sam doesn’t understand what’s keeping her imprisoned in time. She doesn’t understand that her actions hurt Juliet—or her sweet friend Kent, who’s enamored with her. She doesn’t realize that what she does affects her friends, parents, and her little sister.

After Sam discovers that she’s stranded, she goes through the five stages of grief. In less-than-desirable circumstances, we often turn to grief when we feel like we’re stuck in an endless loop. As time pushes forward, we express denial, anger, bargaining, depression, and—finally—acceptance. Trying to do life the “right” way is a Sisyphean task itself. When we find ourselves stuck, we often have no clue how to get out. When we think we have it all figured out, we’re reverted back to the beginning of the loop. Life is a never-ending game of trial and error, forcing us to learn how to place the stone on top of the hill so that it doesn’t fall anymore.

Representing the five stages of grief, five different time loops are featured to show Sam’s emotional journey. With each new loop, Sam attempts to change her circumstances, but doesn’t succeed until the last one.

She asks herself, “How is it possible to change so much and not be able to change anything at all?” What do we do when we’re stuck? It’s impossible to know right away in most instances. Each of us tries to fight our way out of the loop until we can’t fight anymore. Like any of us would, Sam goes through five phases before she makes a change.

In the first loop, Sam struggles to figure out what’s going on. Aware of the impending accident, she feigns shock as the same events play over and over again. Living in a horror film, Samantha watches helplessly as Lindsay tortures Juliet. While the girls hit the road late that night, Samantha warns Lindsay of the crash; it still occurs, just in a different manor. Once she wakes up again, Sam realizes that she isn’t in a dream, but rather a real nightmare of a situation.

In the first cycles, Sam attempts to cheat her way out of the time loop. On the second try, Sam opts to have a sleepover with her friends instead of going to the party. The girls avoid the car crash, but Juliet commits suicide the same night. Sam instantly feels guilty for bullying her in the past and seeks to make amends. After Juliet’s passing, Sam tries to thwart Juliet’s suicide in subsequent time loops.

Living in hell, Sam bargains with God and time to escape her prison. She believes that good deeds will help, but still doesn’t understand what she needs to do. Realizing that haggling with the universe won’t help, Sam becomes bitter.

Realizing that her circumstances won’t change, Sam’s anger takes over. She begins to think that it’s pointless to try since she’s living the same day for the rest of her life. Frustrated, Sam lashes out and dumps her emotional baggage on everyone, especially Lindsay.

Sam utilizes the third time loop to rebel. She wears a scandalous outfit and dark makeup, and yells at her friends. She knows that she’ll begin another loop in the morning, so she floats through school in a fit of rage. She still attends the party without her friends, but indulges in alcohol and decides to have sex with Rob, despite the fact he’s a selfish jerk. Not surprisingly, Sam only worsens her situation.

After being alienated by her friends and family, Sam hits rock bottom, thinking that she’s done all she can do. Completely broken, she gives in to the cycle. The third loop ends with her falling asleep in Kent’s bed after he consoles her. In the fourth loop, she no longer tries to cheat time but stays at home instead. Exasperated from her journey, she takes time to reflect and rest. She uses the day to spend time with her family and escape from the chaos at school.

Defeated, Sam contemplates whether she is actually a good person. In doing so, she comes to the realization that she has to do something “good.”

Devoid of any negative emotions, Sam comes to terms with her fate. In the fifth and final loop, she reawakens refreshed. She knows what she has to do and doesn’t try to change anything else. Her sacrificing her life to save Juliet is the act that breaks the loop. As she confronts Juliet, she states, “This is just a blip. Your life will change Juliet, if you just hold on…” In that moment, Sam finally escapes. The screen goes white, and we know that she’s finally free.

Before I Fall explores the concept of time in a fashion that’s similar to films before it, but it provides its own unique spin. Similar to Groundhog Day, it uses the passage of time to transform its lead. Even though both films change their leads for the better, Before I Fall’s message cuts deeper. Sam has to learn a lesson, but she makes the ultimate sacrifice to destroy the loop. In Before I Fall, there exists a sixth step in the grieving process. The final step of grief is action, and it’s action that changes Sam’s life, as well as Juliet’s. It’s one thing to accept your circumstances; it’s another to make a choice that will change your fate.

Raised a Christian, I was taught that Jesus died for my sins. I believed for the longest time that I had to live a demure life dictated by God’s Will. On my first viewing of Before I Fall, I thought that the film had a deep, spiritual meaning inspired by Christianity. As life ran its course, I believed less in giving myself to Christ, and more in giving myself over to living the best life I could live. As I viewed Before I Fall again, I understood it more than I had the first time. Over the years, I’d struggled with grief, and allowed myself to fall victim to my circumstances. Each time I fell, I had to pick myself up and take the baby steps to the one thing that would break the loop.

Breaking the loop doesn’t necessarily mean giving up your life—at least not physically. It means giving your life to experiencing freedom, to experiencing love, or experiencing joy. Breaking the cycle means coming out, leaving a toxic relationship, moving to a new city, and finding the courage to follow your dreams. The one thing that ends the loop is different for everyone.

In every loop, Sam focuses on a poster in Kent’s room. It simply states: “Be who you are.” As time moves forward, life helps show us who we are. However, it’s up to us to take a risk and be who we are. We only have one life. It’s our choice to live it right.

“… I see only my greatest hits. I see the things I want to remember and be remembered for. That’s when I realized that certain moments go on forever. Even after they’re over, they still go on. They are the meaning.”