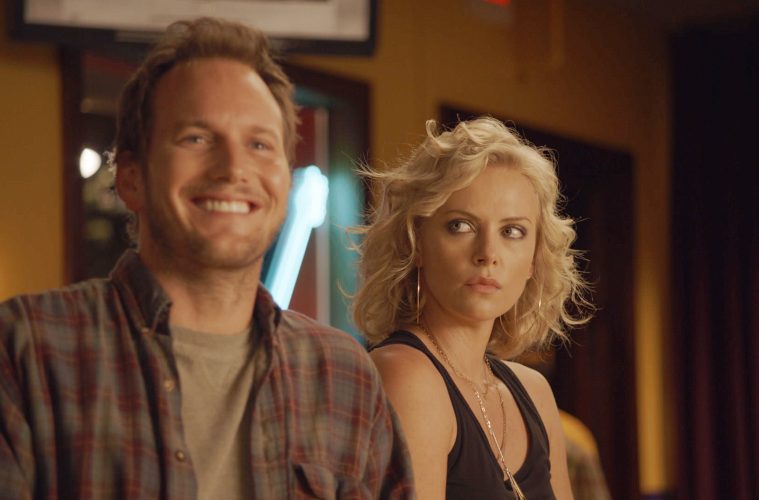 Life, Here I Come: ‘Young Adult’ and Our Wars with Time

Mavis Gary rummages through her closet and finds exactly what she was searching for: an old mixtape she made for her high school boyfriend, Buddy Slade. The tape is written over in black Sharpie and reads, “Mad Love, Buddy.” Mavis gets into her car and inserts the old tape into the disc drive, a wry smile just slightly cracking open across her haggard, sunglasses-covered face, as the opening riff of Teenage Fanclub’s “The Concept” starts to play. It punctuates her journey from her coveted city life in Minneapolis back to her abhorred hometown of Mercury, Minnesota, from which an email celebrating the birth of Buddy’s first child catalyzed a realization in Mavis that she needs to get him back. When the song ends, Mavis doesn’t let the next one play—she restarts it. Each time it restarts, she goes back in time.

All at once, the endless loop of “The Concept” is something akin to a battle cry. It’s another sword unsheathed in Mavis Gary’s ongoing war against the merciless chords that have deigned to pull her towards an ill-fated future. Because when Mavis Gary dwells on the past, it’s less about going backwards than it is about fighting desperately to not move any further ahead. It’s how she’s managed to stay firmly rooted in one place between past and future not long since leaving high school; an aging prom queen still as beautiful as she was when she graduated, but pushing forty and stuck in a perpetual state of juvenile envy and aggression.

Thus, time is as much a character in Jason Reitman and Diablo Cody’s 2011 black comedy Young Adult as Mavis Gary (Charlize Theron), the soda-chugging ghostwriter who’s been forced to reckon with the inevitable effects of peaking in high school. But time is not an enemy solely for Mavis: the people still trapped in Mercury are caught in their own negative feedback loops. It all becomes clear when Mavis makes her unwelcome hometown return, and the ugliness of Mavis Gary is then discomfortingly reflected in ourselves: the childish parts of our youth that cling to us, the disappointing nature of our present, and the clashes we face as we writhe around with an unknowable future.

Mavis Gary lives in a bleak, high-rise condo in Minneapolis, where she struggles to write the final installment of a once-popular young adult series: the fictional Waverly Prep. The books surround the life and times of a popular and pined-after teen girl named Kendall Strickland, the stories of whom Mavis has worked thanklessly on as the ghostwriter. Mavis pulls out her hair and sleeps with men she doesn’t care about. When she’s not halfheartedly tending to her Pomeranian, Dulce, she’s downing a liter of cola and keeping her television set to the shrill voice of a real housewife. The crows’ feet edging at the corners of her eyes complement the exhaustion that plasters her face, though neither completely cancel out her beauty.

The email from Buddy Slade (Patrick Wilson) announcing the birth of his first child with his wife, Beth (Elizabeth Reaser), hits Mavis’s beleaguered body like the front end of a steam train. Buddy Slade—the cool kid, the effortless, handsome hunk that Mavis once found herself wrapped up in—is now a father; in Mavis’s mind, it’s a fate worse than death. So, one morning, she uncoils herself from the embrace of a nameless man and packs up a suitcase. She’s heading back to Mercury to save Buddy. She’s going to remind him that they were always meant to be together.

Once Mavis arrives in Mercury, she passes through the familiar sights of suburban mediocrity, complete with endless stretches of consumerist sprawl and a KenTacoHut to boot (a KFC, Taco Bell, and Pizza Hut hybrid, obviously). For Mavis, it’s all a reminder of the inferiority she escaped that’s inherent in her hometown and in the people who still reside there, including Matt Freehauf (Patton Oswalt). Matt was permanently disabled as a teenager after being brutalized by jocks who mistook him for gay. It’s only once Mavis recollects this, as the two of them encounter one another in a local bar, that Mavis finally realizes who he is. Matt then reminds her that their lockers were right next to each other for all of high school.

Matt becomes Mavis’s unwanted advisor, counseling against her plans to spin a sticky web to ensnare Buddy. It doesn’t matter that Buddy is happily married and committed to his wife and child, as Matt tries fruitlessly to explain to her over and over, so long as Mavis wears a little black dress that accentuates her cleavage just right and stuffs some thick extensions into her hair. But as Mavis forces herself awkwardly back into Buddy’s life, it becomes painful just how little she has evolved since high school, and how desperate she is to play tug-of-war with time itself. As Buddy says to her after their first encounter, “The rest of us changed, and you just got lucky.”

Of course, Mavis Gary is the furthest thing from lucky. Her city life in Minneapolis is soulless and stark, paid for by a thankless job she doesn’t care about; the only thing that gets her through another day amidst her depression are her memories of who she once was. But what becomes evident are the ways in which the people of Mercury haven’t changed either. Many are burdened by pieces of the past that deter them from fully moving forward, or still hang onto teen angst that never dissipated. The popular kids are still revered or loathed, and the unpopular kids are working dead-end jobs. Mercury itself is like an emotionally-stunted time capsule, a population hinged on memories both harmful and halcyon like a permanent gateway into the past. Even Mavis’s own parents cling distressingly to the glory of their daughter’s former life as tightly as Mavis does, reveling in the memory of her failed marriage as if it never failed at all. Mavis tells them that she’s an alcoholic, and they act like she never said a thing.

Though in her doomed quest for Buddy’s affections, Mavis creates circumstances for herself that are beyond cringe-inducing (like when she reminds Buddy that she used to give him blowjobs to a song Beth and her band are performing right in front of them), she remains a sympathetic protagonist. Reflected in the troubled residents of Mercury, nearly everyone is wrestling with the unrelenting currents that push us through the passage of time. Some of us do move on, like Buddy and Beth, but others find themselves stuck in a vicious cycle, caught up in different shades of past, present, and future.

The women who went to high school with Mavis hold equal parts malice and envy for her, reverting into a gossip-girl state when they discover that Mavis has returned—still so easily hurt by her petty and ultimately-meaningless cruelty. Matt’s younger sister, Sandra (Collette Wolf), still harbors resentment towards Mavis, who has always looked right past her, and yet Sandra continues to idolize Mavis through the eyes of the unpopular kid she used to be. For Matt, the abuse he endured stunted his self-confidence and motivation, too; a trauma of the past he never asked for, but which time dealt him an ongoing war with all the same. Mavis Gary is thus not a figment of what should never be, but a mirror of what we are; colored by experiences, both bad and good, that scar our current lives and what they will become.

Before Mavis left Minneapolis for Mercury, she crawled from the unconscious embrace of a nameless man. Before Mavis leaves Mercury, she finds herself uncoiling from Matt. It’s a prelude for what’s to come, as Mavis emerges from Matt’s room and takes a seat at his kitchen table. She confesses to Sandra that she needs to change—seemingly internalizing her own words and actions since her return to Mercury as something that need to be reckoned with. But Sandra simply replies, “No, you don’t,” and explains away that it’s the people in Mercury who have the problem, not Mavis. In this instant, both women travel back in time—Mavis is again the bright-eyed girl with her entire life in front of her, and Sandra has another chance to be seen by someone who matters. Sandra asks Mavis if she can come back with her to Minneapolis, and Mavis concocts a feeble excuse as to why she can’t. The cycle begins again.

As Mavis closes the final chapter of Waverly Prep, we understand that there isn’t a new chapter for Mavis either. She leaves Mercury virtually unchanged, comforted in the idea that she was right all along. She truly is better than those losers from her hometown, and it’s Buddy’s loss that he chose Beth. Mavis’s life is enviable first and foremost because she got the hell out of Mercury. But to pity Mavis is to misunderstand ourselves. We are not better or worse than Mavis, the same way that she is not better or worse than Mercury. We are all waging an endless battle with the past, present, and future, and not all of us can come out unscathed. Time does not heal all wounds because time will continue to deal them. Not all of us can be Buddy and Beth. Some of us are Mavis Gary.