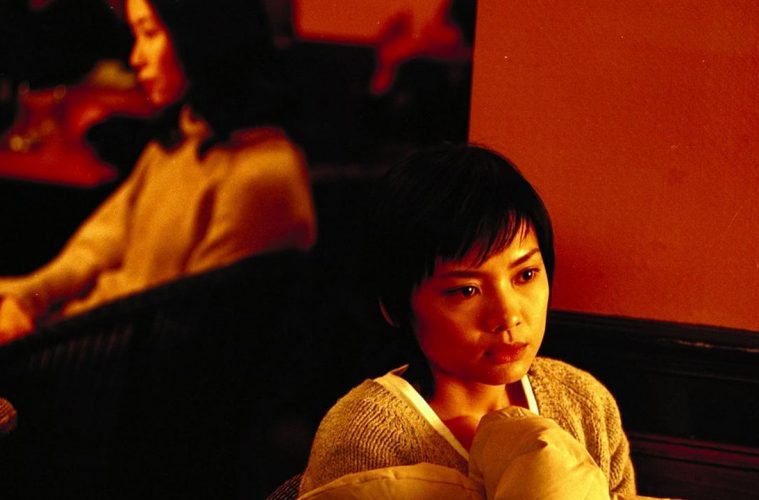 Broadly, Tsai Ming-liang’s 2001 film What Time Is It There? is about the manipulation of time: keeping time, stealing time, losing time, and what it means to exist in time with others. More specifically, I think What Time Is It There? articulates a kind of queer longing inflected by film history. Tsai is considered to be part of the Second New Wave of Taiwanese cinema. However, there might be reason to believe that he refers to, or perhaps follows, another wave of filmmaking: the French New Wave of the 1960s.

After Hsiao-kang meets Shiang-chyi, to whom he sells his watch before she leaves for Paris, Hsiao becomes obsessed with changing time. He sets all the clocks that he can find in his Taipei home to Paris time. He visits a local rental place and asks whether it’s possible to rent films from Paris. The clerk advises him to rent François Truffaut’s The 400 Blows (1959). After the loss of his father, Hsiao-kang’s home becomes a locus of different times. His mother wants to honour his late father’s time, thinking that the clocks’ lagging—having been changed by Hsiao-kang—is really her husband speaking to her. Paris time becomes a way to feel intimacy with Shiang-chyi, who carries his watch, a gift from his father.

About two-thirds into the film, Shiang-chyi looks down at a grave in a cemetery. In a long take, the camera remains static as she peers over it, almost unmoving. (To a spectator, it could be a still.) The shot is accompanied by dead air, as though there is a complete absence of sound. The film cuts to a medium shot of a man, Jean-Pierre Léaud, sitting in the very same cemetery. Léaud played the boy in Truffaut’s The 400 Blows, and, in real life, was also young and troubled. Truffaut supported him financially throughout his teen years, paying for his apartment and writing nasty letters to Jean-Luc Godard for mistreating Léaud. The cemetery wherein Léaud sits is the very same that houses Truffaut’s grave.

The camera is angled so that when Shiang-chyi enters the frame, she remains in closer proximity to the camera, and therefore to the spectator. She sits down on a bench beside Léaud and starts rummaging through her bag. Clearly looking for something, she catches his attention. He glances at her several times before asking her what she is looking for. She tells him that she is looking for a phone number—presumably Hsiao-kang’s, although she does not specify this—and so Léaud hands her his own.

As What Time Is It There? is a film obsessed with time, the setting of the scene is worth examining further. A cemetery is a place wherein time has run out. The people resting there have used theirs up; there is none left to keep, change, steal, or manipulate in any way. Meanwhile, the cemetery represents a kind of connection to home for these two people. For Léaud, Truffaut—who jumpstarted his film career and with whom he shared an important relationship—was laid to rest here. Meanwhile, unlike Léaud, whose sense of home lies under the ground, Shiang-chyi searches for a phone number: she wants to call home. As Hsiao-kang is one of the last people she sees before leaving Taipei, and she is now wearing his father’s wristwatch, perhaps he is a connection to home for her. The call home, which is a kind of calling into the future because of the different time zones in Paris and Taipei, is yet another manipulation of time in a space wherein time has run out. Standing in the cemetery where Truffaut lies, Tsai creates a concrete connection between the Paris-obsessed Hsiao-kang and Shiang-chyi. This articulates an intimacy between the two people, and an idea of home through both the time of the living and the dead.

Léaud gives Shiang-chyi a phone-number: the thing she is looking for. The two also share a kind of intimacy, both looking and longing for time in the place where time has ended. The film posits a juxtaposition between film-historic time, through Léaud and Truffaut’s presence, and a kind of queer time, through Léaud’s presence in Tsai’s film. As Truffaut cared for Léaud during his young adult life—paying for his apartment and lifestyle and giving him work on film sets—the two men are thought by some to have shared a homoerotic relationship, or at least a homoromantic one. Léaud’s presence in What Time Is It There? therefore signals a kind of longing for a queer film history. By including him, Tsai creates a genealogy between the French New Wave and the Second Taiwanese New Wave that is queer in its inflections.

Time is the most and least material thing in the film. Shiang-chyi seems to spend her days wandering. Day and night becoming conflated or collapsed. One evening in Paris, she ends up at a restaurant and meets a woman from Hong Kong. They speak to one another and the woman takes Shiang-chyi to her hotel. Lying beside one another, they exchange a tender kiss before the woman stops the encounter. I want to posit that this is a kind of queer intimacy, but also might be an intimacy of home. The two women share the same language in a place where it is not the primary one. In this way, they share the time and space of their home in a place that is geographically separate from it.

What Time Is It There? uses space as a way to make time material. Concrete manifestations of the passage of time—wristwatches, films, languages, the presence of an actor’s body—all become ways that Tsai presents time to the spectator. Time, then, becomes the method of (queer) desire and belonging.