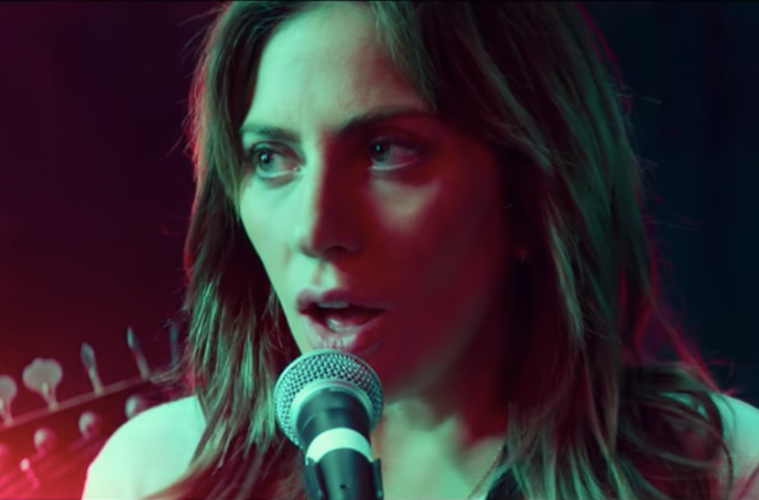 In October, Bradley Cooper released his passion project, a fourth remake of A Star is Born. I have seen the film twice and enjoyed it; it was one of my most-anticipated films of 2018 (watching the trailer practically became part of my daily routine). That said, there are some glaring issues with the female protagonist, Ally, that really bother me.

Ally doesn’t have any female friends, something I feel that she vitally needs in the movie, nor does she even have a last name (at least that’s mentioned in the film). In fact, there are hardly any women in A Star is Born. Ally goes on a whirlwind journey to stardom while also dealing with Jackson’s addiction issues behind the scenes. All of the people surrounding her are men: her father (Andrew Dice Clay), her best friend (Anthony Ramos), her manager (Rafi Gavron), and, of course, her mentor and romantic partner, Jackson Maine (Bradley Cooper). During the film, she is surrounded by men, many of whom seem to think that they know what’s right for her. Often, Ally is the only dissenter against the collective male voice telling her what’s best for her career and personal life. A Star is Born does Ally a disservice by not giving her any female friends, or an identity that exists separate from the men in her life.

There are many events in the film during which Ally seriously needs some female friends. After her initial meeting with Jackson, she’s invited to his concert the next day. She gives him a firm “no” because she has work, and because she barely knows him. Not taking no for an answer, Jackson has his driver, Phil (Greg Grunberg), follow Ally around until she relents. Ally’s father, Lorenzo, tells her that she’s crazy for passing up an “opportunity” and to just go with it, not acknowledging that Jackson’s behavior is creepy. Watching the scenario unfold, a question that I often associate with Disney movies crossed my mind: “Where is her mom?” Having a mother in the picture would add an influential female voice in Ally’s life—one who’d probably agree that a man tailing her daughter is strange—and would help to reduce the amount of controlling men in Ally’s life.

After Ally’s extraordinary duet of “Shallow” with Jackson, she goes on tour with him, becoming known for her beautiful voice and songwriting talents. Fulfilling the title of the film, Ally begins a quick rise to stardom. After meeting her manager, Rez (Rafi Gavron), a slimy opportunist, her life becomes even more male-centric and -controlled. She dyes her hair, writes and performs pop music, and adopts an image that seems more of Rez’s making than her own. However, she understands that an image change is part of playing the game, and goes along with Rez’s orders in her own way.

Jackson, on the other hand, sees this as her selling out—a rash and sexist conclusion. Ally, of course, defends herself, but the movie does not really support her decisions. It comes close to delving into a tired pop-versus-rock debate, which Jackson attempts to invoke. While yes, Jackson is more experienced in the music industry, he does not understand what it means to make it in the industry as an “other.” It’s not designed to benefit everyone, and there are often sacrifices marginalized people need to make in order to launch their careers. I would have liked to see Rez played by a woman instead of being a one-note, moustache-twirling villain—someone who understands the nature of the music industry and the games you need to play in order to make it. Having such a character would validate Ally’s career path instead of making the audience question the decisions she was making.

Every iteration of A Star is Born features the downfall of the man’s career due to addiction, and later his eventual suicide at the end of the film. After attending rehab for his alcoholism and pill addiction, Jackson is afraid that he is holding Ally’s career back. His suicide is oddly propelled by a talk that he has with Rez, who tells Jackson that he is holding Ally back, and that she will never admit it because she loves Jackson too much. After Jackson’s death, Ally is broken, wishing she could understand why her husband decided to take his life and why she wasn’t able to help him combat his depression and demons.

Ally had the men in her life by her side, but again, she needed some women. Why does she only have one male friend and only a father? Why are there no female influences in her life that could be at her side at such an emotionally traumatic time? Where were her friends (like Shangela and Willam) from the drag bar (characters I would have loved to see again) who support her so much that they allow her to perform with them, despite being a straight white woman? Some diversity in her support group would have been nice to see; people to reassure her that she is not the reason for Jackson’s death.

Furthermore, the film does not even give Ally the simple yet vital honor of having a last name. She is simply “Ally,” and her lack of a last name becomes a part of her career in the form of a ridiculous billboard on Sunset Boulevard. It would not be hard to give Ally a last name; it’s one of the easiest things to do in creating a character. Ally falls dangerously close to the Manic Pixie Dream Girl (MPDG) realm, and giving her friends would have made her a more multi-layered character. Showing the kinds of people she values and wants to be around would provide more insight into who she is as a person. I found it hard to believe that a character whom we’re supposed to interpret as talented and charismatic essentially has no friends.

Comparatively, we learn everything about Jackson Maine. We meet his brother, learn about his parents, meet his dog, meet an awkwardly-shoehorned-in friend named Noodles (Dave Chappelle), and, on top of this, he has a last name! With Ally, we get her dad, her dad’s friends, her one friend, and a bevy of men trying to tell her what to do with her music career. We don’t know her last name, whether she has a mother, or whether she has any interests aside from music and Jackson. There’s even a very MPDG-esque part of the film where Ally describes her songwriting process… on a typewriter. Four men wrote the script for A Star is Born, which explains Ally’s blandness. I root for her but want to know more about her. Hollywood cannot continue to pass off a cardboard-cutout imitation of a woman (the same goes for people of color and queer people) and pat itself on the back in self-congratulation. We know better and want better.

As I mentioned above, I liked A Star is Born. Despite its one-note female character, I do believe that there are some truly beautiful moments in the film. Cooper and Gaga have electric chemistry, the concert scenes are beautifully shot, and the soundtrack is already a classic. But the wonderful parts feel like standouts of a first draft waiting to be edited with a giant red pen. Hopefully, if this story is ever remade again, the star will have an actual identity, not to mention a goddamn last name.