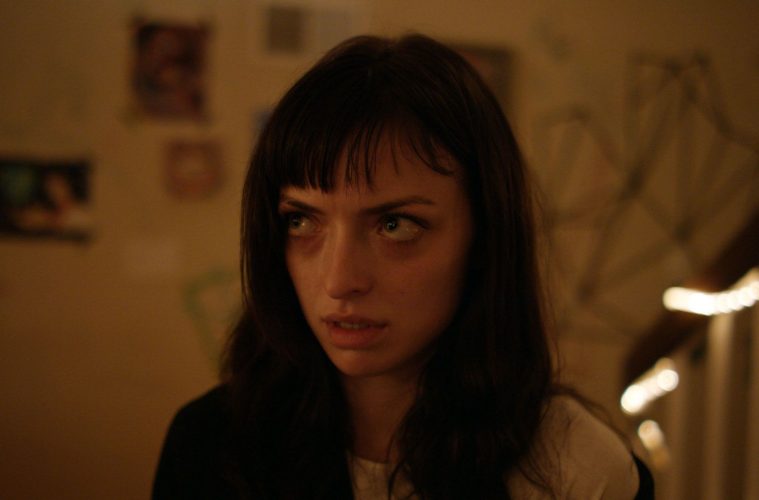 Horror is often thought of as an exploitative genre, one that thrives on abject female bodies, a perverse male gaze, and deranged killers. For much of horror film history, this has been the case. Between slashers and rape-revenge films, audiences can expect prolonged scenes of screaming women in various stages of undress being chased and eventually raped and/or killed by a male figure. They could expect that after her assault, the woman would become more sexual and use that to enact her revenge. They could expect the woman to slowly lose her humanity and morph into a violent monster. This was a pattern established by a canon of female torture, from rape-revenge films like I Spit On Your Grave and Ms. 45 to slasher flicks such as Halloween and Nightmare On Elm Street. Yes, these are important films that have defined the horror genre, but there is no denying that they have issues with gender politics and the exploitation of the female body.

Recently, female directors have been working to reclaim this exploitation by appropriating these tropes to create empowering horror narratives. These films are still violent, but they do not solely depend on the suffering and abjection of their female characters. Coralie Fargeat’s Revenge is at the forefront of everyone’s minds when talking about reclaiming rape-revenge films and creating an empowering, feminist narrative from a typically exploitative genre. While Revenge is prominent marker in this shift, Natalia Leite’s M.F.A. does similar work while also highlighting the very real problem of rape on college campuses and the lack of resources available to survivors. This absence pushes Noelle (Francesca Eastwood), the film’s protagonist, to vigilantism, as it seems to be the only way to achieve any type of justice.

Many rape-revenge films are centered on a graphic rape of a woman by a stranger that seems to occur out of nowhere; there is no reason for the assault other than taking power from a woman. M.F.A.’s rape scene complicates that narrative when Noelle is raped by a fellow classmate. While the scene is difficult to watch, it navigates the issue of revoking consent during a sexual encounter with someone you like. Yes, Noelle willingly goes to his bedroom, and yes, she does kiss him. But she tells him not to go any further, and he does anyway. This moment speaks to an experience that many women have encountered and makes M.F.A. all the more poignant.

Then, there is the revenge aspect of the film. After the accidental death of her rapist, Noelle realizes that she is not the only one who needs justice. She dons a hot-pink wig, grabs a hammer, and heads to the nearest frat house to enact her self-proclaimed vigilante duty. She is not seeking revenge on her rapist; she is seeking revenge on all rapists. She is living out the fantasy of so many women who wish to hurt those who hurt them. With M.F.A., Leite is constructing a new rape-revenge narrative that speaks to a more realistic female experience. This is not about exploitation and the male gaze; it is about exposing the true horrors of the everyday and the extreme lengths one would go to try and stop them.

Director Jen McGowan also wishes to construct a more realistic horror narrative, one that subverts audience expectations about the female body. Instead of the rape-revenge genre, her 2019 film, Rust Creek, reworks the tropes of the slasher, specifically the Final Girl. She and writer Julie Lipson create a narrative that subverts expectations for its female character, where their Final Girl breaks out of horror stereotypes of delicate femininity and confronts audiences with a new way to look at a figure that has become a staple to the horror film.

Sawyer (Hermione Corfield) is the film’s Final Girl who spends the film running away from two meth dealers who attack her on the side of the road. Initially depicted as a spoiled brat, McGowan and Lipson subvert audience expectations of Sawyer, calling into question how quickly we judge female characters. From her perfect manicure to her expensive phone and car, Sawyer seems like the perfect victim, a girl who wouldn’t know how to defend herself. However, as soon as the two men assault her, she springs into action with some impressive self-defense moves that save her life. As she flees her attackers, she rips off her fake nails to help her climb to safety and tears up her clothes to fashion a tourniquet. The spoiled child we are initially presented with is not as attached to this polished image as we expected; there is more under the surface than a vapid woman who is often seen as a victim in horror.

Just as important as the directors in this changing horror landscape are the writers, like Isa Mazzei. Last year, Mazzei wrote Cam, which was the first horror film to portray sex workers in a positive light. No longer were they mutilated bodies or nameless characters; Mazzei wrote them as women with agency who are doing their jobs. She has not only challenged a subgenre but an entire way of thinking about the cinematic body of the sex worker. Drawing from her own experience as a camgirl, Mazzei constructs a story about the horrors of the internet through the eyes of a woman who uses it as her sole source of income. Mazzei reclaims the exploitation of the sex worker and portrays them as what they are: human beings.

These directors and writers are just a few of the women in horror working to change the trajectory of the horror narrative and how we view the female body on-screen. Yes, horror is a genre built on violence and gore. But these women are re-evaluating the use of that exploitative violence into something thoughtful, empowering, and equally gory. The monsters they construct are not so fantastical and the scenarios they portray are much more real, giving their violence more meaning and purpose. It is not just about reveling in women’s bodies in pain; it is about understanding their pain.