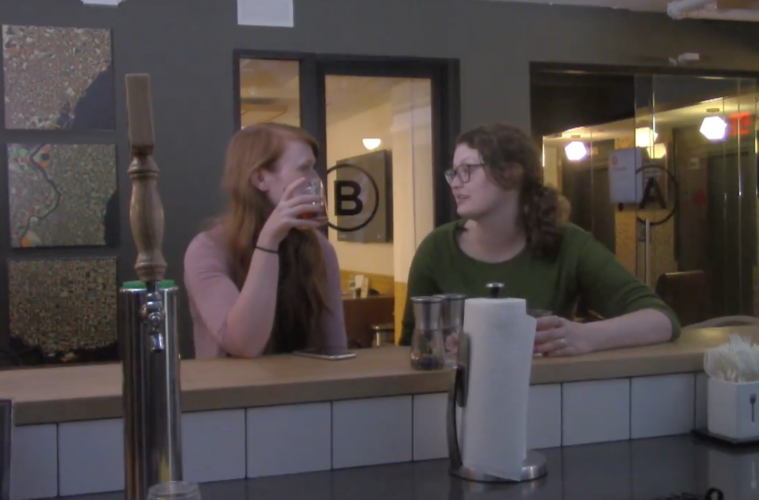 Review: ‘Assault and Other Stages’ Grapples with the Complexities of Sexual Assault Through Comedy

The Kübler-Ross Model dictates that there are five stages of grief: denial, anger, bargaining, depression, and acceptance. Rosa Escandón’s Assault and Other Stages suggests that there may be room for a sixth stage: joy. The six-part web series follows Rita (Escandón) as she copes with a sexual assault, and shows how being raped changed her life and her attitude on various issues.

Each episode plays an audio clip of a popular comedian telling a rape joke over the title cards. In “Denial,” Rita considers her rapist—whether or not he understands what he did to her, the fact that she follows him on Instagram because she hates the idea that he’s happier than she is, and how she’s come around to the idea of telling her mom that she was raped. In “Anger,” she screams at a sidewalk catcaller until she’s breathless. In “Bargaining,” she describes the chore of “coming out” to love interests, both as bisexual and as a rape survivor. “Depression” is an ode to sad-girl karaoke and self-defense. In “Acceptance,” Rita realizes that being raped doesn’t have to define her life, and that she can still find joy in the things she used to love, and “Joy” finds her stronger than ever.

Escandón is a strong and witty comic, but Assault frequently steers away from a cohesive story and into a half-baked, one-woman show. Perhaps it’s the series’ $200 budget, or maybe it’s the truth of its content, but it hits about as often as it misses. Ultimately, Escandón is telling a brave truth: sexual assault doesn’t just go away. The consequences, thoughts, feelings, and trauma of an assault can stick with an individual for an indeterminate amount of time, and everyone handles it differently. Escandón’s honesty and transparency are not only gutsy, but cathartic for both audience and creator. Her thoughts and words are not necessarily textbook or unproblematic, but they are real and have the potential to be incredibly healing.

As an assault survivor, I found the clips of comics’ rape jokes (inserted to prove a point) to be the most triggering part of the series, though I would advise all survivors to use their best judgment. Assault and Other Stages is available on YouTube.