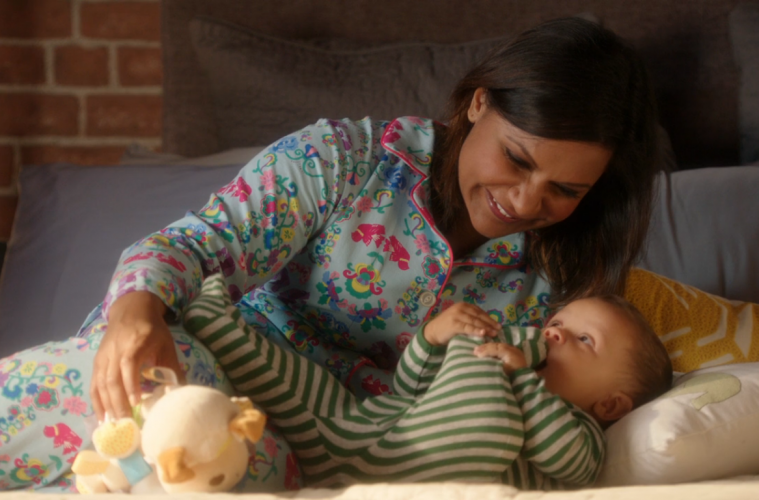 The Mother of All Jokes: Maternity in Women-Led Sitcoms

We’ve come a long way from the traditional sitcom mothers of days past. The beautiful, white, and morally good Carol Bradys and June Cleavers, who served as passive housewives with little agency, are being phased out and replaced with women who better represent how diverse the experience of motherhood is.

While the portrayals of women in television are still far from perfect, I can confidently say that women have been given more opportunities to express themselves and challenge patriarchal norms, both behind and in front of the camera. An important development in recent television history has been women creating their own sitcoms in which they write, star, and direct. The power that these women have allows them to express themselves like never before, inspiring a lot of girls (myself included) to Follow Their Dreams™.

In almost all of these shows, however, parenthood still serves as an integral part of the female narrative in a way that differs from that of the male characters…except for maybe Tim Allen. The way that motherhood is portrayed in shows created by Mindy Kaling, Lena Dunham, and Tina Fey, illustrates the challenges these women still have to overcome in a patriarchal society.

Motherhood is still the primary role that women are thought to have been born to play. While this notion is constantly being challenged and redefined, there is still an assumption of motherhood as what reinforces a character’s femininity, and that assumption is pervasive in television. The female protagonists of The Mindy Project, Girls, and 30 Rock challenge the binary by being assertive, successful, and crude, but still rely on the role of motherhood to reinforce their femininity in patriarchal and biological terms. This ignores a large group of people who identify as women but don’t or can’t have children for whatever reason.

Being a woman and being a mother are not synonymous. The frequent use of motherhood as a narrative tool in these shows suggests that women must become mothers in order to be considered respectable, and also reinforces the idea of an essentialized femininity.

Still, this essay isn’t anti-moms. (If you follow me on Snapchat, you know how much I love mine.) What I really want to do here is analyze the benefits and pitfalls of motherhood in female-led sitcoms, and how these representations both encapsulate and challenge ideas of essentialized femininity and patriarchy. When looking at women in maternal roles, there are a few tropes that reinforce and challenge the oppression that women experience.

There is nothing more expected in the eyes of the patriarchy than for a woman to have children and obey her husband. Most instances of women getting pregnant in popular comedies occur through accidental conception, as seen on Girls and The Mindy Project. When Liz Lemon finally meets her kids at the end of 30 Rock (this is a spoiler but if you haven’t seen it by now, do you really have the right to be upset?), her children are miniature versions of Tracy and Jenna, suggesting that Liz was a mother all along.

In order for a woman to have her own show, she needs to be multifaceted – funny, smart, and hardworking in all aspects of her life – while still maintaining her femininity. By having children and raising them as single mothers, these characters challenge overt patriarchal traditions but are still governed by patriarchy and biology. Even if women are successful, they must maintain some aspect of their femininity to be considered relatable and respectable.

Another interesting thing to note is the gendering of their children. In The Mindy Project and Girls, both Mindy and Hannah have boys. Even the titular character in Jane the Virgin – a show that champions the strength and love between mothers and daughters – has a son. The power these women have inherited from other women is therefore passed down to men. Strong female characters are role models, but the fact that we only see them raising male children contributes to the notion of individualism, rather than unity and support of other women.

This can be seen in the conclusion of Girls, where the characters decide that they must go their separate ways, and Hannah leaves New York to raise her son. This ending diminishes the importance of the friendships between women that Dunham spent six seasons building. In the end, Hannah is by herself with Grover, while Marnie, Shoshanna, and Jessa have outgrown each other and are no longer friends. The show is called Girls, for crying out loud. What kind of message does that convey? (Also, what kind of name is “Grover”?) This idea of succession and baby boys fulfills the standard formula of romantic narratives, where the woman has a man in her life that she sacrifices and changes for.

While motherhood is presented as extremely rewarding and fulfilling, it also serves as an extra obstacle that each protagonist must grapple with, in addition to the other areas of their lives. In this case, babies are a metaphor for sacrifice and one of the burdens of womanhood. In real life, Lena Dunham and Mindy Kaling do not have children, so their shows are their babies: they raise them, take care of them, and resent them for ruining their social lives.

Using this familiar vehicle – women sacrificing motherhood for their art – is a little twisted and ironic, but it’s also effective in communicating the message: being a woman is burdensome, whether you choose to be a mother or not.

Shows like 30 Rock, The Mindy Project, and Girls are incredibly important in this day and age. The resilience of Kaling, Fey, and Dunham illustrates that women have the capacity to produce content that is important, relatable, and inspiring to other women. But the limitations and expectations for them as women in television, however, are still prominent and strict. They are successful, brash, and hardworking enough that they need something to reinforce their femininity; ergo, children are critical in their stories.

Women who commit their lives to their jobs are not considered successful; they must have it all and then some to be truly fulfilled. Children are critical in the notion of inheritance, so when strong female characters only have boys, it reinforces the status quo. The use of children allows for a relatability that is hard to achieve otherwise; but is relatability what we need? Are these individual stories of womanhood discouraging the unification and celebration of women collectively? Is motherhood as a narrative device the only way for women to express womanhood and be taken seriously? The only way to know is if we explore different experiences of femininity that challenge and expose the patriarchy for what it is.

And while we’re at it, let’s thank God that Broad City exists.