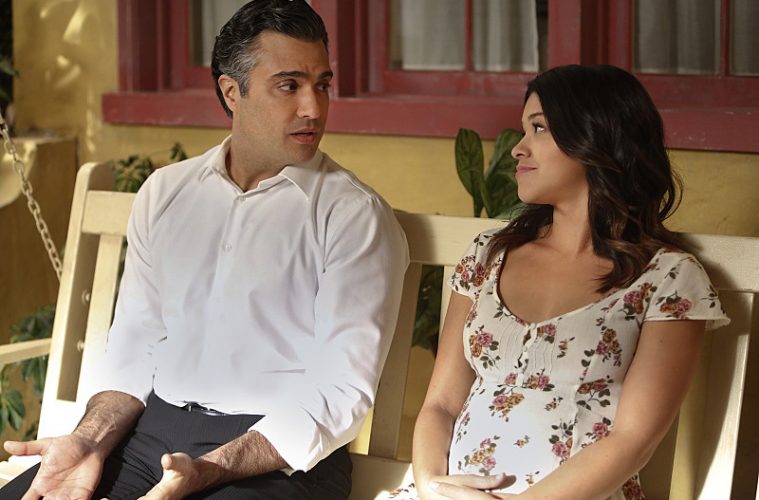 Learning to Love My Less-Than-Traditional Family Through TV

It was a Thursday morning in August that seemed chillier than usual. The last of summer was shedding its skin and both the trees and I prepared for colder times.

That morning, my dad had said, “I just want to move on. I’m so tired,” and then wanted us to eat breakfast together like nothing had happened. Afterwards, my dad left and we went without contact for a year. I didn’t understand it at all. It happened like a whirlwind, but my family didn’t make any of the sounds I thought one would when it broke. He kept telling us that he and my mom were best friends. He insisted that we’d still go on family vacations together. He said it was different because his children were adults now. I still don’t get it sometimes. We didn’t shatter. It was slow, like the ocean making sea glass.

Like all people charting new territory, I searched desperately for points of reference to re-orient myself. All my friends from my childhood and my teen years had parents who were still together. None of my extended Catholic family had ever divorced. No one could offer advice from a place of knowing. Eventually, media became my only compass needle. In the end, television was my double-edged sword. It got a lot worse before it got better, but it got so much better. I’m grateful.

For countless cultures and countries, television helps us make sense of the world around us, including family dynamics: how to navigate when your parents just “don’t get” that teenage phase, the coming-of-age task of growing independent from your family, and the ever-popular trope that Dad will never like the boys you bring home. It was hard to search for my own clues on the screen with my now less-than-traditional family. I didn’t see myself on screen at all. My family didn’t fit into the mold that TV seemed so hell-bent on selling.

Because of that, at first, the small screen left me bitter. I’d see positive examples of families perfectly framed with perfectly plastered pearly-whites, and I’d feel angry. I’ve always considered anger a secondary emotion; a mask to hide behind when you’re actually afraid or upset. And I hated myself for being angry. I just didn’t want to feel it… but I kept being angry because I knew that trying not to feel it would make it worse. I rode through the anger until it was taking up more energy than it was worth. One night, I remember watching Jane the Virgin with my boyfriend. Jane’s long lost father, Rogelio De La Vega, made a speech about how Jane was the most important thing in his life. I vividly remember closing Netflix and spending the rest of the night ugly-sobbing under a blanket while my boyfriend took care of me. I felt like someone took that away from me. I felt the weight of unfairness crush me. I felt a pressure in my head like a deep sea diver. I felt I was drowning a thousand miles away from a Rogelio, a Homer Simpson, a Paul Hennessy, an Uncle Phil. In plainer terms: a dad.

Eventually, I felt more like I had Walter White for a father. At first, when I was angry, I spun it in a mean way. I’d spit vitriolic adjectives like “megalomanic” and “toxic”. Then, when the anger eventually picked up its own pace and jogged past me, the parallel between my own father and Walter White took on a different meaning. White was someone who meant well, who loved his family more than anything, but who ended up making some wrong turns in the name of his ambition. After all, I did always love television’s ability to make you question morality. I had always been able to see Walter White in a complex, grey way. The way you should see another human being – a sum of parts that may sometimes contradict each other. I asked myself why I did not extend the same fairness to my own father. He is not a “bad guy”; he is a complex human being with his own wants and fears and mistakes.

In the end, and like with most things, the exposure to different experiences helped me. It helped me push those feelings forward so I could get them out of the way and just live my life the way it is now. Having my parents separate and seeing families everywhere on TV helped me realize that emotions are never going to be something you can stuff away in the closet and choose not to have. TV has always been a huge escape for my problems – but not this time, and that was for the best.

While I was lamenting that I didn’t have an Uncle Phil-type father-figure in my life, I missed an important facet of The Fresh Prince of Bel-Air: Will has to go through his own familial struggle before finding a family dynamic that works. Even in such a lighthearted comedy, we get a glimpse of Will’s struggle in that famous and heart-wrenching monologue about why his biological father didn’t want him.

That is why television ultimately helped me come to terms with my less-than-traditional family. Look at Will Smith in Fresh Prince. Look at Jane’s upbringing in Jane the Virgin. Look at Full House, at The Mindy Project, or anything Disney has ever made. But if you’ve seen any of those shows or movies, you can see how damn happy their protagonists are, even as widows, or single parents, or whatever. A nuclear family doesn’t necessarily mean a happy, functioning, healthy family. For every Brady Bunch, there’s an Arrested Development.

I realized that all families had quirks, or dysfunctions, or non-traditional ways of going about things, and none of them have to be problems if we don’t want them to be. As far as my family goes, I’m not in a bad place at all. Thanks to television and time, I realize that family has nothing to do with who’s in it or how it’s set up, but everything to do with how much they love you. And I’m so lucky that my brother, mom, cousins, uncles, aunts, nieces, and nephews all love each other so much. Though we’ve gone through a lot since last August, even my father loves me so, so much and wants to have a great relationship.

In the beginning, I was using television as a benchmark for what family “should” be and I got upset when mine didn’t measure up to this falsely-imposed standard. Media has always informed us of social norms, and now, more than ever, the media is in the hands of the people. With that, television is an opportunity to decide what family can be. I say family can exist anywhere there is love – two women and their eighteen kids, a single mother or father, three men and a dog, six rascally but loveable orphans, a horse raising three kids…  it’s up to you to carve out what family means. Find strength in that. I know I do.