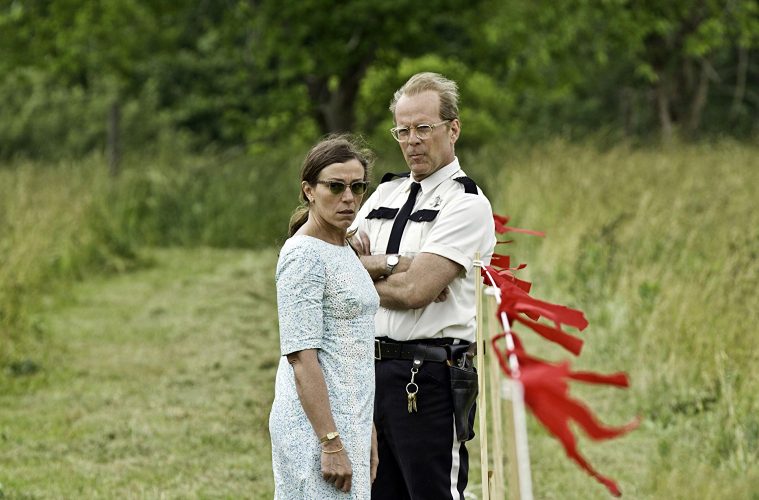 The Mothers of Wes Anderson’s Oeuvre

The dynamics of family life are central to the films of American auteur Wes Anderson. One recurring theme in his films is the struggle of the Baby Boomer generation to maintain the “traditional” nuclear family unit while raising the new generation of precocious Generation X children. The women of the Baby Boomer generation strove to become empowered and independent, resulting in an unprecedented increase of women shifting from exclusively domestic spaces and into the workplace.

Unfortunately, the Boomer Mothers of Wes Anderson’s oeuvre are systematically boxed into stay-at-home mothering roles, often directly sacrificing their careers (or vice versa). Additionally, when a mother resists this patriarchal system and attempts a hybrid model of both career and children, it leads to the sacrifice of her marriage and eventual familial collapse. The fathers of Anderson’s oeuvre are often oafish hams who see their female counterparts exclusively as either primary caregivers, with no time for career aspirations, or the inverse. This systemic boxing of the matriarchs in Wes Anderson’s films finds its origins in Wes’s own familial experience and is enforced not only by the father characters, but also by Wes as the author himself.

Wes Anderson, a middle child, was born on May 1st, 1969. His mother, Texas B. Anderson, was an archaeologist; his father, Mel Anderson, an ad man. They lived in an upper middle class suburb of Houston, Texas. His mother was a university-educated Boomer who held a full-time job while being a mother of three. Texas and Mel divorced when Wes was eight years old. He and his brothers lived with their mother, only visiting their father on weekends. Anderson has spoken about the profound effect the divorce had on his upbringing; a broken family is a constant element across Anderson’s oeuvre.

Shortly after the divorce of his parents, Anderson discovered his vocation for storytelling by using his father’s Super 8mm camera to make shorts with his brothers and neighbouring friends. Despite the collaborative process, Anderson would retain auteur-like control over the direction and structure of the juvenilia. Anderson’s traumatic familial experiences early in his youth would have a profound impact on the themes and controlling methodologies that define his films. He couldn’t control the outcome of his own family, so his hyper-detailed filmography became his outlet of control over the minutiae of family life.

The early films of Wes Anderson lack characters who are mothers. Anderson’s first film, Bottle Rocket (1996), features only unseen and briefly mentioned mothers. His second film also does not feature a matriarch, as the mother of the protagonist died while he was a child. Although Rushmore never reveals the occupation of Max’s mother (her gravestone only reads “beloved wife” and “mother”), it seems that Max’s father was a modest breadwinner as the owner of a barber shop. It can be assumed that Max’s deceased mother would have performed the childrearing. After the joblessness and transiency of Bottle Rocket, Rushmore marks Anderson’s emerging obsession with occupation as a characterization technique. This would be in full bloom in his next film, The Royal Tenenbaums, counting a legal solicitor, archeologist, accountant, behavioural psychologist, dramatist, businessman, and pro tennis star among its protagonists. Max expresses Anderson’s motif through his repeated lying about his father’s blue-collar occupation, transforming him from a barber to a neurosurgeon. In a Wes Anderson film, a character’s occupation is defining and fulfilling. So where does that leave female characters whose primary occupation is raising the children of Gen X? 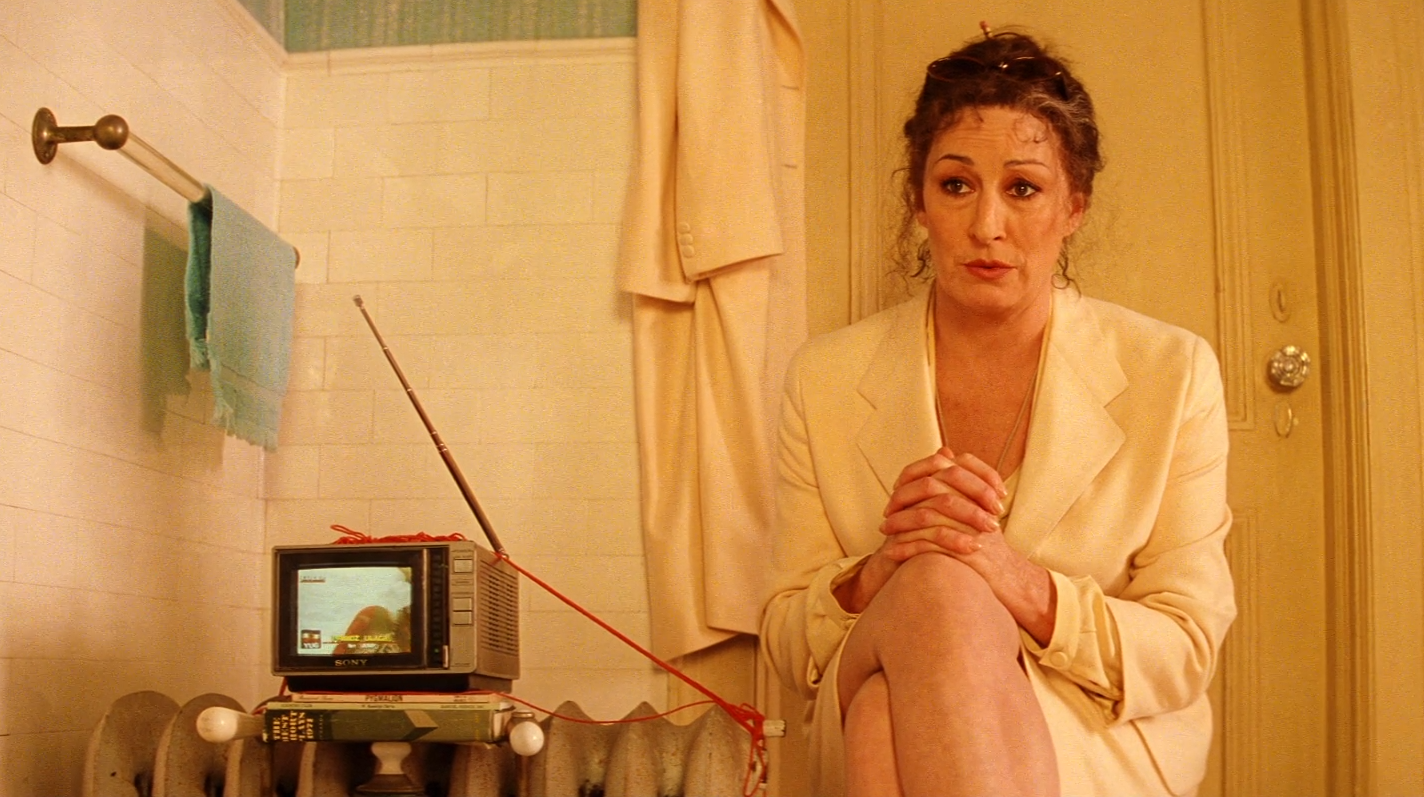 In The Royal Tenenbaums, Anderson explores the possibility of a Boomer woman, Ethel, attempting to have a high-powered career while raising children (who would also go on to have high-powered careers). Although not explicitly depicted in the film, it’s indicated that Ethel’s attempt at professional-mother hybridity threatens her husband Royal. Anderson has Royal react with philandering, lies, and eventually divorce. Their children are roughly the same age that Anderson was when his own parents divorced. Eventually, like young Anderson’s own divided family, the children grow up with their mother while only sporadically visiting their father. Further, there are striking similarities between Ethel Tenenbaum and Anderson’s mother, Texas; from her archeological occupation right down to her real eyeglasses, which Anderson used for Ethel’s costumes. It’s also worth noting that Anderson perpetuates his dead mother trope with Chas’s dead wife, Rachael.

The Royal Tenenbaums functions as Anderson’s thesis on Boomer-Gen X familial dynamics, with Royal and Ethel’s failed marriage representing Anderson’s own reservations about Boomer mothers balancing their professional and family lives. Anderson reveals over the course of his career that Boomer mothers must choose between an intact family or a career.

In Anderson’s next film, The Life Aquatic with Steve Zissou (2004), he depicts a similar spin on this systemic boxing. Eleanor Zissou becomes forced into a depreciating professional partnership with Steve and is prevented from becoming a mother. Steve funds many of his expeditions through money from Eleanor’s parents, which solidifies her role as an essential member of the Zissou team. Eleanor is prevented from attempting to be a mother while having a demanding career, as Steve’s patriarchal worldview prevents him from willingly impregnating Eleanor, instead blaming her for being too old to bear children (even in her 30s).

Anderson used Anjelica Huston again as his shorthand for a dissatisfied Boomer unable to enjoy the freedoms offered to her male counterparts in his next film, The Darjeeling Limited (2007). Huston’s matriarch character Patricia Whitman eventually forces herself out of Anderson’s depiction of the patriarchal Boomer generation of the West by abruptly leaving to become a nun in northern India after the death of her husband. Where in The Royal Tenenbaums, Ethel divorced Royal and kept the kids, and in Life Aquatic Eleanor eschewed motherhood for a career, Patricia instead gives up her husband, her children, and the whole of Western society. A year after Patricia’s estranged husband dies, her three adult children, suffering from arrested development (a constant theme in Anderson’s characterization of Gen X going back to Bottle Rocket), seek her out in India. The adult Whitman children are depicted as disappointed when Patricia makes it clear she is not interested in acting as their mother figure before disappearing from their lives again.

Anderson systemically writes Boomer women like Patricia into choosing between family and occupation. This recurring generational narrative reflects how his views on the nuclear family unit have been shaped by Boomer-generation mothers choosing to take up occupations instead of being exclusively forced into antiquated stay-at-home mothering roles.

After spending several films exploring broken or incomplete families, Anderson centers The Fantastic Mr. Fox (2009) on his most conventional nuclear family to date (possibly due to Fox being Anderson’s sole adaptation of another’s work). While the film starts with Mr. Fox and his wife, Felicity, as partners in crime, Felicity’s pregnancy forces Fox to look for a safer line of work. The two settle down and Mr. Fox becomes a newspaper columnist, while Felicity is written into being a stay-at-home mother who only paints landscapes as a hobby. The film follows Mr. Fox as he becomes bored with family living and pines for his earlier days as a burglar, eventually moonlighting covert missions to human farms. Felicity, however, remains systemically boxed into her life as a mother; she doesn’t receive her own sub-plot and her role in the film is only in relation to the male characters like Fox and her son Ash. The film is bookended by Felicity becoming pregnant again, thereby further cementing her solely as a mother. Fox, like all Anderson films, ends on a positive note, however, indicating that Anderson doesn’t detect anything wrong with his patriarchal pattern of systemically boxing Boomer women as either mothers or divorced career women.

Moonrise Kingdom (2012) begins Anderson’s latest phase of his career, signalled by his shift away from the Boomer-Gen X generational divide and towards period settings. As J. M. Tyree has noted, however, the Bishop parents in Moonrise Kingdom resemble the dissatisfied Boomer characters common in his films, as opposed to members of the Silent Generation raised during The Great Depression, which they would actually be. This is further compounded by Anderson’s use of Bill Murray as Walt Bishop. Like Anjelica Huston, Murray has become Anderson’s shorthand signifier for the aloof Boomer father in films like Rushmore and Life Aquatic. While Laura and Walt Bishop work together as attorneys, the Bishop children are left alone as latchkey kids (a defining characteristic of the children of Gen X), allowing Suzy to escape easily and elope with Sam.

Although ostensibly tackling a new generational divide, Anderson appears to be returning to his Boomer-Gen X wheelhouse, signifying that these cinematic families are reflections of Anderson’s own vision and worldview on family dynamics that have been influenced by his experiences. Unlike Eleanor Zissou, Laura Bishop works closely with her husband while simultaneously raising children. Anderson reflects the implications he believes occur when Boomer mothers empower themselves with a career by characterizing Laura as a stifling ‘helicopter parent’ who barks at her children through a megaphone while reading parenting guides like How to Deal with your Troubled Child. He also further perpetuates the notion that there are negative repercussions for families with mothers who work through the infidelity subplot between Laura and police chief Sharp, which leads to instability in her marriage and family. Although the film ends with the marriage intact, the coda sequence depicts Laura and Sharp’s relationship continuing – indicating an eventual divorce like that of the Tenenbaums. Laura is able to continue her career while being a mother, but Anderson doesn’t allow her to find true happiness in her domestic life.

Ultimately, after coming close to representing a fulfilled hybrid mother-professional character with Laura Bishop, Anderson has recently moved away from focusing on central family structures (and the dynamics within them) with The Grand Budapest Hotel and the unreleased Isle of Dogs. But there are reverberations of Anderson’s earlier problems. His most recent young male leads (Sam and Zero) are both orphans, echoing the parentless-ness of Bottle Rocket, and the dead mothers of Rushmore, The Royal Tenenbaums, and The Life Aquatic. M. Gustave only beds menopausal women who are uninterested in family life, similar to Steve Zissou. These tropes echo throughout all of Anderson’s films. His notions of family and women in the workplace, accrued from his childhood experiences, deeply impact the stories he tells, and in turn, affect the representation of women on screen negatively.

Wes Anderson always writes his own stories and therefore gravitates more towards a male point of view. This results in exclusively male leads, while major female characters like Margot Tenenbaum and Suzy Bishop only appear as part of an ensemble. When questioned about the lack of female leads in his films, Anderson replied that he “would love to write a good, big part where the lead character was a woman. I want to see if I could do that well.” Fair enough. But, as a final point, all of Anderson’s films have been co-written with other men – Owen Wilson, Noah Baumbach, Jason Schwartzman, Roman Coppola, Hugo Guinness, and Kunichi Nomura. If Anderson truly wishes to have a female lead, why hasn’t he co-written a film with a woman? Until then, Anderson’s female characters are unlikely to be depicted as both fulfilled with family life and empowered, through Anderson’s all-important characterizer – a professional occupation.