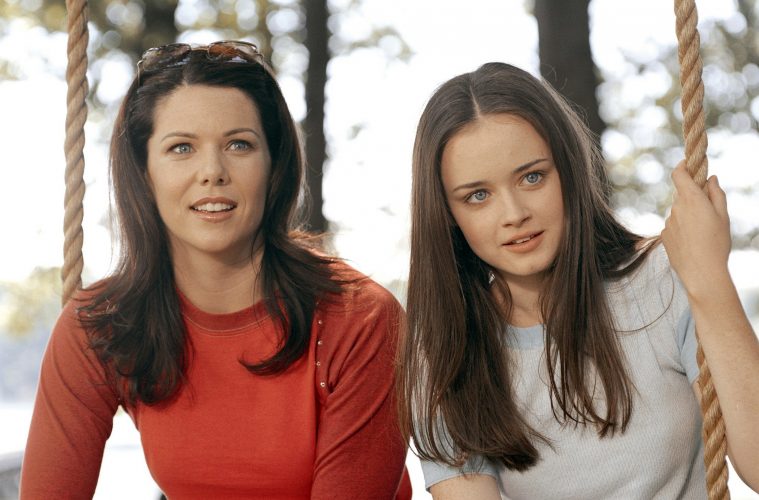 Turns Out, ‘Gilmore Girls’ Was Super Weird About Sex

Over the years, Gilmore Girls has become a larger-than-life show—something that bonded mothers and daughters together, that new friends trying to find common ground could talk about. A couple of fans were so dedicated to the show that they released a podcast called Gilmore Guys, which went on to get more than five million downloads.

Confession: I was always that girl who told everyone at every chance I got that I was Rory Gilmore. While I didn’t go to Yale or have a teen mom, I do have an eerily similar family situation, live in a town just like Stars Hollow, and have always had journalistic aspirations, making it my favorite show to watch growing up.

Gilmore Girls is the TV equivalent of a warm hug. It feels familiar, it’s easy to come home to, and I genuinely feel like I am hanging out with Lorelai and Rory at Luke’s. I have re-watched the show dozens of times and know every plot point down to the smallest detail. But as fans continue to grow up, Gilmore Girls doesn’t age quite as well.

When the show came out in 2000, it was kind of iconic. It featured three incredibly strong but relatable and flawed leads, was written and created by a woman, and passed the Bechdel test most of the time. Most of that continues to ring true to this day, and we can still admire how these characters are portrayed. Where the show doesn’t stand the test of time, though, is in its sex-negative attitude.

While I was growing up, I never really noticed this problematic trend. Considering that I was 10 years old, it made sense that Rory’s first kiss with Jess made my heart melt, but Rory losing her virginity to Dean was extremely awkward, especially considering that my mom was sitting on the couch next to me. But as I’ve gotten older, and the world we live in has gotten more woke, what is more uncomfortable than experiencing your favorite character lose her virginity is how negatively the show portrays sex.

While it is a trend throughout the show, there are a couple of glaring moments. Paris Geller is the first to lose her virginity in the third season. When Lorelai overhears Paris and Rory talking about it, she says that “[she] got the good kid” because Rory hasn’t had sex yet. So, having sex makes you a bad person? Is that what this show is trying to tell us? This whole situation is almost immediately followed by the fact that Paris doesn’t get into Harvard, and says that she thinks it’s because she’s being punished for sex. When Rory goes home and finds acceptance letters from Harvard, Princeton, and Yale, Lorelai comments, “You must be the biggest virgin in the world.” And while this is supposed to be played as a joke, it still enforces the mentality that Paris was punished for having sex and that Rory was rewarded for staying chaste.

When Rory loses her virginity, it’s a big mess. She sleeps with her married ex-boyfriend, Dean. While it’s fair and true that sometimes sex can be emotionally messy and that affairs happen, the aftermath of this incident isn’t any sort of introspection or a lesson-learned moment. Instead, Rory just moves on in life with no acknowledgement that losing her virginity was pretty traumatic for her. Considering that so many young girls were watching this show and idolizing Rory, this was definitely an interesting choice for the writers to make.

Finally, Lane makes the choice to wait until marriage to have sex, and then when she finally does get married and does so, it’s terrible—so bad, in fact, that she vows to never have sex again. It could’ve been an interesting portrayal for a character to have less-than-great sex their first time and then work to figure out what she enjoys. Instead, Lane finds out that she has gotten pregnant with twins, which she and her husband are pretty miserable about.

Virginity isn’t the only thing that is portrayed as a negative experience or punishable offense on the show. Accidental pregnancies are extremely common, and there is no conversation about the right to choose or even adoption. This is noteworthy because, out of the six pregnancies shown on the original run of the show and Gilmore Girls: A Year In The Life, only one of them is planned. Lorelai got pregnant with Rory at 16 years old, Christopher’s girlfriend finds out that she is pregnant right as Lorelai and Christopher are about to get back together, two out of three of Sookie’s pregnancies are unexpected (and the last one is initially unwanted), Lane gets pregnant after her first time having sex, and finally, the famous last four words of Gilmore Girls: A Year in the Life are Rory telling her mother that she is pregnant—presumably by her ex-boyfriend, who is engaged to another woman.

Portrayals of unplanned/unwanted pregnancies aren’t necessarily problematic, but the fact that the show never mentions abortions or the right to choose doesn’t make it inclusive and informative. And worse, it wasn’t even a sign of the times. Gilmore Girls ran from 2000 to 2007. In that time, TV shows like Grey’s Anatomy, Degrassi, and The Secret Life of the American Teenager were all airing sex-positive discussions and open dialogues about abortion. This makes the fact that Gilmore Girls chose a different route even more problematic.

In a country where sex-ed is still nowhere close to as educational or informative as it should be, lots of young people gain a better understanding of sex, relationships, and love from TV and movies. Learning that accidental pregnancies happen without discussion of abortion and discussing sex as a punishable offense is what Gilmore Girls brought to young fans.

On top of that, there is still a continuing stigma that women don’t have the same right to enjoy sex as much as men. You would hope that a show like Gilmore Girls, which features women leads and had a female showrunner, would explore that topic. But instead, men are able to sleep around with much less judgment and women are still punished or reprimanded for doing so.

At the end of the day, Gilmore Girls taught me a lot about family and relationships, and while I could never let it go for good, my New Year’s resolution has been consuming more media—like Broad City, Grey’s Anatomy, Jane the Virgin, Easy, and The Mindy Project, to name a few—that teach positive messages about sex. These are the shows that can start a conversation or change the perspective of someone beginning to understand their sexuality.