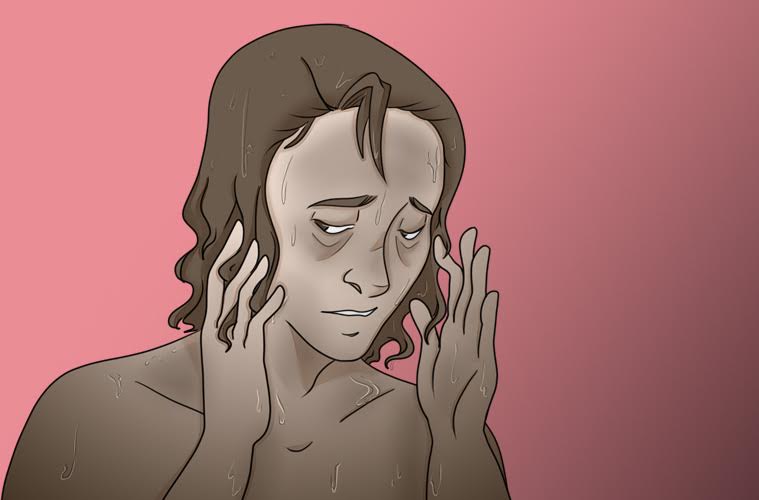 Understanding My Grief Through ‘Jackie’

When I first saw Pablo Larraín’s 2016 film Jackie, I’d never experienced grief before. Heartache and loss, of course, but I’d never had someone really close to me die. I’d attended the funerals of distant, older relatives and neighbors as a child, but I’d never really felt like my life had been changed by these. I didn’t know what that sadness, anger, and guilt that Jackie Kennedy (as portrayed by a brilliant Natalie Portman) in the film felt like. The movie appeared to me as a fascinating historical biopic, but not something I could exactly relate to. A little over a year later, that changed. I watched the film late one night, after spending the day at the hospital watching a close family member as they died. And the film meant something so different and personal.

That first time I saw the film in theaters, I was blown away by the grand nature and scale of it all, and I mentally filed it away under films I should avoid re-watching so as to not run the risk of ruining it for myself. I felt dazzled and devastated. Jackie Kennedy in an extreme close-up, frantically cleaning the blood off her face with blurry eyes, is a scene that I immediately knew I’d forever have imprinted in my memory. There’s a sweeping beauty and elegance in the film that’s married to ugliness and horror. A lovely pink dress marred by blood. The pristine rooms of the White House and all of its gowns and jewelry haunted by a chain-smoking, drinking widow. The warm image of Jackie and her children playing by a lake at sunset, with the voice-over of a priest discussing doubt and life’s limitations, all supplemented by Mica Levi’s mournful score.

More than anything, though, I saw the film as a story of how history is shaped. How one woman is driven by determination, rage, and grief to carefully construct a legacy. From the funeral procession and burial site to her answers in an interview, she understands what will capture the media and public’s attention and uses it to her advantage.

“Are you afraid I’m about to cry?” she asks a journalist before they proceed with an interview that she’s conducting, in order to further cement her husband’s place in US history.

“No, I’d say you’re more likely to scream,” he responds.

Whether he really was is almost irrelevant. It’s her goal to convince the American people of that—not only in the immediate aftermath of his death but half a century later, too. And in the end, she succeeds. Making a president who didn’t even serve a full term a figure that we still remember and hold in collective respect and awe as a nation.

When I revisited the film, it was out of a desperate attempt to feel. To grieve. I’d spent the week in various hospitals surrounded by relatives. We were saying goodbye to a family member, as much as no one wanted to admit it. They told each other and him that it was going to be okay, but it really wasn’t. He was dying, and suddenly. We all knew it, and the doctors—as gentle as they could be—confirmed it. Everyone was crying, telling him how much they loved him. But I couldn’t. I found myself cracking jokes and checking my phone, unable to take things seriously. Instead of holding his hand as my siblings and mother did, I didn’t even want to be in the room when he was awake.

I wanted to feel the sadness that they did, but I couldn’t seem to. And that just made me feel guilty. Why couldn’t I mourn for him? Why wasn’t I more upset? My inability to “properly” react particularly bothered me when I consider how often I cry—sob even—watching films about grief and loss. How are fictional characters more important than the very real people in my life?

So, what did I do but turn to a film to sort out my feelings? And it strangely worked. This time around, Jackie was a cathartic and intimate experience. No longer did it appear as a film about American history, politics, and legacy. Jackie Kennedy wasn’t this enigmatic famed figure for me anymore. Instead, it was solely a film about loss; a raw, throbbing depiction of grief told through the story of one woman losing her husband, not about the American people losing their president. I found the emotions in myself that I’d been searching for this whole time. I was crying at the film and Jackie’s pain, yes, but I was also crying at what was happening in my family, finally. Accepting it in a new way by seeing grief play out in others.

The film captures something so specific about grief that no one really wants to talk about: how incredibly awful and complicated it is to mourn someone you’re angry at. Someone who mistreated you in one way or another. At times like this, everyone—including yourself—expects you just to simply be mournful, and it feels like all of the sins and wrongdoings of a person just disappear when they pass. But they don’t. Not really. They mean less, but they still matter as much as one wishes they didn’t, as do Jack’s indiscretions. When a priest advises Jackie to only look back on the good moments between her and her recently murdered husband, she tells him that it’s impossible: “I can’t—they’re mixed up in all the others.”

My relative, using a machine to keep him breathing at the time, was a part of my life since I was a baby. It wasn’t as though we were strangers. My siblings and I visited him—and he us—regularly. But I could never connect with him. And I blame myself for that, but I also blame him. He was never really interested in me beyond what felt like a superficial level.

And as I got older, it got worse. He didn’t seem to care about my career goals or travels or hopes, and if I’m being honest, I never really bothered to ask about his either. I stopped calling him and he didn’t bother calling me. I knew he was strictly conservative and would never approve of my sexuality, so I didn’t give him the chance to. I felt that he’d had the opportunity to get to know me and passed on it. And then, when I learned shortly before his death that he lied by omission about a very major part of our family’s history, I was angry with him. I still am, having never had the chance to confront him about it, but I can’t fully resent or dismiss for it. In the same way, even after telling the priest about how he’d broken their marital vows, Jack is still Jackie’s husband and her children’s father. “I picture him on that rocking chair in his office, Caroline and John at his feet. How could I hate him?”

And it feels so ugly to type all this out and attempt to publish it, or to admit it to myself even. I feel like an awful, ungrateful person. But that was our relationship. And it doesn’t mean that he was a bad person, or that I am—but if I’m being honest, there’s bitterness and anger there. Although, of course, there’s love and gratitude, too. Truly. But it’s impossible to feel only that. And Jackie allows me to feel this way.

Writer Noah Oppenheim gets how complicated it is to lose someone in your life who wasn’t perfect. And that as a result, your grief and feelings will be imperfect. Jackie is not just sad, she’s angry: at herself, God, and him. She rages at others, makes ridiculous demands in regards to the funeral, smokes, drinks, and wishes for death, and—importantly—the film doesn’t judge her for any of this. No one who watches Jackie can doubt her love for Jack and her devastation at his loss. Recalling the shooting and his death, she remarks how “beautiful” his head and eyes were and the “most wonderful expression” on his face. But there’s also frustration and anger at the way he treated her and his infidelity, which convolutes her grief in a way that she can’t really express to anyone—especially the public, whom she creates a “fairytale” version of events for.

I sometimes worry that film is possibly numbing me to real-life experiences, but after re-visiting this movie, I was suddenly grateful for how films can help you make sense of, and truly feel, big moments in your life, good and bad. Three days after watching the film, when my mother called me at work to tell me that he’d made the decision to be taken off life support, I came to his room and cried with everyone else and squeezed his hand and told him that I loved him. I don’t know if I’d have been able to do that without Jackie.