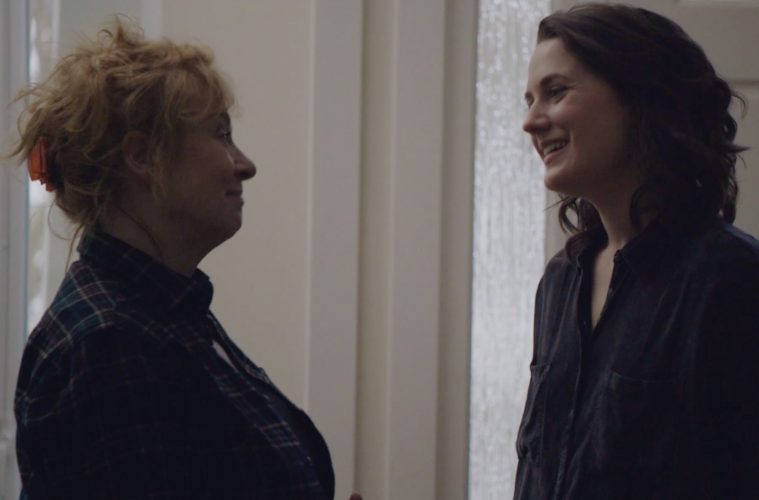 I Turned My Relationship with My Mom into A Web Series

The friend zone: a term used in dating culture to describe a less-than-ideal situation where one party is open to an intimate relationship and the other activates the zone to keep things platonic.

It’s a frequent occurrence in millennial dating culture, something that has shapeshifted globally as online dating and the internet have become the go-to sources for finding relationships. I believe the term was brought to its cultural height in an episode of Friends, when Joey declares Ross the mayor of Rachel’s friend zone. The term has remained relevant to this day and I have been both a user and resident of it. But millennials are expanding its meaning to include relationships in a non-romantic context. Some millennials use the term “friend zone” to refer to the close relationships they have with their folks.

We’re a generation with a bad rap for entitlement, privilege, and narcissism. There are arguments for and against this view, but one of the reasons we’ve been labelled as such is that, generally speaking, children of the 1980s and 1990s became the primary focus of family life as people began having families because they wanted them, and not for a lack of birth control or to fulfill cultural expectations. As a result, the nature and quality of our relationships with our folks is adapting and evolving as we enter “extended adolescence” (a twenty-something period) and eventually become adults. As we grow up, kids are living at home longer and considering their parents as friends.

I’m a millennial who counts my parents among my friends. My mom was actually the person who hounded me to try online dating after a particularly epic breakup.

Most people have at least one big break-up in their twenties, hopefully. And I say “hopefully” because even though break-ups totally blow, it’s better to have loved and lost than to have never loved at all. (A sentiment often attributed to Shakespeare, but it was actually Tennyson who first said it. How do I know this? Because I’m an actor.)

When my break-up hit, I moved home to be with my mom to get my feet under me. While the emotional pain I was going through sucked as I pined for and mourned the loss of my boyfriend, the time spent at home was a beautiful chapter between my mom and me. She kept handing me words of wisdom about break-ups and life, and being a bit of a wordy girl (hence the Tennyson quote), I began writing them down.

Meanwhile, I was easing my way back into the dating scene, swiping left and right. I tried not to be that girl crying into my drink, despairing about all the ways my date across the table paled in comparison to my ex. Then, late one night – the witching hour when those resiliency reserves are running real low – I found my ex’s profile on OKCupid. In anguish and anger, I marched into my mom’s room and wordlessly handed her my iPad. She put down her book and took a minute to process the information.

“Asshole,” she finally said. And that’s when I started to cry, and cry and cry, and because she’s a good mom, she let me. But then she said something that was the beginning of a turning point for me: “Rachel, this is just an ego storm. He doesn’t want you. You deal with rejection all the time in your work [as an actor]. It’s like a part you didn’t get. It’s just rejection.”

Although it sounds dismissive and harsh, she said it with the utmost practicality and love. The next morning, I awoke expecting the light of day to make the pain of the night before seem less intense. But it didn’t. It still felt shitty. In a desperate attempt to process my feelings, I started to write. And what I ended up writing was a web series about my mom and me called, well, Mom & Me.

The first season opens with the daughter (me) crying on her mom’s bed over a break-up, and the mom suggesting that she try online dating. The daughter only agrees to if her mom does as well, and so our story begins with an artistic liberty I took because my mom has never gone online. (I dream, but nevertheless, the lady resists.) The series is centred on this no-holds-barred mother-daughter duo. It’s a curated narrative of things I’ve hacked from my life, like when my mom thought Tinder was called “Tender,” or how she’s the first to let me know that it’s time to deal with my moustache.

One episode contains this verbatim conversational tidbit when I was complaining about missing sex:

Very quickly, my problems were put into perspective.

Mom & Me was accepted into web festivals in Vancouver and New York, and was nominated for outstanding writing at this year’s LA Web Fest, where we also took home awards for best ensemble cast and original theme song. Both seasons are available online, the second one picking up where the first left off.

I’m now two years post break-up. When I creep my ex’s Instagram, I no longer burst into tears or feel jealous, but instead harbour a wistful nostalgia for a lost friend. I consider myself lucky to have a cool, wonderful mom who welcomed me home, gave me tough love when it was needed, and was the inspiration for a project I’m proud of. The highest compliment I received from a friend who watched Mom & Me was that she didn’t have a relationship with her mom like the series depicts, and she wishes she had because every girl should get to have that.

I now live in Toronto and a five-hour plane ride separates my mom and me. We endure long stretches without being able to see each other, but we’re very connected and talk all the time. At the end of her last visit, as we hugged before she got on the plane, we both welled up. I imagine she was emotional because it would be a while before we would get to see each other again and I know that she misses me. I cried as I thought about how lucky we were to have each other, and because there will come a day when she is no longer around.

With the release of the second season, I’m able to reflect upon the time that has passed since I started writing about my mom and me. Those punitive voices in my head that label it a narcissistic romp are quieted by the ones that defend it as a digital love letter to my mom… and friend.