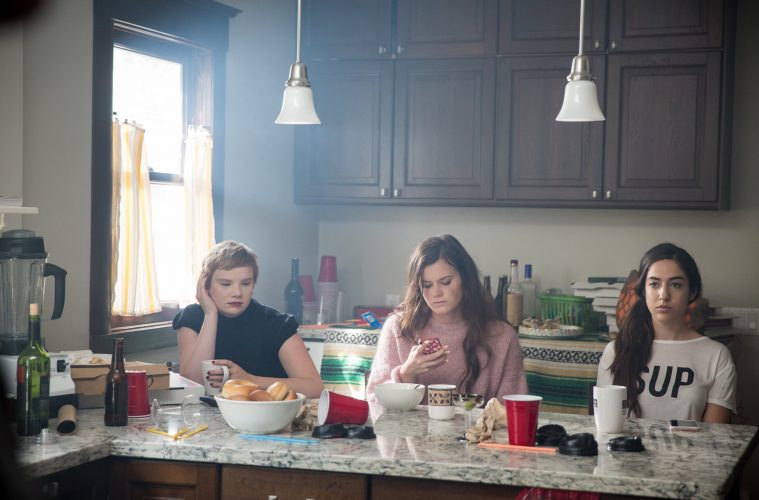 Review: ‘Or Die Trying’ is an Honest Portrayal of the Millennial Experience

The web series is a largely untapped resource for film entertainment and creativity. Web series have given present-day independent filmmakers the opportunity to create low-budget, episodic shorts with the sort of creative freedom and flexibility that help filmmakers experiment, hone their craft, and develop as artists.

I have personally never been really into web series, but when Or Die Trying came across my (theoretical) desk, I was intrigued. A web series about women in film created by women in film? How could I not watch that? Putting my reservations about the web series format aside, I gave it a watch. While the series is not entirely what I expected, it provides a genuine look into the lives of millennial women in an urban setting… but perhaps less so the lives of women in film.

The series follows four women with different aspirations and problems: Bailey (Chelsea London Lloyd) wants to be a famous comedian but her mother does not approve, Amelia (Jenny Austin) breaks up with her fiancé and tries to get her journalism career back on track, Ellie (Sarah Hawkins) would rather be broke than book an acting gig she’s not emotionally invested in, and Raegan (Myah Hollis) is an unhinged scriptwriter who manages to keep a boyfriend who she’s low-key terrible to. The series begins as Amelia finds out that her fiancé is cheating on her, and from here we see how their lives unfold.

The development of the characters as a collective in the series is compelling and positive. The women are all different, but they support each other and have admirable chemistry when in each other’s company. While the dialogue can be choppy, there are moments that are so real, it is as if they were taken straight out of my sophomore year of college. (Which may or may not be a good thing, depending on what you’re into.)

Individually, however, the acting is average. Bailey is supposed to be the funniest one in the group, but her delivery frequently falls short and her lines are often said too quickly for the audience to pick up. Amelia’s neurotic tendencies are often brought down by the reserved demeanor of Myah Hollis’s Raegan, whose low energy delays and compromises the pacing of a lot of scenes. Despite being unimpressed with the acting, however, I found that the series’ familial relationships were very true to the millennial experience. From parents who don’t support their daughters’ aspirations, to brothers who show up unexpectedly with weed and tacos, the show does a great job of establishing how each character’s family shapes who they are.

While the series has its empowering moments, there is one thing that I could not get past: the fact that the show doesn’t delve into what it actually means to be a woman in film. I was excited to see what it was going to say about the misogyny and systemic issues that women face in the industry, but unfortunately, this aspect is largely missing. The show doesn’t provide any scenes of the girls working, aside from one in which Bailey is hit on and mistaken for a waitress at the comedy club where she works. The character that has the most compelling career storyline is Ellie, who is conflicted about making money and settling for gigs she isn’t passionate about. This plot point, however, only speaks to those who are privileged enough to be able to select roles, something that is very rare in the entertainment industry. All in all, the show’s relationship to film and the industry takes a backseat to the personal lives of the characters.

The production behind Or Die Trying is an admirable feat in itself. Shooting for the first season only took five days on a budget of fifteen thousand dollars, and 85% of the cast and crew was made up of women. This speaks to how dedicated creators Myah Hollis and Sarah Hawkins were to reinforcing the support and unity of women in the film industry. The plot falls a bit short in illustrating this, but the series redeems itself with its honest portrayal of young women making their way in the world. Plus, it’s made me more interested in web series as a viable entertainment format, which is also kind of a win. Or Die Trying falls between the emotional exhibition of Girls and the complexity of navigating a career in entertainment of The Bold Type, but the show gets points for aiming to be as genuine as possible.