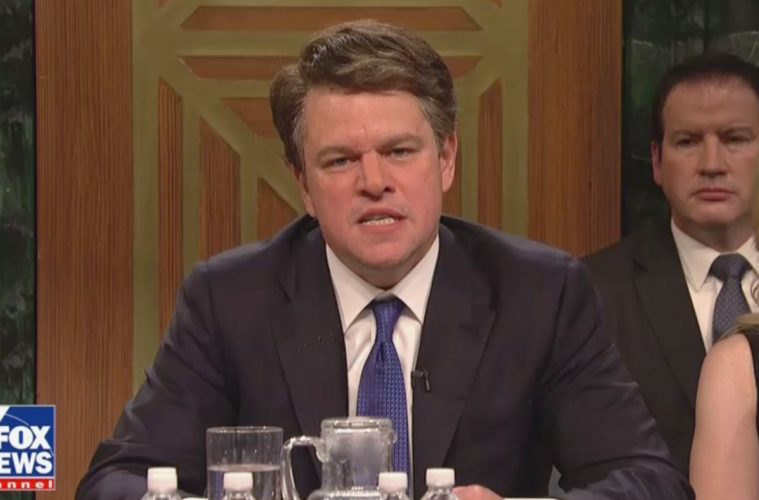 What Role Can Satire Play in Our Political Climate?

It’s safe to say that the last three years in politics have been a whirlwind. There have been moments of triumph and joy, like the US midterm elections where more women than ever were elected to Congress. These moments have been matched by ones of despair and heartbreak — honestly, too many to even count. We’ve had some really high highs, like the upswing of political engagement and young people like Emma Gonzalez and David Hogg making themselves heard. And there have been some very low lows — most recently, the appointment of Judge Brett Kavanaugh to the Supreme Court, Trump and right-wing media’s framing of the caravan of immigrants coming from Mexico, and the White House’s shocking defiance of the First Amendment when they revoked journalist Jim Acosta’s press pass.

In this political climate, we all have a role that we play. For some, it is to hide away and pretend it’s not happening. For others, it is to write about it in the news. Some prefer to get their feelings out by attending rallies or making donations. And finally, some make jokes about it on national television.

Politically-charged satire shows have become as common in our mediascape as politicians and journalists themselves. Shows like The Daily Show with Trevor Noah, Last Week Tonight with John Oliver, and The Colbert Report are all more popular than ever – which makes sense because, in the US, there is probably more to talk about now than ever before. But the real question is: do political satire shows help or hurt the already-tense political climate we currently live in? There are fair and compelling arguments that can be made on both sides.

First, let’s lay out the arguments that political satire shows do help the political climate. The main reason is because of one very basic principle: why not laugh instead of cry? There is a good chance that you are going to hear about something truly devastating on the news at any given time, so why not just laugh and get some joy out of the situation? These hosts are great at making people laugh at painful events, which is why so many people are tuning in.

Another is that they are making an actual quantitative difference in the world of politics. Not all political satire shows do this, but Last Week Tonight with John Oliver is a great example. In his shows, he spends about 15 minutes thoroughly describing important issues with lots of jokes sprinkled in, but then ends the show with a big, humorous response to the people who are perpetrating these issues.

One example hops (excuse the pun) to mind – on one of his episodes, Oliver spends the show talking about Mike Pence; explaining his political background and issues that he stands for. Oliver mentions that Pence has long supported and funded anti-LGBTQ efforts, including conversion therapy. It so happens, or perhaps was planned, that Oliver’s episode about Mike Pence came out on the eve of the Pences releasing a children’s book about their family bunny, Marlon Bundo. Pence’s book was called Marlon Bundo’s Day in the Life of the Vice President. Right as Pence was releasing his book, Oliver announced at the end of the show that he was going to be releasing his own Marlon Bundo book, called A Day in the Life of Marlon Bundo. In Oliver’s book, Marlon Bundo meets another boy bunny named Wesley and they fall in love. Pence, in the form a stink bug, tells them that “boy bunnies can’t marry boy bunnies.” I won’t give away the ending of this adorable book, but suffice it to say that Marlon Bundo and Wesley end up together.

The most important thing about this book, other than the fact that it means a cute, LGBTQ-friendly children’s book exists? All the proceeds from it went to the Trevor Project and AIDS United. This shows political satire making an actual difference by attracting funding and awareness for important issues.

Another positive is being able to reach an audience that might not be following traditional news. Hasan Minhaj’s new Netflix show, The Patriot Act, is a perfect example of that. The show recently premiered and comes out on a week-by-week basis. In each episode, Minhaj discusses one issue in the format of a stand-up comedy show.

At the time of writing this, topics so far have included “Affirmative Action,” “Oil,” “Amazon,” “Saudi Arabia,” and “Supreme.” The show is geared towards millennials in a multitude of ways. The first is by the very fact that it’s streaming on Netflix instead of playing on a major network. The second is that the references Minhaj makes — including Post Malone, Air Jordans, and “Forgot About Dre” by Eminem — are very much ingrained in millennial culture.

Minhaj tackles topics with a focus on the bigger picture, which differs from other political commentary shows, since they usually focus week by week on the issues that have come up in the news. Minhaj’s show actually provides very valuable information — I have a Political Studies degree and work in the media, yet I learn so much from Minaj about the topics he is discussing — but his show isn’t him simply making jokes about an issue. He’s informing people of big issues in the political climate, and doing it with charm and wit.

Now, onto the other side of the argument. There is a lot to be said about political satire commentary shows making a negative impact. The biggest point on this side is that these comments can take away from the seriousness of an issue or downplay it.

A great example of this is the now-infamous visit that Donald Trump made to The Tonight Show with Jimmy Fallon during his campaign. Fallon got lots of flack for goofing around with the then-Presidential candidate and making jokes about his hair, instead of pressing him about his platform. An argument that could be made is that questioning a presidential candidate wasn’t part of Fallon’s job description — but at the end of the day, what Fallon did was humanize Trump without pointing to his problematic platform.

This same downplaying of facts can be seen during the late-night, political-satire show coverage of the Brett Kavanaugh hearings. Kavanaugh and Dr. Ford’s testimonies were emotionally grueling and the outcome was devastating, especially for victims of sexual assault. The political satire shows, like they always do, took time to comment on the hearings and to make jokes. One big one was mocking how often Kavanaugh said the word “beer” during his testimony. Yes, it was getting comical how often he mentioned his love for beer or his hangouts with “Squee.” But making a comedy show out of this hearing takes away from the seriousness of the issue and what it means for the country.

Saturday Night Live’s skit on the subject was almost a condensed retelling of the actual hearings, and other late-night shows jumped on the bandwagon of mocking Kavanaugh. And I won’t lie, these skits were funny. But while I understand the extreme importance of being able to laugh in tough times, there are times that we should be reflective instead of trying to redirect the focus to humor. After the Kavanaugh hearings, I was feeling down for about a week — and that’s okay. As much as it is important to laugh, it is also important to reflect.

While the jokes about Kavanaugh might have been funny and accurate, we also need a little bit of time to process the fact that a man who had very substantial sexual assault allegations against him will be influencing laws about birth control, abortion, LGBTQ rights, and immigration going forward. And feeling sad and angry about someone like that getting a lifetime appointment to the US Supreme Court is okay and normal.

So maybe, at the end of the day, the answer is more about which shows you choose to watch. Some shows, like Last Week Tonight and The Patriot Act, are helping different people gain an important understanding of the world we live in, while others like The Tonight Show with Jimmy Fallon or Saturday Night Live are only distracting us from issues that will affect us negatively in the future.

Anger and upset can lead to change – the people organizing the Women’s March or the March for Our Lives or the airport protests after the Muslim Ban were angry. And that anger was allowing them to demand and fight for real change. So, next time you are trying to decide what to watch, switch on a political commentary show that is going to deepen your understanding of the world around you.