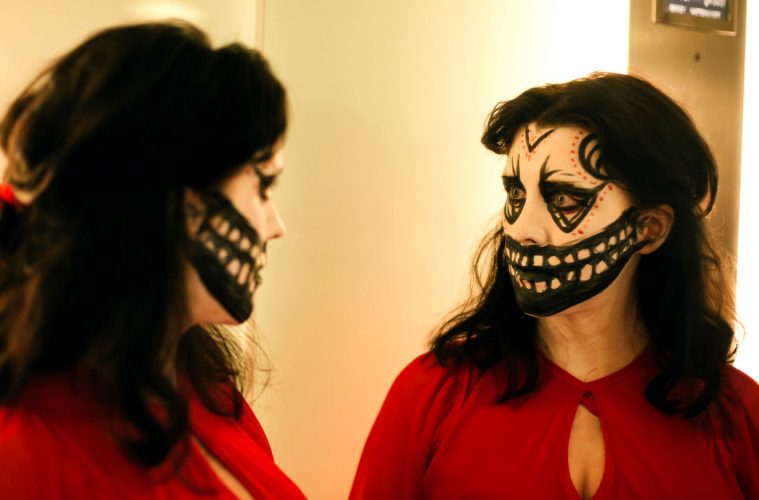 ‘Prevenge’ Explores How We Anticipate (and Dread) New Beginnings

As a narrative device across genres, pregnancy is either depicted as a joyful progression in one’s life, or a roadblock that interferes with a) one’s plans for the future b) one’s current identity or c) both.

The benefits of pregnancy (as suggested by Western media) include the chance to create life, become a morally better person, and of course, pregnancy glow. The downsides include the grotesque effects it has on the body and the perceived death of one’s independence and/or sexual prowess.

Today, it has been refreshing to see shows and movies that go beyond these assumptions, especially in reclaiming how pregnancy impacts the identity of a woman. Rather than the situation becoming, “I’m going to be a mother, goodbye past life”, there has been a push to explore motherhood as another aspect of a character’s identity, rather than having it eclipse who they had been up until that point.

For Alice Lowe, the writer, director, and star of Prevenge (2016), finding out she was pregnant almost jeopardized another beginning: the chance to finally direct her first feature-length film. Lowe, known for appearing in films like Hot Fuzz (2007) and Sightseers (2012), had also co-written and appeared in the short films Stiffy (2005) and Sticks and Balls (2007). When her chance to finally direct a feature coincided with her pregnancy, Lowe didn’t believe she could do both. In an interview with IndieWire, she explained that she “was kind of giving up the idea of directing, because I just saw that you don’t get female directors with tiny babies making films. I kind of thought, ‘Well that’s it.’”

In an era where social media invites us to simultaneously enjoy and critique our media, the way pregnancy is depicted in fiction or observed in real life comes with a performative element. The media highlights women who are pregnant in the “right” way (i.e. radiant pregnancy glow, chic maternity wear, altruism), or the “wrong” way (i.e. too much pregnancy weight, dressing sexy, being selfish). Many women embrace or reject pregnancy based on these ideas that are continually enforced.

Alice Lowe’s fears and frustrations surrounding her pregnancy didn’t only come from the way her body would change or how others viewed her. What she truly dreaded was what it meant for her work. She initially turned down opportunities to direct until she realized that she could create a story around her pregnancy, rather than allowing it to hinder her film career. By integrating her own real-life pregnancy into her first feature, Lowe took a beginning she had been both anticipating and dreading, and created an original film that allowed her to examine her own expectations of what pregnancy meant to herself and to her audience.

Prevenge is about Ruth, a woman in her third trimester who has recently lost her boyfriend in a climbing accident. His death was the result of a utilitarian decision: had his climbing group not cut him down, eight people would have died instead of one. The pregnancy that once represented a fresh start in Ruth’s life has become something to dread. With no boyfriend, she will be stuck raising this baby alone and dealing with the expectations people have about her body and her autonomy. To complicate matters further, she begins hearing her fetus urge her to avenge its father by killing the people who refused to save him. Spurred by this voice, and some inadvertently dark double entendres from her midwife (“Baby knows what to do, baby will tell you what to do”), Ruth embarks on a killing spree at the behest of her unborn child.

One of her earliest and most memorable kills (spoiler alert: balls are cut off) involves a character named DJ Dan at a local club. In order to get DJ Dan alone, Ruth attempts to seduce him in the hopes that he will bring her home with him. DJ Dan immediately starts commenting on Ruth’s body, not knowing that she’s pregnant, and tells her he likes “fat birds” because they “don’t mind what people do to them”. At Dan’s apartment, Ruth tries to buy herself time before he tries sleeping with her.

“You’re very selfish, aren’t you?” Ruth asks him. Before he can respond, they are interrupted by his dementia-ridden mother, with whom he lives. Dan rudely sends her off to bed while Ruth watches with growing unease. Her fetus points out that people like Dan are what’s wrong with society. Dan’s character, in addition to how he treats Ruth and his mother, personifies Ruth’s fear that pregnancy will change how people view her. As a woman, being reduced to her body is problematic enough. Having a child she is tied to – especially one who is anything like Dan – is even worse, given all that Ruth believes she has given up to have it.

Over the course of Prevenge, other victims express their own views about motherhood and children that feed further into Ruth’s anxieties about herself. It takes giving birth to her daughter – a normal infant and not the malevolent fetus she believed was inside her – for Ruth to realize that she had actually been acting on the dread she felt for this new beginning, rather than to avenge the ending that preceded it.

Prevenge does not depict the role of motherhood itself, instead portraying the fears Lowe has of becoming a mother because of external pressure and expectations. Aside from writing Prevenge as a form of catharsis amid her own anxieties, Alice Lowe told The Guardian that she wanted “to test people’s boundaries in terms of what they’ll empathize with”.

While the film’s plotline focuses largely on pregnancy, it more generally addresses the fears and pressures of starting a new journey. In the same interview, Lowe explained, “The biggest compliment to me would be for a 15-year-old boy or a 75-year-old man to say, ‘I really cared about this female character, I felt like it was me.’ If people can identify with a cartoon fish, I think they can identify with a woman.” And that’s a beginning I think we can all look forward to.