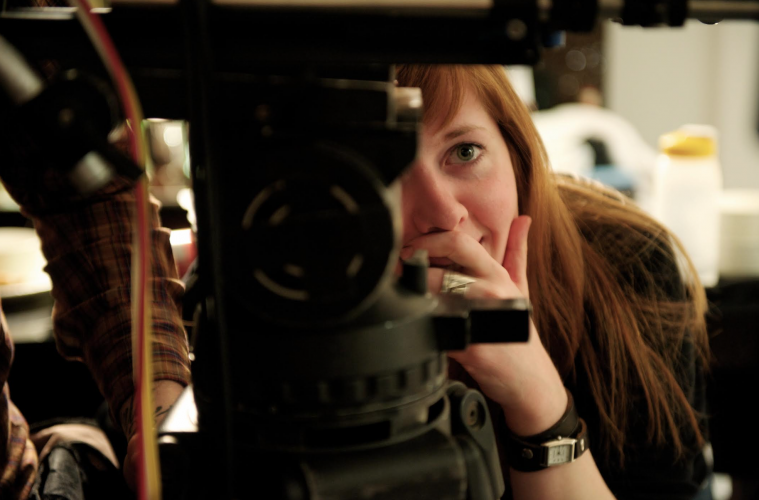 I was once told that the best way to make your dreams a reality is to find someone doing what you want to be doing and to grab a coffee with them. This reminds you that your goal is possible, while also giving you the chance to learn from this person. In honour of this sentiment, I sat down with Katrina Beatty, a Canadian filmmaker invested in growing and nurturing the Edmonton film scene. Beatty is currently the Director of Production at FAVA (Film and Video Arts Society of Alberta).

A film producer, director, writer, and overall talented human being, Beatty has been interested in film since childhood when she used to shoot her own Céline Dion music videos on her grandfather’s 88mm camera. Since then, she has produced million-dollar budget films, directed shorts, produced music videos, and organized awards events. What she thinks to be her greatest achievement, however, may surprise you.

RH: What is your greatest achievement?

KB: I define “achievement” a little bit differently than most people, so traditionally answers may be the movie I made with the biggest budget, or the movie I made that screened at the most festivals or good places, but for me, I very much believe that the journey of making the movie should be as good as the actually finished product.

For me, it’s not about potentially exploiting to get a product that forwards [my career]. If we’re not enjoying what we are doing while we are doing it, then I think we are doing something wrong. So I would categorize my greatest achievements as the sets I have put together that have been the most collaborative, the most just wonderful working environments. Especially as a producer, that is a very key part of the job that gets left behind very often when things go wrong and get stressful, and the first people to take the brunt of that become your crew [that’s] working for you.

I recently produced a music video for the band Whitehorse. The song was called “Boys Like You”. We were able to structure the schedule in a way that allowed everybody to do the best work they could do, so we were able to give everyone a proper prep day, to get to know the space, and to make sure they had what they needed. And if they didn’t have what they needed, we made the budget work to get them what they needed. And we were able to pull off a very successful video, where the band and label like it, so that was a success based on: we were hired to do a job and the product was well received. But for me, the biggest success of it was really that I felt like everybody enjoyed the process and everyone walked away going “That was an absolute pleasure – let’s do it again!”

What was your biggest mistake?

My overarching potential mistake… I don’t know if it is a mistake because I always learn something, but I have a hard time focusing on developing myself as a creator and a director. So I taught myself how to produce so I could support my own creative projects and I have found myself supporting others’ creative careers before my own.

Like calling that a mistake is harsh – I don’t regret it – but I recognize there has been a misbalance of my energy spent. Because ultimately, as a director you only get better by directing more, so if I am too busy supporting other people in their directing, they are learning and they are growing as a creative, but I am not in that way. In other ways I am, which [is] 100% valuable in making movies, but I am bad at recognizing that I deserve to support my own directing career.

How is that fear different when producing compared to directing?

I guess with directing, you get all the credit but you get to eat all the shit too. The only people in the world who are going to blame a producer for a bad movie are the people on set who know what that producer was supposed to be doing. The credit of the film goes to the director, as do all the mistakes essentially, so you have to own all the failures. But that doesn’t scare me… I can own failures. I guess what scares me is: directing is an emotional, vulnerable place to be. I have to connect with the content where I feel I am putting my emotions on screen, so it feels very vulnerable to put yourself out there in that way. And to not have it come back and be well received, and ultimately speaking, the world is so subjective that you should be happy if anyone likes your movie, but that doesn’t seem good enough when you’re like, “Here I bared my soul.”

What is your advice for emerging or aspiring female filmmakers?

What is your advice for any emerging or aspiring filmmaker?

For any filmmaker, [my advice] is to just be making stuff. Get out there and make as much stuff as you can. You’re gonna learn far more from your failures than from your success, so don’t be afraid to fail. Even though this is an industry where people want to judge you based on the product, you’re gonna fail, so just be ready for it. Just pick yourself up and keep making movies. The more movies you make, the less a failure is going to matter in the grand scheme, so don’t let one film define you. Make as many as you possibly can.