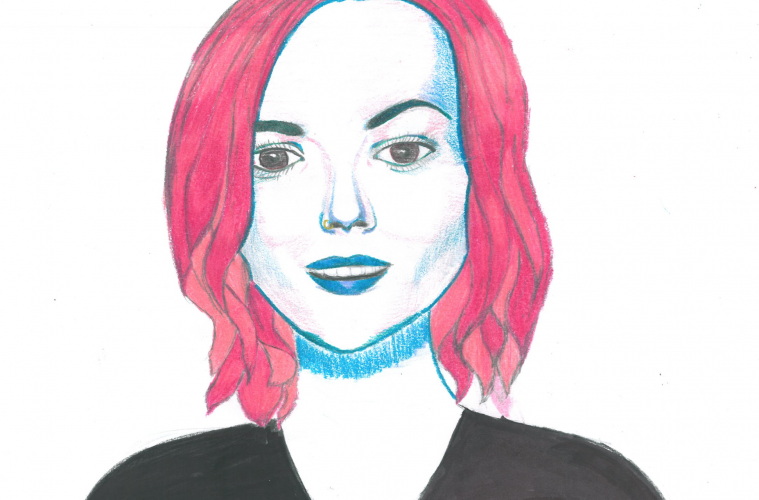 On Origin Stories and the “Confidence Gap”

Everyone has their origin story, and in film school, you hear a lot of them. Some people are lawyers-turned-filmmakers, while others served their time at talent agencies and lived long enough to tell the tale. Regardless of where your career takes you, one thing has been made abundantly clear. It doesn’t matter where you start. It doesn’t. Everyone has to start somewhere. What’s more important is how you handle the opportunities in front of you. It sounds cheesy, I know.

Let me rewind a second to catch you up on my story. Before I knew I wanted to pursue a career in the film industry, I was heavily involved in my school’s theatre department. It became my entire life. But as much as I loved acting, the life of a struggling thespian didn’t sound all too appealing. Then, an article came along discussing the gender gap in Hollywood and, instantly, I knew I wanted to be one of the women behind the scenes. Telling stories is what got me excited. If I could do that and be part of a movement for gender equality, what more could I ask for?

From my vague understanding at the time of what went into making a film, the obvious path for me seemed to be producing. Cool! Now I had a plan. There was only one great film school in my home state of Texas: UT Austin. Despite what felt like an easy next step, my application was denied, so Austin would have to wait. But sometimes, amazing things are hidden in rejection.

Fast forward through a crazy freshman year, in which I worked 30-40 hours a week while taking a full course load online. It was a year full of learning, so my second application to UT Austin included an essay on how grateful I was for that initial rejection. Ultimately, it helped me to better appreciate the college experience when I eventually got there.

College was great. No, it was amazing. (Can I go back?) It was there that I was introduced to this overwhelming, shiny new world of film. My classes were filled with students who were practically born with a camera in their hands. Despite my lack of cinematic prowess, I carried on. I decided that producing would be my path. It combined creative problem-solving with organizational skills. Plus, producers are the bosses on set. Everything about it drew me in.

Looking back on my time spent in school, I didn’t produce as many things as I “should” have, but I loved the things I did work on. During my busiest semester at UT Austin, my weeks consisted of 18 hours of school, 18 hours at an internship, and 18 hours at my part-time job. This workload was the only way to ensure I’d have enough free time for internships during my final semester, which I intended to spend in Los Angeles. Before I knew it, I was in Hollywood.

That first month, I worked two (unpaid) development internships. The first production company was smaller and owned by a popular comedic actor, whose name I wouldn’t have recognized before starting there. The second company produced around fifteen films a year, most of which I loved, and I considered this my “dream internship”.

Well, things don’t always go as planned. As it turns out, the former was a better learning experience due to its intimate nature and some badass women who worked there. I have nothing but amazing things to say. The second company was larger, so it often felt like I was competing for attention against the other ten interns. I still have lots of respect for the company, but I tend to excel in smaller settings.

During times of struggle, opportunities have a way of presenting themselves. An alumnus from my university reached out looking for a post-production intern. It was a paid opportunity (which was nice) and at a smaller company. Since my “dream internship” didn’t feel like a good fit, I thought to myself, “Editing may not be your end goal, but you know how to do it. Why not see if you can take something away from this?”

Lean In for Graduates by Sheryl Sandberg helped guide me towards this internal monologue. Sandberg is currently the COO of Facebook, and the book is an extension of Lean In. It’s not the sort of book I would normally buy for myself to read, but it turned out to have useful advice and research for everyone – especially working women. In the first chapter, Sandberg writes about what she calls the “Leadership Ambition Gap”. According to a 2012 survey conducted by McKinsey & Company of more than four thousand employees at top companies, “36 percent of men wanted to reach the C-suite, compared to only 18 percent of the women”.

The Leadership Ambition Gap works in tandem with the “Confidence Gap”. In 2015, a study in the Journal of Personality and Social Psychology reported that in nearly all cultures, men have higher self-esteem than women. Let’s say there’s a job you’ve considered going after that requires some qualifications you don’t have. Sandberg mentions a report at Hewlett Packard that “revealed that women only apply for open jobs if they think they meet 100 percent of the criteria listed,” where “men apply if they think they meet 60 percent of the requirements.”

When the opening appeared for the post-production internship, I had already read these statistics. I had no desire to pursue editing professionally, but I sent in my resume and was subsequently called in for an interview. Was I nervous? Yes. I’m a person who knows how to edit, but I did not consider myself an “Editor”.

The nerves were for nothing. I met with these two awesome guys and quickly learned that the company was also doing in-house production. Maybe I could help on those shoots, too. I ended up quitting the “dream internship” and started this position in post-production the next week. The new company was a perfect fit. I did some basic editing and, when that was done, asked if there was anything else I could help with. I taught myself how to program a MIDI keyboard (a skill that previously would have never crossed my mind) and helped as the Production Assistant on those in-house shoots. I helped in any way I could, and my bosses responded by giving me tasks to complete.

At the end of my internship and after graduation, the company brought me on full-time as a Jr. Producer. Look at that. I went from a post-production intern to a voice on the Development team. Don’t block yourself off from potential opportunities. Don’t be afraid to step off the beaten path and to pave your own way. This is not an easy industry to work in, but you’re doing it for a reason. We can help bridge the “Confidence Gap” by believing in ourselves.