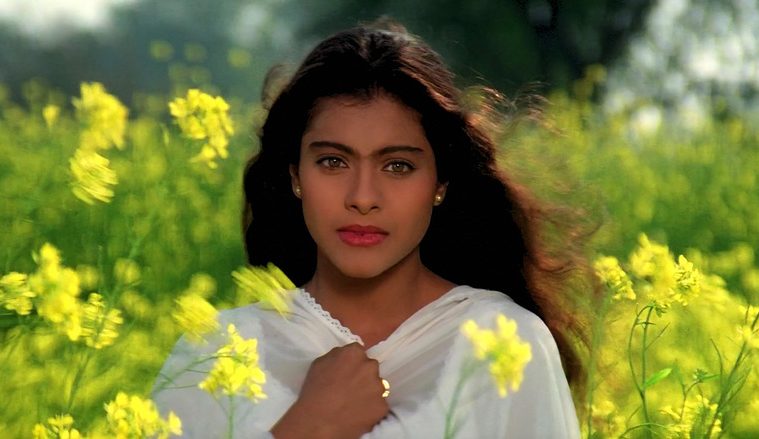 My Cinema Sings My Name: Why My Love of Film Started with Bollywood

I’m nine years old, sitting cross-legged next to my best friend, our knees touching. Between us, we are a collection of brown girl confusion – thick and unruly eyebrows, still unplucked. Arms with dark fuzz that we wear long sleeves to hide, even in the July heat, even when our foreheads grow sticky with grease. Mouths answering our mothers in English when they call for us in their lilting Urdu.

It’s just past sunset on a quiet day in the summer of 2005 and we are sitting close enough to the television to hear the static humming. The colours of Dilwale Dulhania Le Jayenge dance on the walls. We watch as Raj (played by Shah Rukh Khan) – with his boyishly unkempt hair, his widespread arms and his stuttering confessions of love – wistfully plucks a guitar. We watch as he falls deeper in love with Simran (played by Kajol), driving through unnamed and expansive European landscapes.

Next to me, Zinia stands bolt upright at the earliest sound of every sitar intro. Soon, her hands are twisting above her and her hips are swaying. I sing along in my own version of the language I know so well but so little – every word is laced with an English harshness. We watch every musical number with a religious attention.

But mostly, we watch Simran. We watch her thick, black eyebrows. The hair between them. The eyes beneath them. We watch her arms and their dark fuzz. We watch her in a traditional shalwar khameez – white shawl spread across her shoulders – but we also watch her in a dress, legs thick like ours, stomach that looks like our kind of soft. She is both our mothers and ourselves, bound by the love we dream of one day holding, sitting cross-legged in front of the television in summer.

The way I navigated pop culture as a girl, growing up brown in Toronto’s suburbs, was heavily influenced by the need to be liked – or, as I’d later realize, the need to appear less brown. When I’d have friends over, I’d hastily tuck away the piles of Bollywood DVDs and replace them with our sparse Disney collection. I wouldn’t be caught dead listening to the soundtrack of Kabhi Khushi Kabhi Gham in the same way I could recite Jesse McCartney’s greatest hits by heart.

Even when I came to admit that I’d seen my fair share of Bollywood, it was always with a casual wave of the hand, under the guise of a guilty pleasure. But my love affair with cinema – the love of colour, of storytelling, of the magic of saying more with less – began with Bollywood.

In Taal, Mansi (played by a young Aishwariya Rai) dances with her two friends in the heavy rainfall of a mountainside village. They are dressed entirely in white, their skirts billowing like ghosts around them as they twirl. Everywhere, the landscape is rich and emerald green. Mansi sings the same line again and again: taal se taal mila. Match your verse to mine.

In Kuch Kuch Hota Hai, another Shah Rukh Khan and Kajol classic, it is Rahul and Anjali’s first night together since college, since falling apart, since tragedy and distance. Anjali is a full evolution from her former self – from clumsy, gullible girl to a woman grappling with time. She is wrapped in a crimson sari, hair wet with rain. Rahul wears black from head to toe and for once, she is all he sees. In a shot that centralizes the gazebo they stand under for shelter, Aanjali is a spot of red in a plot of darkness.

In Ram-Leela – my all-time favourite adaptation of Romeo and Juliet – Leela (played by Deepika Padukone) first appears on screen at a holi festival, playfully running from her friends as they try to shower her in bright pink powder. She wears a wide, canary-yellow skirt that hangs behind her slightly as she runs. Everyone around her is coloured by the festival, either by a deep pink or an ocean blue. She is unmistakable against them. And then, suddenly, there is Ram, in white— the crowning jewel of the opposing family, pointing a gun at Leela’s pristine head. With a smirk on her face and the world still painted with powder around her, Leela draws her weapon and does the same. Here, a story of failed love begins with the threat of ending. 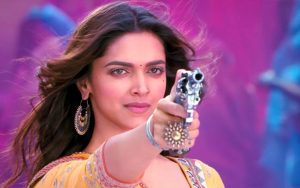 When people ask me for my favourite films, I still shy away from including a couple of three-hour Indian musicals. But Bollywood has been and is my way of compensating for Hollywood’s resistance to sharing my story and its intolerance for women that look like me. When I tire of the likes of Emma Stone, Bollywood – especially classic Bollywood, full of flutes and ballads – offers me a wealth of women who speak my language, who remind me of myself and my mother, and who sing of the land they come from just as much as they sing of the men who love them.

When I remember all of these films and each of these iconic scenes, I don’t just recall a casual, mindless flick. I remember real, good cinema. I remember rich colour and careful storytelling and filmmaking for filmmaking’s sake. But, most of all, I remember myself, sitting cross-legged with my best friend in the palm of summer, seeing myself in a movie. Seeing myself, except with love and dreams and a sweet singing voice. I remember myself falling in love with movies.