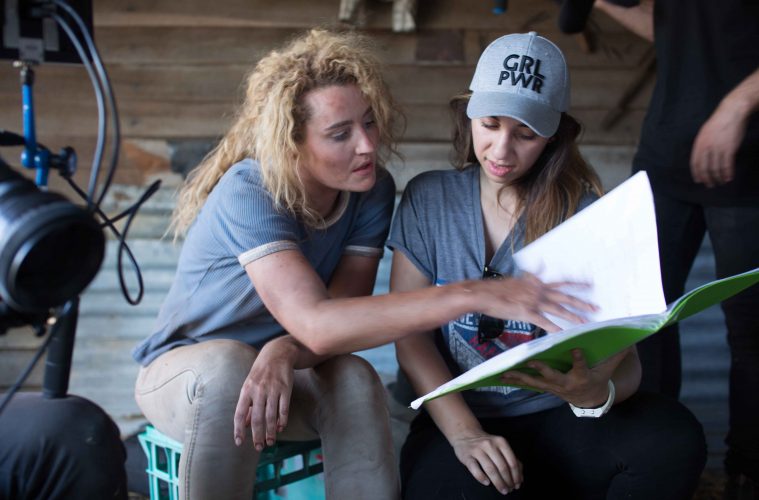 “The World is Ready for You”: An Interview with Cinema Thom’s Arielle Thomas

Cinema Thom, an Australian-based production company and creative studio, is only a month old and already making some major waves. The company was founded by actor-director-producer Arielle Thomas, and describes itself as “young and female driven”.

The company’s Meat and Potatoes (2016) came in second place at Tropfest, the largest short film festival in the world, and is now streaming exclusively on Red Bull TV. Pillars (2017), another project by Cinema Thom, recently opened the St Kilda Film Festival. And this is just the beginning. We reached out to Arielle Thomas back in May to talk movies, making media, and the importance of “staying in your magic”.

AT: I always come back to The Spectacular Now, a great James Ponsoldt film made a few years ago. It’s so honest, charming, and a heartwarming coming-of-age [story]. I got into film as an actor first and foremost. I pursued acting with the drive to create characters that made people feel less alone. I stand by that as a filmmaker. Before I could call it a passion, I was glued to the Sandlot kids. I was such a tomboy.

Our June issue is all about beginnings. Could you talk about how it all began for you? What led you to where you are today with running Cinema Thom?

Returning to Australia after drama school in NYC, I needed to make my own work to flex my acting muscles in-between auditions and gigs. I started a company called Patch Adams with a fellow actor, Nick Denton. We started with a play, then made a short called Rabbit. Then came shorts Airgirl and Pillars, which opened the St Kilda Film Festival to 3000 people last week! I started Thom as a side project to pursue more commercial work, and then it took off. It’s still running so fast; I’m trying to keep up with its demand. I am completely self-taught as a filmmaker, but it’s discipline and passion that has gotten Thom over the line.

On your website, Cinema Thom describes itself as “young and female driven”. Why was it important for you to start a female-driven production company?

I found there was a lack of confidence in the women around me and I wanted to create a formal invitation to collaborate. Once I put that out there, the emails started to pour in. I’m so proud to create an incubator of sorts too. We don’t exclusively work with women, but there is absolutely a 50% ratio on sets, we’re a female office, and we almost always have a ‘girl-gaze’. 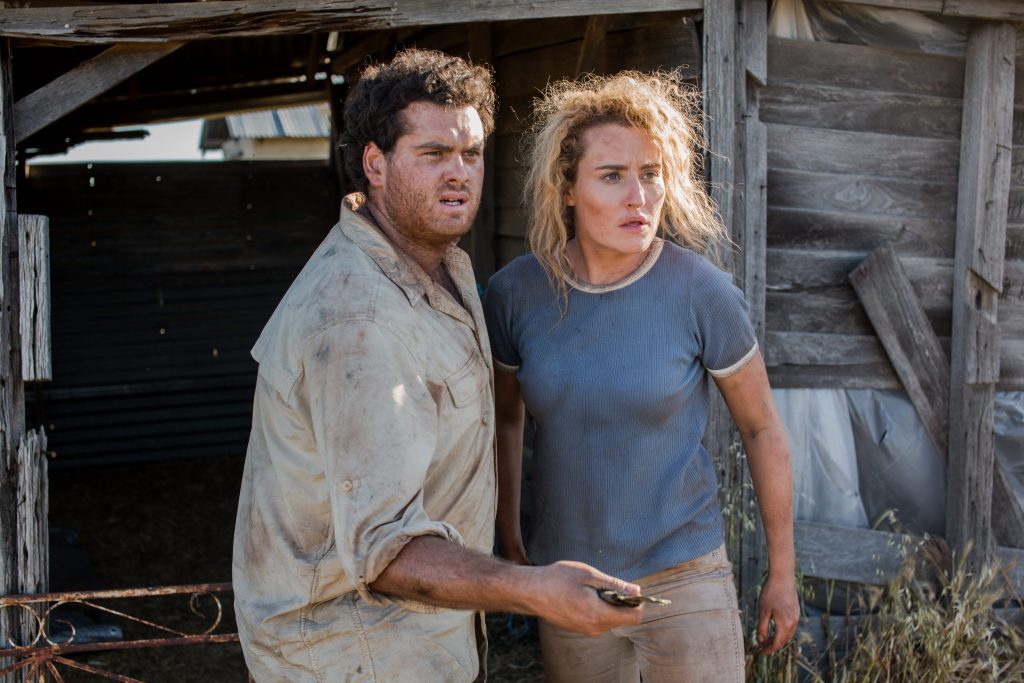 What were some of the challenges you faced in starting Cinema Thom?

I have a tendency to follow that entrepreneurial metaphor of jumping out of the plane and building the parachute on the way down. It was a risk but I’m an Aries and I believe in what I’m doing. You have self-doubt and then you pummel it and move on. There were no real challenges in the beginning; I have an amazing network of filmmakers to call on and to collaborate with. The support from family and friends was remarkable. The challenges for me started afterwards. You’ve started a company, you obviously have a huge responsibility to deliver not only to clients but to your freelancers, staff, and then yourself. It’s much different from the freelancer way of life, but I love it!

Cinema Thom is both a production company and a creative agency. You create advertisements, fashion photography and videography and more. What is it like working in the intersection between narrative films and other creative work? Is there anything you bring from film into your creative work and vice versa?

We strive for an overarching quality in both, and the benchmark is really high. I’m quite skewed in what I want to put out into the world some weeks because my head will be in TVC land, then my assistant will expose me to an edgy experimental fashion film and I’ll do a 180 in the opposite direction on the next project. There is a commercial flair to all the work we’re producing at the moment because our clients are asking for that. It’s slowly changing as I bring on more staff. Everyone has their own taste and skill sets [and] it’s exciting to see their take on things that I would have done differently once you delegate and give them ownership. We’re getting very good at heartwarming commercials and pitching because we’re constantly reading scripts [and] they can absolutely go hand in hand if you let them. It’s inspiring to be across it all [and] I don’t think I’d have one over the other because I’d get jealous of the other part of the industry. We’re very lucky we can do both.

What do you look for in creative collaborators, actors, and crew members?

The best part about running your own company: you can curate the company you keep. Talent is obviously important but people spend most of their time at work and it’s really important that our collaborators are kind and ambitious people. The company is growing daily. We focus on loyalty, flexibility, originality, transparency, and nothing beats a sense of humour.

What is your favourite part about making films? Do you have a favourite memory or story from set?

Every stage of production can be both stressful and wonderful. I love being on set the most. Our location shoots are so much fun. We get to accommodate our entire cast and crew in the most random places. Kicking back after a long day and talking to your crews about their non-film related life is great. I love getting to know everyone beyond their roles on set. People are so fascinating. Our brainstorming sessions are pretty incredible too. A particular member of our team, Amber, with a fresh cup of coffee in her hand, is a force of nature.

Beyond directing and producing, you have also starred in several of Cinema Thom’s films. What is it like working on both sides of the camera? Does your experience as an actress shape or enhance the way you approach making films?

Absolutely, it’s educated me in the way I speak to actors and crews to make sure we’re communicating properly. As an actress, I’m very conscious of how a good crew surrounding you can enhance your performance. I build my crews as a producer based on notes like that, and treat them accordingly as their director. It’s a luxury to direct yourself – you can do whatever you want!

Cinema Thom is officially launching this month, but it has already had some incredible successes in film festivals. What has it been like screening your films at these festivals?

Tropfest was unbelievable, the crowd’s response, the sponsorships and awards – it’s all been such a ride! Red Bull TV now streams Meat and Potatoes exclusively, and St Kilda wrapped up over the weekend. It’s an ongoing issue for short filmmakers to have their beautiful projects seen by the world [so] we’re really fortunate that people are seeing ours! We’re releasing Airgirl next week exclusively on Exile Shorts, a short film platform. That film had a very unique festival run and we’re excited for the world to see it.

What’s next for Cinema Thom?

We’re about six months old, and my core team, including myself, are 25-years-old, give or take a year. We’re needing to partner with more experienced production companies to step into the feature film and television space. There are grants and opportunities which are important, but we’re currently focused on relationship-building. We have two fashion films in production, two short films (also proof of concepts), a feature, and a television series we’re working on at the moment. Coffee is what’s next for Thom.

What advice would you have for a young woman hoping to make it in the film/television/acting/creative industries world?

Send handwritten thank you notes and don’t be late. Always trust your gut and keep your head down. Don’t make excuses. The world is ready for you – ready as they’ll ever be. Know what your strengths are, value yourself, and nurture your talent. I read this on Tumblr when I was fifteen and often repeat it: “Stay in your magic”.