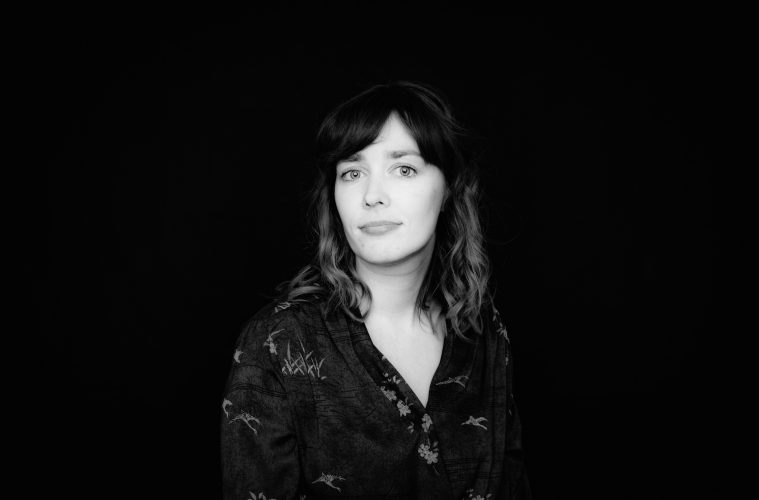 Québécois writer-director Sophie Goyette creates cinematic poetry. Her debut feature, Mes nuits feront écho (2016), gracefully confronts the unknown as three loosely connected main characters attempt to find meaning and understanding, from Montréal’s suburbs to the high-rises of Beijing. It is a slow film, but one that greatly rewards the patient viewer.

This week, Goyette is releasing a DVD that compiles Mes nuits feront écho with two of her celebrated shorts: La Ronde (2011) and The Near Future (2012). Goyette has been busy these last few months screening her feature at more than twenty film festivals around the world. We caught up with the filmmaker to talk about her rhythm, taking a chance, and creating films that make us feel less alone.

RH: What film do you believe every young woman should see and why?

SG: My first instinct would be to say Fish Tank by Andrea Arnold – not just because it’s raw, truthful, and incredibly well made, but there is something about that main female character that I found so empowering. She does escape her life and makes decisions for herself, even if she doesn’t know what will unfold. She does dare to dream. To try things out. To believe she deserves a lot. And then I would hope that anybody seeing this would afterwards be curious [about] Andrea Arnold’s entire work.

How did you start making films? What drew you to this medium?

I studied in sciences – microbiology – so it does seem far away from my actual life, but actually I always felt it was a bit similar because we search a lot in the labs in science, and we “search” a lot in art, too… as if we are searching for something that doesn’t exist yet. I left my studies at the university because I just felt that if I didn’t do one film in my life, I would pass by something very important. There wasn’t a film that was a trigger, I just felt it. I grabbed my own savings to put them [towards] my first short, and then made a short each year for five years. Making a film was difficult, but at the time, it was the first time that I felt at home.

What is one thing many people do not know or understand about filmmaking?

From my point of view, I know and acknowledge that I have in my hands the most expensive and time-consuming art of all the arts. It takes so long from the moment you have a first idea that you put down and write to the first projection ever in front of an audience, that you must be sure that the film will stay with you for all those years in the making. Because the thing is, sometimes you will write it, invest all [the heart and energy you have] for years, but it will never be made. And I’m not sure a songwriter would draft a song [for] five years and then not even know if she/he will be able to play it in front of an audience once in their lifetime. Even if I feel lucky to be able to do films, we must be prepared for the fact that each film will take years and years of our life, without any security.

Your feature film weaves a fine poetic thread between the lives of the main three characters. The camera follows them, often lingering on long moments of contemplation. Conversations and thoughts, rather than faces, are the focus. How did you develop this filmmaking style? Was it difficult to understand and expand upon as a young filmmaker?

It’s instinctive, I see it in my head when I’m writing. I know the film feels really soft, but I did have a feeling that I wanted to suspend time a bit in my latest short and in my feature. Because everything is going so fast around me, around us. I wanted to provide a bit of an escape room to the viewer in the cinema, that this moment of lingering and dreaming could be theirs alone. It wasn’t something difficult to expand because it’s mostly for me in the editing room that you create this sense of time. I often think that a filmmaker is mostly categorized by [their] rhythm – that we could recognize them by their rhythm. We often speak about the directing, the screenwriting, the colours, but there is something too about the rhythm. As we would recognize someone we know well only by her/his manner of speaking, his own rhythm in his entire body. But that being said, I don’t know if this particular rhythm will always remain with me. We often react to our latest film in the making of the new one, and I know I can go to something more upbeat. 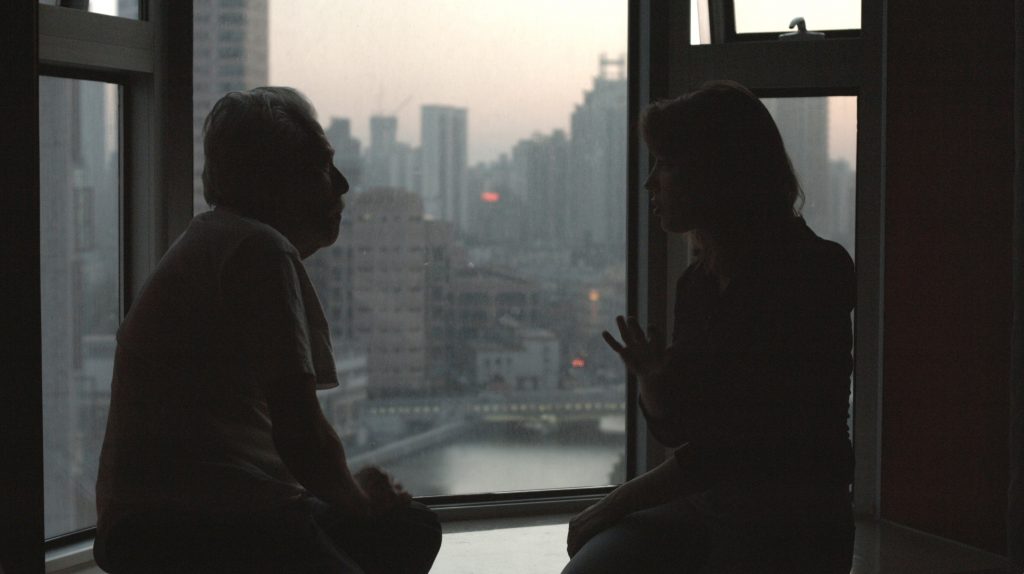 Your films deal with some very significant, weighty parts of life – including loss, death, and the difficult act of finding and understanding oneself and others. Yet these difficult subjects are portrayed with grace and subtlety. What draws you to these types of stories?

Maybe it’s because I feel it’s in our daily life. What are the significant moments in our life when we feel that time is suspended and that we have a moment to think about ourselves, about hopes, memories, or regrets? We can experience it at New Year’s Eve with yearly resolutions, or at the loss of a loved one, or at the ending of a great love story. Everything around us stops for a moment, and we look at our life differently for a short period of time.

I know that it’s not so much those themes that I think about, but mostly the fact that I want the film to connect with the viewer. That [if] she/he is in that stage of their life, that they may not feel alone anymore for that hour and a half viewing the film. That they feel the film understands them, stands by them, maybe confronts them, and that for this short period of time, they are not alone. Because loss, death, and the difficult act of finding oneself and opening up to each other is part of life and all of us.

What lessons have you learned making films?

You may hear [this] one a lot: trust your gut. But it is so true. Also, I would say that I know that the writing and editing parts are a lonely road (for most) but for the shooting part, do team up with not only great talents but great human beings. Because you will become a family for this short period of time, and you have to trust each other, and you have to be the captain on that boat that will discover with them a new continent. I was lucky enough to have a beautiful crew with me each time, that gave [their] all, and that did become friends with time.

How do you approach directing and working with actors?

By instinct again. You try to have a deep sense of who you should cast and how you see them in the frame. Something I did discover on the feature and that I thought was interesting is that after casting the actors and speaking about the film with them, they sent me a long list of questions on the script, on the character’s backstory and on any details that are not necessarily in the film. And the fact that we corresponded in writing on this aspect, as I was answering all of those questions, was like a connection from soul to soul between each other over the story. We knew things in and out of the film that just helped build the whole soul of the film. Sometimes when you speak, it can be quick and fast, but when you write down questions and answers, as in correspondence letters, you can dig deeper in the meaning and take time to build with the actor not just what’s in the frame, but what’s outside of the frame. What’s outside the frame is just as important, if not even more.

What advice would you have for aspiring and/or emerging female filmmakers?

Do a film. Don’t wait. Because it’s when you will make one concretely that you will actually know if this is for you. If so, it will feel like home even when the going gets difficult. Or you may then discover if it is really directing that interests you, or sound, or editing. With art, you must dive in and not let it sit too long in your head. And I already look forward to [seeing] what you will make!