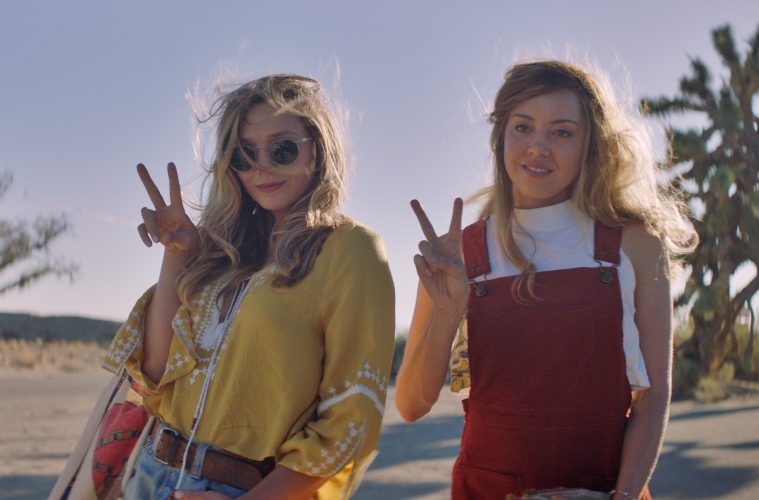 We’ve all been there. You open Instagram on your phone because you want to kill a few minutes. Fast-forward to an hour later, and you’re looking at a photo of a person you’ve never met IRL. Social media, especially Instagram, is a place where people show their best selves. In some cases, they make money, because they induce envy out of those who wish their lives were that immaculate. Ingrid Goes West, starring Aubrey Plaza as the titular character, accurately captures the rabbit hole of constructed personas that the Internet has become, while also satirizing it.

While our lives are dominated by social media, our movies aren’t. Social media commentary has wormed its way onto TV, through shows like Black Mirror, but movies have largely left the topic alone. With the exception of The Circle, which was ripped to shreds by critics, and horror films like Unfriended, social media isn’t addressed on this particular screen. Because of the rapid pace that technology changes, production companies probably worry that their films will be outdated by the time they hit theaters. Ingrid Goes West takes this risk anyway, and it pays off.

Similar in the vein of the 1999 film The Talented Mr. Ripley, which depicts an unhealthy friendship, Ingrid Goes West plays with the darker side of obsession. An emotionally unstable and isolated Ingrid (Aubrey Plaza) has just been released from a mental institution for attacking a woman she stalked on social media. Still clearly grappling with the death of her mother, Ingrid moves back into her childhood home, surrounded by her mom’s medical equipment. Her escape from her isolating reality is Instagram, where everyone is perfect.

She comes across a social media influencer named Taylor (Elizabeth Olsen) in an article in Elle magazine. Taylor is the definition of an Instagram fashionista. Her ensembles are styled to perfection, her emojis are clever (or literal), and she goes to the trendiest places in SoCal that have the best avocado toast.

After Taylor responds to a comment Ingrid posts on one of her photos, Ingrid’s eyes light up. Without a second of doubt, Ingrid collects the money her mother left her and moves to California. She gets an apartment rented by a Batman-obsessed and totally charming Dan (O’Shea Jackson Jr.).

With a home base established, Ingrid uses her research and Taylor knowledge to essentially become her. She dyes her hair blonde, changes her wardrobe, and starts stalking Taylor intensely. When she knows Taylor isn’t home with her handsome husband, Ingrid kidnaps her dog… and then returns it, reaping the rewards from the two relieved pet parents.

What follows is a whirlwind boho-chic friendship between Taylor and Ingrid. Shallow and controlling, Taylor sees she can make Ingrid her sycophant. She doesn’t see that Ingrid is unhinged at all, and neither does her miserable, alcoholic husband Ezra (Wyatt Russell), who paints millennial phrases like “Squad Goals” over classic paintings he finds. But when Ingrid’s jet-setting, drug-addicted brother Nicky (Billy Magnussen) comes to visit, Ingrid falls to the wayside and becomes jealous. Nicky also doesn’t feel right about Ingrid’s presence in his sister’s life, and used to a life of luxury, he smells a desperate outsider. The closer he gets to outing her, the more unhinged Ingrid becomes. Meanwhile, the carefully created facades of Taylor, Ezra, and Nicky come tumbling down, revealing an ugliness in their humanity.

Instagram and technology don’t necessarily move the plot forward after Ingrid befriends Taylor, though Ingrid’s Instagram use fuels her jealousy and makes her possessive over Taylor. It’s been shown by some studies that Instagram can make people unhappy and insecure, so it’s by no means a stretch that someone could use social media to stalk someone.

Ingrid Goes West could easily become a horror movie with some rewrites, but it instead chooses to remain a dark comedy. Instagram often is the brunt of the joke. As specific photos are pulled up on-screen, the poster (Taylor or Ingrid) reads the captions aloud – including each emoji. Hearing Taylor brightly say “princess emoji” or “smiley face emoji” adds a ridiculousness to Instagram. The posts aren’t unrealistic, though. Just by scrolling through your Instagram feed, you can probably find 5-10 influencers or even close friends who put that much work into posting a photo. The director and co-writer, Matt Spicer, takes a true-to-life situation and finds the comedy in it. He isn’t over-dramatizing it at all.

Ingrid Goes West works so well because on some level, it’s relatable. The viewer probably won’t sympathize with any character in the film aside from Dan, who they might pity, but that doesn’t matter. Everyone knows a Taylor, an Ezra, and maybe even a Nicky. The film even uses an Instagram user interface that most viewers are familiar with, which is difficult to pull off with how often social media apps update. That was even a struggle for the filmmakers, though: Spicer had to redo all of the Instagram shots when the interface changed after they had wrapped.

That attention to detail makes Ingrid Goes West truly a film of its time. It feels like life now in 2017. Although the film might seem a little dated in five years because technology will have changed, Ingrid Goes West will serve as a time capsule. Besides, social media obsession and stalking don’t look like they’re going to go away anytime soon.