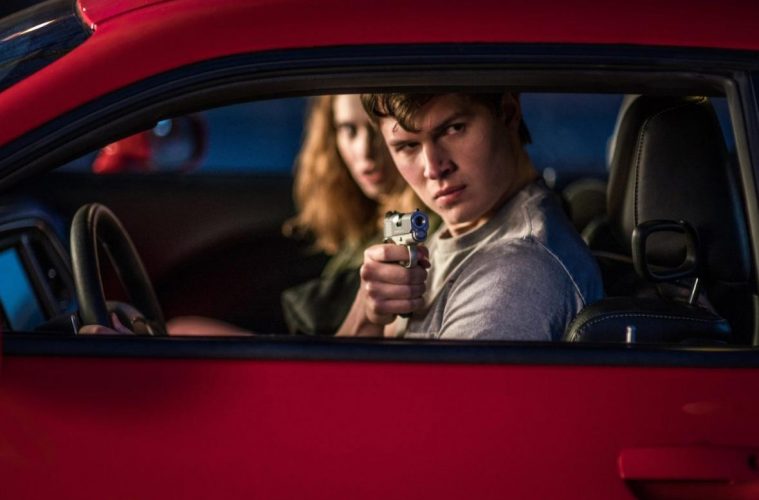 This Baby Drove Himself Into A Corner

Good artists copy, great artists steal, and Edgar Wright satirizes… well he used to, anyway. He became one of this century’s most prolific directors by skewering American pop culture tropes and hilariously placing extravagant Hollywood clichés in quaint country villages and remodeled gastropubs. Classical Hollywood, he claimed, was his great love and inspiration. This may explain why he felt that after nearly a decade poking fun, he would quit drawing caricatures and attempt something more photorealistic. Unfortunately for Wright, part of the charm of those old Hollywood films is that they were made in a different time. A time where having half-written female characters was acceptable, and all a hero needed to be cool was a slick pair of sunglasses and some kind of social anxiety that prohibits him from acting like a normal human being.

Baby Driver should have been a good movie. The first fifteen minutes of the film, when Baby (played by Ansel Elgort) evades authorities after a bank heist, is great fun. We haven’t really met the main character enough to be turned off by obnoxious quirks or stunted social graces, and so his straight-up getaway driver abilities do seriously impress. And there is a hint of humor when the bank robbers toss themselves and their sacks of cash into a cheery red Subaru. Off it squeals, with Wright using every single movie car trick in the book – smoking tires, handbrake turns, and a very funny moment when Baby confuses the police by switching places in a lineup of three other red Subarus.

But once the smell of gasoline fades away and scenes must rely on dialogue to move the plot forward, the audience realizes that Baby is just a boring boy with teenage angst and an implausible romance with a female character who’s so underwritten that her only attributes are her prettiness and unquestioning devotion to Baby. Her famous line, said five or six times in a cringe-worthy attempt at turning it into some kind of classic bumper sticker (#merch), is the eye-rolling “All I want to do is head west in a car I can’t afford, with a plan I don’t have. Just me, my music, and the road”.

Edgar Wright makes the classic mistake of believing he understands Classical Hollywood movies enough to make one of his own. He has a reputation for style, which this film takes for granted, not realizing that his better films were built on a foundation consisting of more than just snappy edits and practical effects, but of a genuine connection with the audience and the genre.

What is most infuriating about this film is how it was endlessly promoted as some kind of relief from the tedium of sequels, reboots, and “unoriginal” studio films. Again and again, I read tweets from Edgar Wright praising himself for getting something “new” made. But this film wasn’t new at all. It didn’t offer anything I haven’t seen before, or anything I won’t see again. I can watch dozens of movies about cars, hundreds about male heroes whose redeemable qualities can be counted on one hand, thousands about female love interests who exist purely to show that not only is the male character good at his job, but hot ladies love him too!

Speaking of female characters, of which there are two (or three if you include a kindly dead mother), one is a waitress who frankly seems pretty bad at her job (she seems to have forgotten her customers other than Baby) and the other is one half of a bad Bonnie and Clyde rip off. That girl is named Darling and her main function is to make out with Jon Hamm and also to threaten to make out with anyone else in the room. Baby Driver was supposed to be Edgar Wright’s love letter to Classical Hollywood cinema, but it reads more like it was an idea that was hastily scrawled on a napkin as Simon and Garfunkel played in a Starbucks somewhere. It is disheartening to see such a mediocre story emerge from an interesting and genuinely good storyteller. Sexist clichés have no place in the future of filmmaking, but Edgar Wright seems firmly stuck in the past.