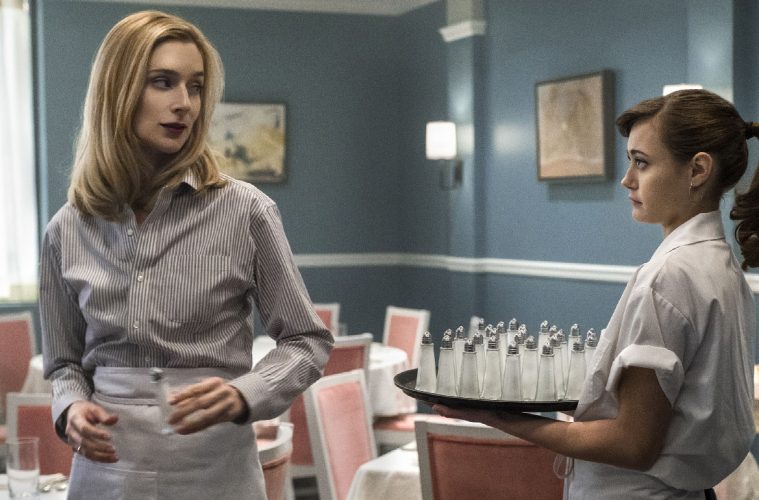 Review: ‘Sweetbitter’ Lets Its Women Be Messy and Imperfect

In June, television’s newest show about a young, 20-something girl trying to make it in New York City wrapped up its first season. Sweetbitter, based on the 2016 novel of the same name by Stephanie Danler, had the potential to be just like every other show we’ve had to endure featuring the same premise – dull, unimaginative, and ultimately a disappointment. Thankfully, Sweetbitter defies these odds and gives its audience something refreshingly different.

The show is different from its predecessors from the outset in a myriad of ways – from how it’s shot to the lack of insight into the lives of any of the supporting characters to the little background offered about our own protagonist. However, the most crucial way in which the show is different is a slightly less obvious, although in no way unimportant, one. The show stands out in its refusal to explore the protagonist, Tess, and her character growth, through the lens of romantic relationships. Instead, Tess grows and learns about herself through her increasingly difficult relationship with Simone, the show’s semi-antagonist.

Sweetbitter opens with Tess in a position that most young people have found themselves in before: alone. Tess has just moved to a place where 8 million people live and thrive, and the totality of her seclusion sinks in. As Tess learns, you’re never more alone than when you are surrounded by people who don’t know you and don’t care about you. She begins to search for a place where she belongs within the city, and finds it within Howard’s restaurant, and more importantly, within the person who seems to belong the most, Simone.

Tess sees Simone as everything she isn’t – confident, self-assured, knowledgeable, capable, and desired. Simone is seen as the resident expert for all things at the restaurant – the wine list, the returning guests, the food pairings, the basic nuances of the service industry – and, most enviably, has Howard’s utmost confidence. Tess begins to see her ideal life through Simone – one of glamour and confidence and class. Tess is envious of Simone’s status and relationships and wants nothing more than to be included in her inner circle. Tess herself constantly questions why she can’t stop thinking about Simone.

When she finally forms a semi-friendship with Simone, Tess experiences a push and pull that she can’t seem to quit. Simone takes Tess under her wing but never fully lets her in. She offers love and affection to Tess, but only in ways that leave Tess wanting more and only in moments when it is advantageous for her.

Tess grows through both the positive moments in her relationship with Simone and the difficult ones. She flourishes under Simone’s teachings about wine and service, her advice about how to manage her new life in the city, and the moments of genuine kindness in which Simone lets Tess feel at home. Tess gains confidence in herself and begins to do well at the restaurant, due in part to Simone’s mentorship.

The show also challenges the simplistic ways in which female relationships are often portrayed. A dichotomy exists in televised female relationships – either the women are inseparable or they’re enemies. Sweetbitter acknowledges that there is no perfect person and that the idealized female mentor doesn’t exist. In a world that pushes for strong female role models, Sweetbitter portrays Tess learning from a woman who is blatantly imperfect.

Simone is so flawed that the rest of the restaurant’s employees warn Tess to avoid a relationship with someone they claim is manipulative and deceitful woman, but she doesn’t. While she experiences pain at Simone’s hands, she also grows from it. Their complex relationship comes to a head in the finale when Tess recognizes thinly veiled threats coming from Simone and reflects on her failings, which she previously defended or ignored. Tess recognizes that Simone has betrayed her best friend by sleeping with her husband, that she is a jealous and manipulative person, and that she has peaked – the confines of the restaurant are about as far as she will ever go. She starts to experience some disgust at the thought of Simone’s controlling and cruel behavior, and the first signs of pity and disinterest reveal themselves. Tess has started to outgrow the fragile and thorny nest that Simone had begrudgingly built for her. As the season closes, Tess sees herself in the server’s stripes and seems confident, as she should be.

The truth is that other shows have compelling female leads and interesting or difficult storylines, ones that match Sweetbitter’s exploration of Sasha’s attempted suicide, the group’s drug use, and Howard’s abuse of power in sleeping with his staff. But other shows that came before and featured a similar premise – young women living in the big city who are “trying to find themselves” – ultimately betray their viewership by insinuating, whether directly or indirectly, that women need romantic relationships to learn about themselves and flourish.

One of the most prominent examples was born in the 1990s – Sex and the City promised to be groundbreaking in its exploration of independent single women navigating life and love. The characters that HBO presented to their audiences were promising. They had strong careers and ambition, and a circle of close friends. In the end, their storylines were concluded with them ending up in happy, heteronormative relationships. Samantha, the woman who loved her freedom, openly expressed her sexuality, and noted continuously that she didn’t want to be in a monogamous relationship, settled down. Carrie ended up with a controlling and emotionally stunted man who had broken her heart countless times. Charlotte found herself through her search for a husband and picture perfect family. And Miranda, the show’s Harvard-educated lawyer and firmly independent woman, ended up married with a child. Although there were simplistic moments of superficially learning about themselves through their friendships or moments of independence, the show was really about how their forays in the dating world shaped them.

Modern female audiences have endured decades of series that feature the same promising premise – Friends, Gossip Girl, Girls – that all conclude in the same way, with characters finding happiness and purpose through love. Sweetbitter, while still in its early stages, offers something different. Yes, there’s sex. Yes, there are romantic interests. But the show doesn’t pretend that the most important thing in Tess’s young life is her ability to bed or wed a man. And in doing so, in showing the actual complexities of her life surrounding Tess’s job, her friendships, and her search for purpose, the show reinforces the idea that women are so much more than their romantic lives. Women shouldn’t be held to this archaic belief that the most entertainment value they possess is in their search for a man.

I am thrilled that Sweetbitter has attempted to do justice to the character of Tess and the hordes of young women watching this show that are in the same place in their lives. Young women constantly face pressures to know who they are, what they stand for, and what they want. Like Tess, most young people are currently standing at a crossroads of who they used to be and who they could become. We have so many questions and so few answers. One of the answers I do have is that whoever I become or whatever I do will have nothing to do with the men that I let into my life. Like Tess, many of us have had female mentors that we haven’t had perfect relationships with. There’s jealousy and competition and so many messages aimed at us about who the perfect women are or aren’t. I’m grateful for the female mentors I’ve had, regardless of the result. They’ve taught me so much and shown me the broad spectrum of who women can be and what they can accomplish, and I’m glad that Sweetbitter is showing what women have known for a long time: that they are allowed to be complex, make the wrong decision, be “unlikeable,” and not center their lives around men. Ultimately, I’m grateful for what Sweetbitter has given us this year and I can’t wait to see what it does with its next season.