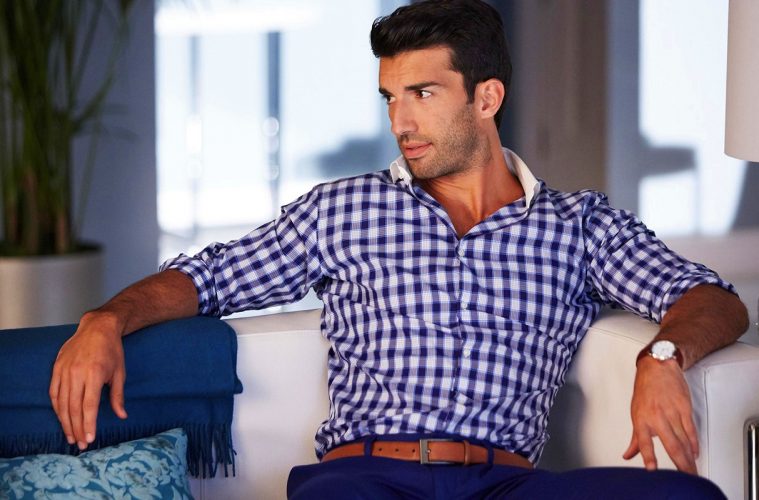 Confessions of a Die-Hard Member of #TeamRafael

It’s official: The fifth and final season of Jane the Virgin is back. The show is incredible for many different reasons — the family dynamic, the telenovela-inspired theme, and the opportunity to root for #TeamMichael or #TeamRafael.

It turns out that Sin Rostro faked Michael’s death, used electric shock to erase his memory, and left him in a field in Montana. Michael—who now goes by Jason—appears to not remember anything about Jane or his old life.

Fans are theorizing that Michael/Jason remembers more than he is letting on and is using his loss of memory to slowly win Jane back. He does kiss her in the second episode after all, which seems strange given that they do not vibe.

It seems that Michael is officially back in our lives. When he first died, it seemed as if the question “#TeamMichael or #TeamRafael?” was gone forever. But now that Michael is walking around as Jason, the classic question that’s been present since the first episode of Jane the Virgin is back.

And I am here to convince you that you should—without any hesitation—be on #TeamRafael. Justin Baldoni’s amazing (and incredibly hot) performance is just one of the reasons that I personally popped a confetti popper when Jane had healed from Michael’s death and was contemplating car sex with Rafael.

First and foremost, I am #TeamJane. She is truly the female role model that any young girl (or 22-year-old girl) should have in their lives. She’s complex, dedicated, and loving. With that being said, when she got back together with Michael in the third season, I wanted to scream for that unsupportive, unmotivating, morally-corrupt police officer to get off my screen ASAP.

Look, Michael is ultimately a good guy. Despite his questionable and shady police work, he is a good person who really loves Jane. The problem is, he doesn’t lift her up. Trust me, I am in no way saying that Jane needs a man to lift her up. She is a published author, friend, daughter, granddaughter, and mom who is strong and inspiring.

In the show, we see a constant pull between Jane wanting to do what she thinks is the right thing for the people around her, and what she truly wants to do. We saw that with her deciding whether to keep Mateo, having the amniocentesis, going to grad school, and many other examples.

Rafael is the one who is always there to tell Jane to “be brave.” He was the first and only person to call Jane a writer before she became a published one, and that was before they were even dating. (And remember that time Michael fell asleep reading the first copy of Jane’s book? Just saying.)

Rafael sees Jane in all the roles she plays in her life, but is also there to remind her to take a step back and do what is best for her. Michael, on the other hand, wants Jane to do what is best for him. Jane wanted to keep the baby but considered giving it away because Michael was uncomfortable with it. By the time that Michael came into the picture the second time, Jane had already taken her life and future into her own hands, so he stuck to the status quo. It was Rafael who encouraged Jane to take the job on the telenovela, apply to grad school, take the summer courses, and go on her solo writer’s retreat.

Life with Michael might be easier and seem more appealing at first; after all, he doesn’t have a murdered dad, a drug-lord stepmother, or a vulnerable and sometimes misguided sister. He comes from a normal, stable family that has, like, normal problems. But Rafael stood by Jane through everything, and co-parenting with the woman you love without being with her must be harder than imaginable.

And last but not least, I am going to play the grandmother card. Alba is, according to Rogelio’s baby photoshoot, the wise old owl. And she truly is. Yes, her views on sexuality might be a little outdated for our tastes, but she is the guiding moral compass of the show. She has her views and makes them known, but supports the people she loves anyway. So when Alba gives advice on love, I am here to listen.

When telling the story about her and her late husband, Mateo, she says, “That is love. To give up money like it is nothing.” Well, when Jane sued Rafael’s sister, Luisa, for accidentally artificially inseminating her, Rafael secretly backed the suit with his own money. That. Is. Freaking. Love.

If Alba is #TeamRafael, then I am right there with her. Hopefully, we will soon understand why Michael/Jason is back in the picture. Until then, I will have the video of Rafael leading the baby class in the hand dance for the big brown bear song on repeat in my head and keep telling strangers on the street why they should be #TeamRafael, too.