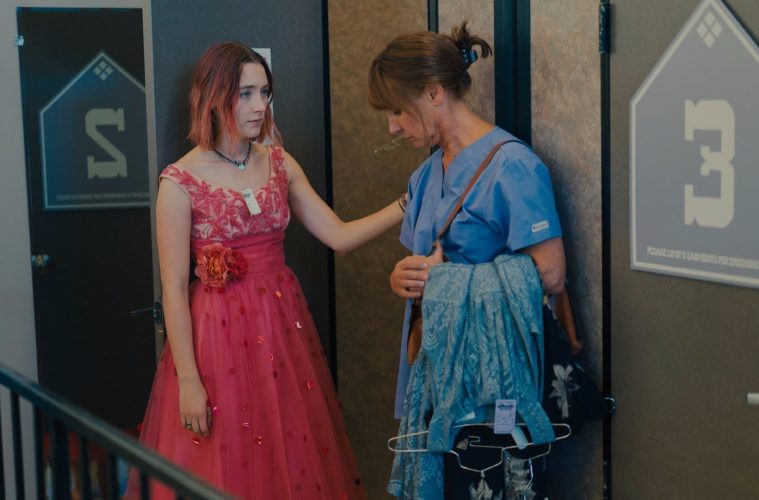 At this point, no doubt, you have seen or at least heard about Greta Gerwig’s delightful directorial debut, Lady Bird (2017). Like most coming-of-age stories, Lady Bird is a story of coming to terms as well. Its titular character, Lady Bird, is coming to terms with navigating social pressures, sex, friendship, and failure. And although all of these things are important, messy, and hard when you are a teenager, the most important thing that Lady Bird comes to terms with is the simple but incredibly difficult reality that her parents – and especially her mother – are just people.

I think we are supposed to think – and I could be wrong – that our parents are right. Our parents have our best intentions in mind, and therefore, their actions and decisions and words reflect that. Your parents are supposed to protect, care for, and nurture you. And I think, probably – and again, I could be wrong – that this is usually the case, even when the execution may not hit the mark.

From the beginning of the film, we witness the tumultuous relationship between Lady Bird and her mother. The two have the kind of intimacy it seems only mothers and daughters can: tender and toxic in the same breath. One moment they are both wiping their tears to the final notes of their Grapes of Wrath audiobook, and the next they’re having a fight that sends the overdramatic Lady Bird out the car door and onto the road. In the next shot, the cast of her broken arm has “Fuck you Mom” scrawled in black Sharpie.

I think it is worth saying that perhaps not every daughter of a mother will identify with this dynamic. Upon watching the film with one of my friends, she remarked, “Wow, her mum is nasty,” which hadn’t even registered to me. Growing up, I had a toxic – and often abusive and harmful – relationship with my mother, who has grown an incredible amount over the past few years and who I love and understand much better now. Informed by my own pernicious maternal relationship, Lady Bird’s toxicity didn’t even register with me.

But this is what I think is so brilliant about Lady Bird. It fleshes out the ways in which two contradictory things can exist beside one another. You can acknowledge that your mother does things that harm you while also loving her fiercely.

When you grow up with abusive parentage, you learn very young that your parents are only people: fallible, prone to mistakes, and flawed. Lady Bird faces this reality in a particularly rancid fight with her mother, wherein her mother tells her, “Your father lost his job. He doesn’t have a job. Do you need him to come in here and explain that to you?” Lady Bird turns away and says, “Did you ever go to bed without putting your clothes away? Even once? And don’t you wish your mom hadn’t gotten angry?” Lady Bird’s mother, standing beside her bedroom door, glances blankly at the floor and says, “My mother was an abusive alcoholic,” and leaves the room. This fight comes 22 minutes into the film.

Lady Bird’s mother’s manipulation is palpable. She guilts her daughter for not cleaning her room by explaining that it could prevent her father from getting a job. As children, we learn our parents’ insidious behaviours and we reapply them, often without any kind of introspection. And so do our parents, just like us. Bad behaviours can keep cycling.

The reality is that more often than not, our parents, and especially our mothers, do not have the resources to deal with their own trauma, and so they direct that trauma in often unhealthy and sometimes abusive ways. My mother was raised by her grandparents because her parents were abusive alcoholics. When my mother was eighteen, her grandfather died. The result: she never went to college (Until fifty! I recently attended her convocation!); worked in a kitchen, went through a phase of drug abuse and awful men; met my stable, employed, and house-owning father; married and had two kids; and got divorced. Consequently, my single mother cared for my sister and I under the poverty line by cleaning houses. And class, of course, is another dynamic that deserves to be accounted for. 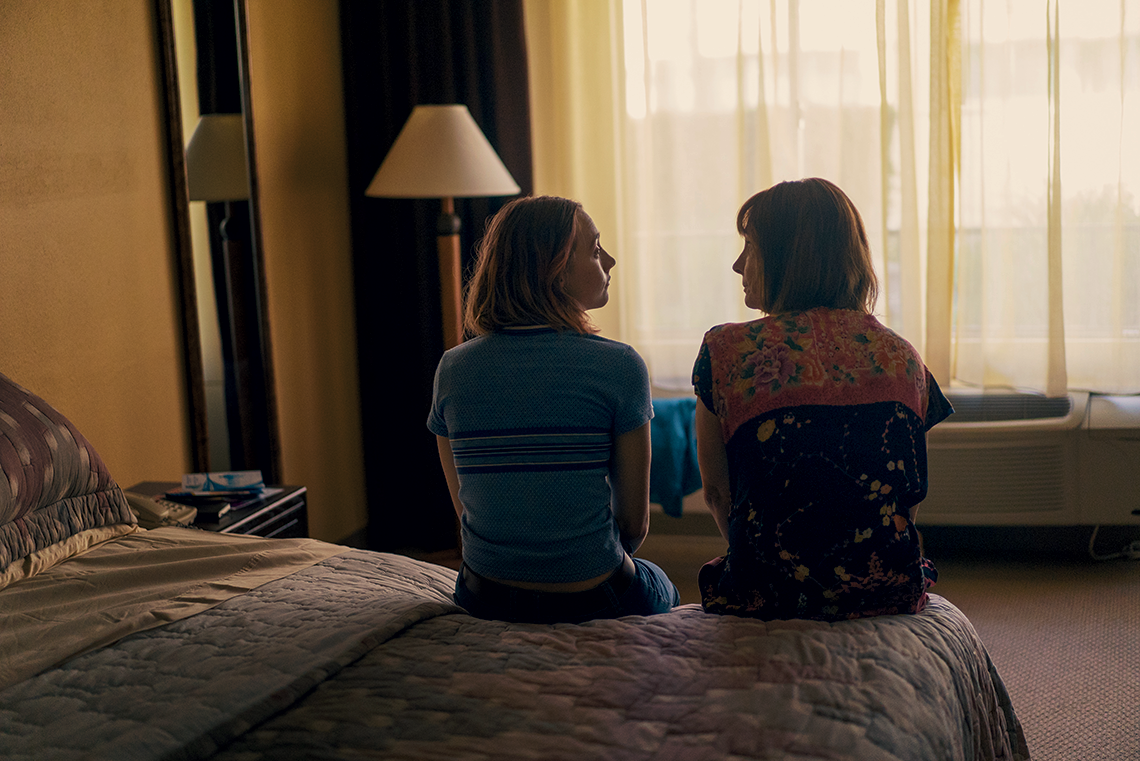 So, I think there comes a point when you realize that your parents are people with their own traumatic and abusive histories. And that often, they do not have the resources to deal with that trauma, and so, just like you, their trauma manifests in harmful, toxic, and disgusting ways. This isn’t to say that it’s okay – it’s still not okay. But I think some of the value in Lady Bird is showing that acknowledging these difficult truths can coexist with intimacy.

The last act of the film happens while Lady Bird is at college. She gets way too drunk, ends up in a hospital, and drags her mascara-stained cheeks into a church. Growing up attending a Catholic school, a seemingly fairly pleasant one, I can only imagine that there is some kind of comfort for her. She calls her mom: “It’s me, Christine.”

Arriving at college, Lady Bird opens up her suitcase to find dozens of letters her mother wrote to her. Explanations, love letters, apologies, and attempts at reconciliation. In the time before she left, her mother wouldn’t speak to her, but not for a lack of things to say.

This understanding is cinematically conveyed. During her phone call, Christine asks her mother, “Did you feel emotional the first time that you drove in Sacramento? I did and I wanted to tell you but we weren’t really talking.” The camera cuts between shots of Christine and her mother driving down the same sunbathed roads. The mirroring shots almost collapse the two women and create an intimate bond between a girl and her mother. Christine continues, “I wanted to tell you I love you. Thank you.”

Like Christine and her mother, my mother and I got a reconciliation arc. The final shots of Lady Bird do not point to any sense of perfection or conclusion, but only a coming to terms with, a better understanding of, and a truer sense. The history of hurt does not stop existing, but with better knowledge of one another, we can at least move towards healing.

Christine’s mother becomes vulnerable through her letters – never meant to be sent but sent nonetheless. Christine answers with a phone call. I am not saying that you should meet every harmful person in your life halfway, or even a quarter of the way, or at all, but in Lady Bird and in my own maternal relationship, vulnerability and understanding have been the only means of growth and healing.

I imagine that some kids only come to terms with the fact that their parents are people as adults – we learn a lot about our parents in retrospect. Sometimes, environmental and emotional factors – poverty and cycles of abuse, for example – make us confront these truths prematurely. What I think is so brilliant about Lady Bird is that these truths still exist with splendor. Lady Bird and her mother have a relationship that is tender and toxic in the same breath – the two co-exist. And maybe one day, whether in spite or because of, only the tender will exist.