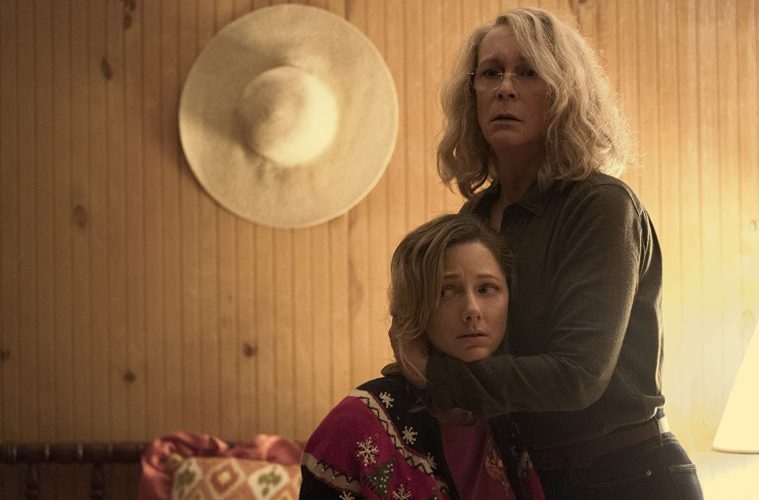 How the New ‘Halloween’ Evolves the “Final Girl” Trope

What makes a good horror movie? Surely, viewers enjoy scares that make them jump out of their seats, but there has to be more to it than that. When you consider the genre as a whole, a number of horror films stand out, one of which has just returned to the spotlight with a brand new sequel. Michael Myers and Laurie Strode are back at it for another showdown in the latest Halloween instalment. Just as the franchise changed the game for horror 40 years ago, it has once again revolutionized our perception of the genre.

The original Halloween premiered in 1978 and introduced us to the ultimate scream queen, Jamie Lee Curtis. Her portrayal of teenager Laurie Strode would go on to define her career. As lunatic Michael Myers stalked a group of teens through the town of Haddonfield, viewers instantly rooted for Laurie as the protagonist. This innocent and vulnerable teenage girl was as relatable as they come. Whereas many earlier horror movies threw out a group of disposable teenage characters, as if served to the antagonist on a silver platter, Halloween tried a new method.

Laurie’s relentless fight for survival has characterized her as a Final Girl. The term is used to describe the sole survivor of a horror film, who’s often a woman. Final Girls are ubiquitous in horror films beginning in the 1970s. Besides Laurie Strode, there’s Ellen Ripley in Alien, Nancy Thompson of A Nightmare on Elm Street, and Sidney Prescott from Scream, just to name a few. Although many of those characters are featured in multiple films within their respective franchises, Halloween has now entered uncharted territory with a new chapter of the trope.

The latest Halloween film, which is currently slaying all sorts of box office records, is actually a direct sequel to the 1978 original. It erases all other sequels within the franchise, including the ones starring Curtis. With the slate completely wiped clean, writers David Gordon Green and Danny McBride were given the opportunity to take the franchise in a different direction. Thankfully, Curtis and original director John Carpenter were completely on board with this idea.

What makes the new Halloween so unique is the presentation of Laurie’s story arc. Even though we got a taste of her later life in Halloween H20 (a chapter that’s now forgotten), this sequel goes much deeper into her struggle as a survivor. As viewers, we often think that if characters live at the end of horror movies, then they got a happy ending. We think of the young woman being saved by the police or a kind passerby, but that concept is just not true. The Final Girl trope has become an overplayed way to end a horror movie. Until now, we haven’t seen firsthand how those Final Girls carry on with their lives.

Rather than scratching the surface, Laurie’s longtime struggle is on full display in the new Halloween. Sure, she was a Final Girl, but that also meant that she has lived the last four decades in absolute fear while her killer has sat in isolation. Laurie still suffers from PTSD and the trauma she endured that terrifying Halloween night. To combat her constant fear, Laurie became a survivalist with a fortified shelter and a cache of firearms at the ready. Those experiences destroyed her relationships and took away the loved ones she needed as a support system. Michael Myers didn’t just take away her innocence that night in 1978; he took away her chance at ever living a normal life. 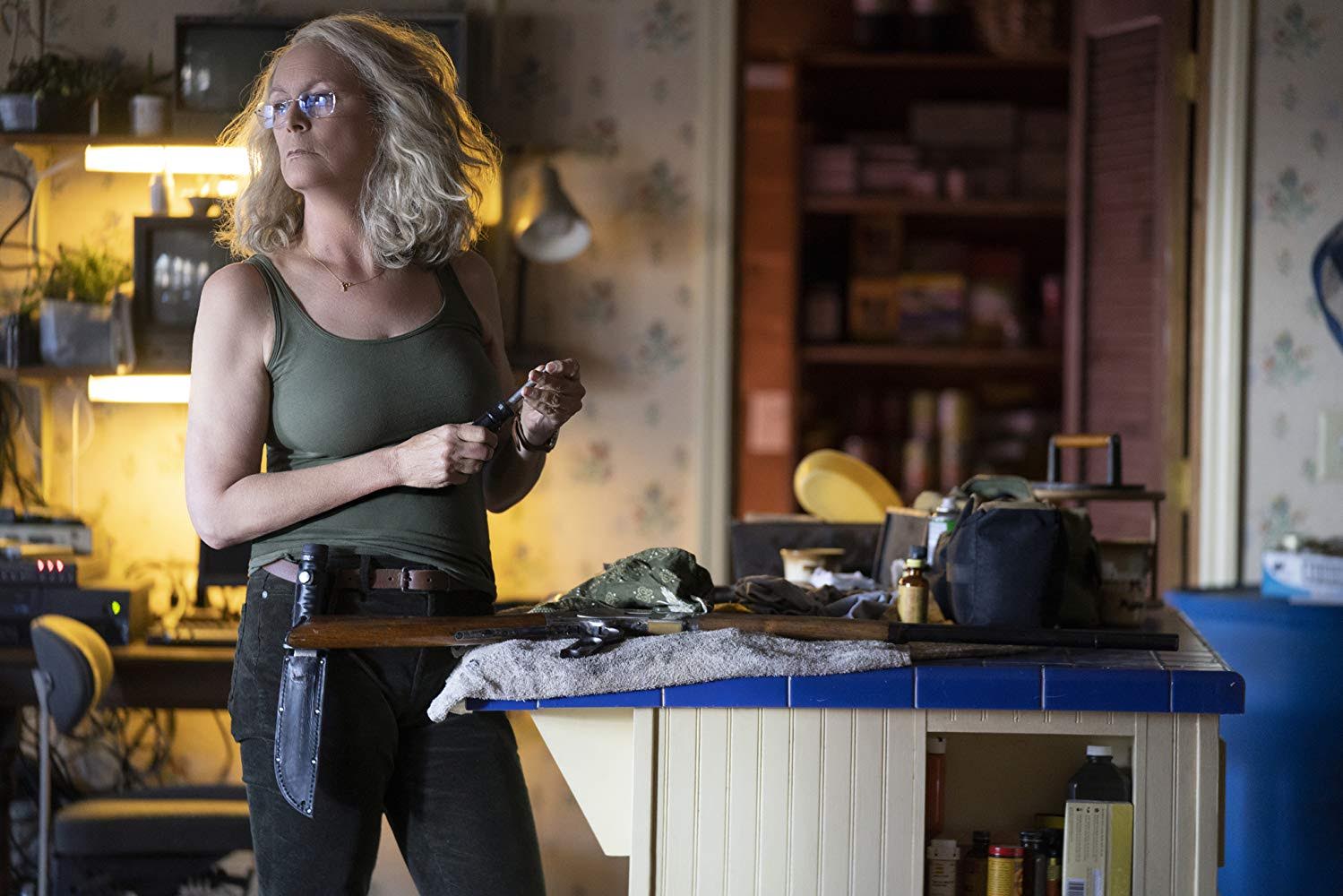 Laurie’s dark past didn’t just carry through her own life. She tried to teach her daughter, Karen (Judy Greer), her survivalist methods but it resulted in her losing custody of her only child. Their estranged relationship has carried on through Laurie’s becoming a grandmother to Karen’s daughter, Allyson (Andi Matichak). Now, with three generations of Strode women, Laurie has more souls to worry about.

Director David Gordon Green approached the sequel not just as a filmmaker, but as a fan of the franchise. He wanted to stay true to the Halloween lore while also presenting a trio of empowered women at the film’s forefront. Writer Danny McBride spoke about Green’s method of using the three key characters as a catalyst for Halloween in an interview with Vulture:

So for us, having three Strode women, it was almost a way to kind of analyze all three versions of Laurie. With Allyson you have the innocent version of Laurie, who she was similar to when we met her in Halloween. Through her daughter, played by Judy, I feel like that’s if Laurie never would have felt that trauma. Then Laurie now has met Michael Myers, and this is what she’s become. In a way it was sort of to unify all of those, and to keep all of those different versions of Laurie together, and ultimately what helps Laurie get through the trauma is her family. It’s the other women she’s involved with. It’s kind of hard to put it all into words.

During the movie, Laurie obviously gets her chance at closure, as Michael eventually escapes and travels back to Haddonfield. Before their anticipated reunion, there is a key scene that fully portrays what it’s like living as a Final Girl. While a bus transports patients at the institution where Myers is kept with him on board, Laurie is sitting in her car a short distance away. She is holding a gun with the intent of killing him during the transport, but when faced with the opportunity, she emotionally breaks down. Even while in custody, Laurie’s boogeyman still haunts her. The notion mirrors the feelings of many victims. A boogeyman doesn’t need to be a masked killer – it could come in any shape or form. The terror doesn’t end when the story – or in this case, the movie – is over.

To see a character like Laurie, who is now well into her 50s, try to take back control of her story has strengthened this new chapter of women in horror. Once Michael Myers is back on the loose, Laurie puts her emotions aside, unites her family, and takes charge in her hunt for the man who put a dark cloud over her life decades prior. At one point, he is probably more afraid of her than she is of him because she’s the one prepared this time around. By the end of the movie, it’s Laurie who emerges from the shadows. In reality, fighting for her family is what really keeps her alive.

In the end, Laurie faces her fears and traumas with Karen and Allyson by her side. Those three strong women work as a family unit for probably the first time in their lives. She has prayed for this moment so that she could finally have the chance to take her life back. The events add a new level of emotions to the franchise. Even though we just met Karen and Allyson as viewers, we’re invested in their lives because of their relationship with Laurie. As horror fans, it’s easy to want to see classic characters return, but the family story we’re given is what really evolves the perception of the Final Girl, or in this case, the three strong Final Women.