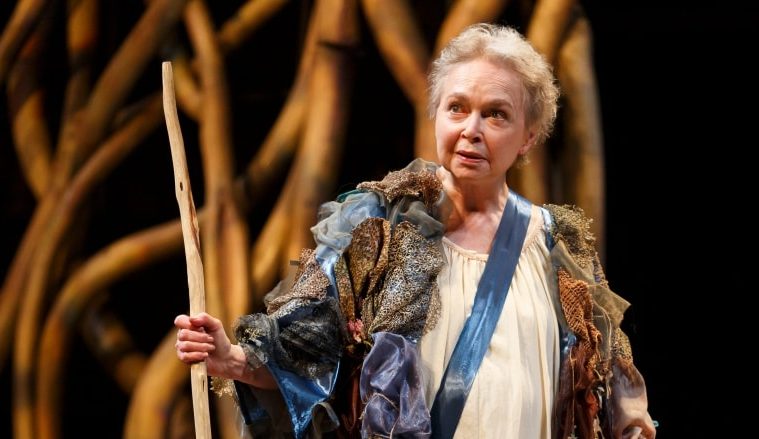 Opinion: No, Identity Politics is Not “Ruining Serious Theatre”

He opens with seven paragraphs, each its own one-sentence punchline about a theatrical classic whose lead is being played by either a woman or person of colour in this year’s Stratford Festival. I am already weary, for what writer thinks it’s interesting to drive home the same point, not one or two, but eight times in the exact same rhythm? I withstand and keep reading, naïvely thinking that, though criticism is always welcome and freedom of expression is an important right, we’ve passed the era where any journalist might think it’s provocative to complain about Julius Caesar being played by a woman.

Taylor’s article was a vestige of several outdated opinions, clinging to what remains of their popularity.

Before I get into the article’s archaic opinion about diversity, let me first discuss Taylor’s language. The words “boring theatre” are plastered across the top of the article, as if that suggests that any word of the rest of the article might be interesting or say something new. He defends what it means to be a “traditional white male” while admonishing “identity politics” as if they are not two sides of the same conversation. He condemns a run of Dracula that cast a black actor via anecdotal evidence that “one of my friends slept for the whole show,” as if the colour of an actor’s skin might have anything to do with the kind of person the author surrounds himself with. It’s already clear from the title that you and your friend are not great patrons of the art, Taylor.

You cannot want to stuff “identity politics” into the closet while so vehemently opposing your perceived persecution as a white male. In effect, you admit that you only really hate Black Lives Matter and #MeToo (he calls them both “insufferable”) because they make you uncomfortable. Because to make room for someone other than yourself means to allow someone to take up the space you have taken up your whole life.

You cannot decide what theatre needs when the very headline, the very summation of your opinion, already rings out that theatre is “boring.”

Despite all of the audacity, I hate to tell the author that white men are not being persecuted. Just because there are plenty of women and people of colour in leading roles this year does not mean that the Brontës will never be played be white women again (though something tells me that he doesn’t normally give the Brontë sisters a second thought).

The whole article is ridden with logical flaws and all comes caving down once you consider the concept of “punching up.” All good performers know it; that’s how they make fun of people without getting in trouble. Because they’re actually smart about it. The concept is easy – “punching down” is to make jokes at the expense of a group of people with less power than you (which is uncool and awkward). However, in case you actually enjoyed Taylor’s article, I’ll make it even easier: A jester can make fun of a King, because the King holds so much power that he doesn’t really lose much by being teased. However, when a King humiliates a jester, it’s tacky.

The reason we put on the same plays year after year, century after century, is to say something new. It’s to say something as it pertains to this audience. To adapt art is to reach into a centuries-old script and feel what the author felt 400 years ago. It is to bleed as Shakespeare bled, as Brontë bled, and to bring that universality to people of this time. It is to say that the human condition transcends time, and race, and gender, and technology. And we cannot transcend those things when we allow them to rule over us.

Marginalized people’s stories are relatively new to the stage. White men are not. For centuries, we have only had small inklings of diversity. Black men could look only to the tragic Othello. Asian women have only had the tragic Madame Butterfly or Miss Saigon. Transgender people have nobody other than villains codified as trans. We, the Others, the ignored who have never seen ourselves on a TV screen – to tell our stories is to defeat the hatred that divides us.

Men like Peter Taylor have seen themselves everywhere for centuries. Little Asian boys, little Latina girls, have no mirror. There is nobody on stage who looks like them. There is nobody to look up to, to center themselves, to understand their place in the world. Why are some people working so hard to take something as beautiful as theatre (which is not boring, thanks) away from them?

At the end of the day, my body is not political. A black body, a transgender person’s body, an Indigenous body on stage doesn’t need to be a controversial statement. Our existence should not make you uncomfortable. More importantly, even if my existence were controversial, art is not boring or lighthearted. The fact that you describe theatre as both demonstrates the fact that you know nothing about your subject matter. The fact that you mention “lighthearted” in the same article as Paradise Lost means that you have been comfortable for too long.

I urge you to grow, to become uncomfortable, and to let art transform you the way it is meant to. I urge you to give it a chance, diversity and all, and to open your mind.

It’s what the theatre is intended to do.