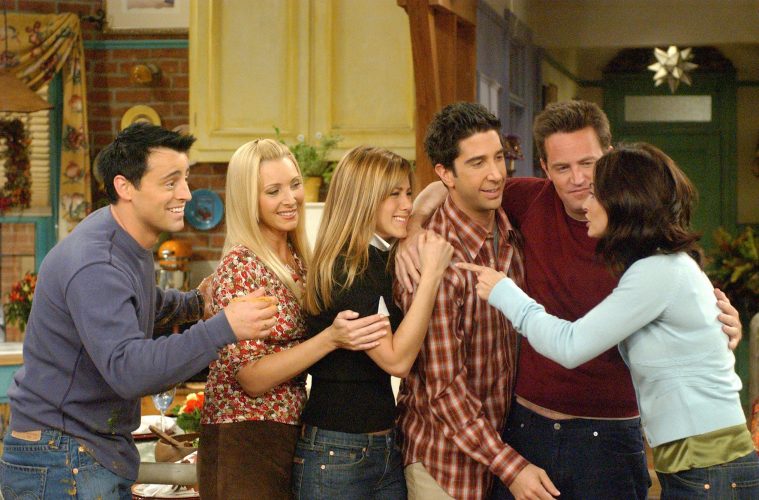 Talk TV To Me: 10 Television Podcasts to Add to Your Queue

Like most people, my first podcast obsession was Serial. I have vivid memories of scrubbing the grout in my shower, waiting impatiently for the subway, and carrying my phone around the apartment – all while hanging onto Sarah Koenig’s every word. But once Season 1 ended, I went through withdrawal, the same way I do with many TV shows. I tried getting into “important” podcasts like This American Life, On the Media, and 99% Invisible to fill the void, but after slogging through them for several months, I gave myself license to delete any stuffy shows from my iTunes library and delve into what I was really interested in: mainly, television.

TV podcasts are a great form of criticism that are often overlooked in more traditional circles, but they have enhanced my viewing of many shows. They’re like sitting in on intimate conversations between renowned critics. They’re like having episode synopses from Television Without Pity – which, coincidentally, has its own slew of podcasts – read aloud to you. They’re like lying on the bed of your college dorm room, feet on the wall, having a heated debate with your roommate about the merits of Logan vs. Jess on Gilmore Girls. Here are some of my favorites.

Pop Culture Happy Hour, NPR
Many shows have come and gone, my interest waning in them for no apparent reason, but Pop Culture Happy Hour (PCHH) has been my mainstay for several years now. Host Linda Holmes leads conversations with enthusiastic NPR employees (and occasional non-NPR guests) like Glen Weldon, Stephen Thompson, and a rotating cast of characters in their “fourth chair.” Episodes drop twice weekly (a recent change from once a week) and contain succinct, thoughtful critiques of new releases in pop culture. Not only does PCHH cover television but also music, literature, and film, giving listeners a comprehensive overview of what media is worth their time. You won’t find a criticism podcast as carefully curated anywhere else on the Apple Podcast charts.

TV Avalanche, Uproxx
When The Vulture TV Podcast ended last summer (RIP), its hosts (which included Matt Zoller Seitz and Gazelle Emami) were kind enough to give alternatives to fill the Vulture-shaped void, mentioning TV Avalanche as a replacement. Co-hosted by Uproxx TV critics Alan Sepinwall and Brian Grubb (the self-ascribed “Bad Boy of TV Podcasting”), the pair cover the latest industry headlines and give short reviews of various shows. Perhaps Vulture was biased in its recommendation because Seitz has co-written several books with Sepinwall (they’re working on a Sopranos guide right now), but I love Grubb and Sepinwall’s friendly banter, which sometimes extends to sports, the city of Philadelphia, and Grubb’s obsession with actor Jason Statham.

Appointment Television, Margaret H. Willison, Kathryn VanArendonk, and Andrew Cunningham
An M.I.T. librarian, Vulture TV critic, and Wirecutter journalist are the three hosts of Appointment Television – “a podcast about the TV you want to make time for,” as their tagline says. The trio are genuine friends, and it’s their chemistry more than anything that makes the show a joy to listen to. Along with discussions about new television, they also lead a TV book club, for which they watch several episodes of a show and then talk about it on the podcast. Past topics have included The Americans, Veep, and The Great British Baking Show, and they’re currently watching the Canadian show Slings and Arrows, which is available for free on YouTube. Thanks, Canada! We stand on guard for TV!

Extra Hot Great, Previously.TV and Panoply
David T. Cole, Tara Ariano, and Sarah D. Bunting are the masterminds behind Extra Hot Great, a podcast from Previously.TV – or, Television Without Pity’s second coming. I was initially perplexed by the episode lengths: some were four minutes long while others were over an hour. I soon learned that the short ones (with the chili emoji next them) are “minis,” where the hosts poll each other about hypothetical TV situations (a recent one was about casting RuPaul’s next two roles – one in drag and one not). The long episodes (with the fire emoji!), however, are the actual Extra Hot Great episodes, where they discuss the latest and greatest in TV. But in a recent episode, they announced that these two would soon be split into separate RSS feeds, giving all you podcast completionists a bit of leeway. I find the intro music and sound effects a little stressful, but Cole, Ariano, and Bunting know their stuff and have a great rapport with each other. 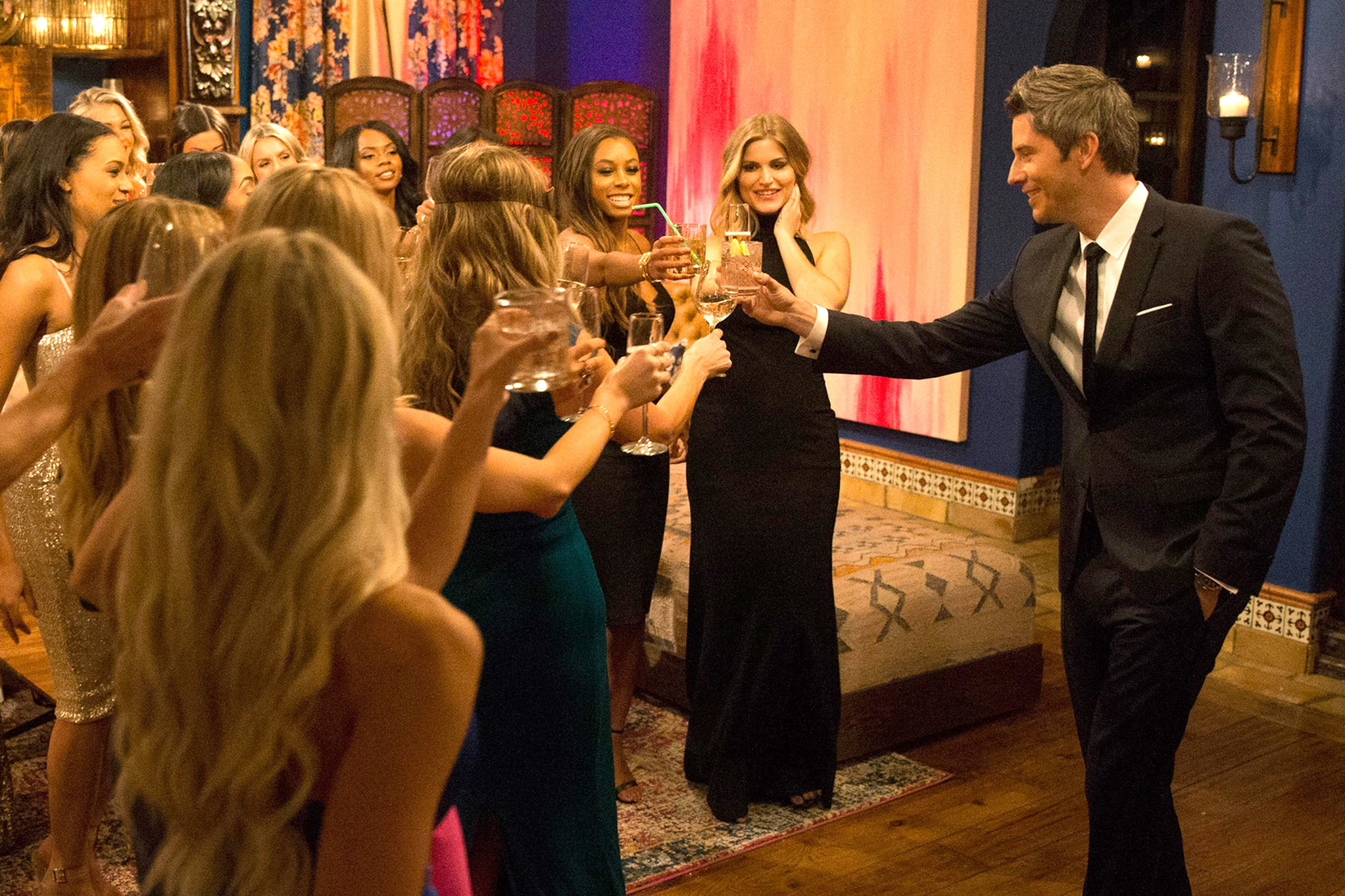 If Specificity Is Your Bag:

Gilmore Guys, Headgum
The show that arguably started the TV podcast boom, Gilmore Guys is many things: long-winded, self-indulgent, and initially tone-deaf (seriously, beware of those Holocaust jokes at the beginning!), but it became part of my daily routine for the better part of a year. The podcast started when Kevin T. Porter tweeted that he wanted to start a Gilmore Girls podcast called Gilmore Guys, and did anyone want to co-host with him? Demi Adejuyigbe responded to his siren call, and thus began a nearly three-year expedition through Amy Sherman-Palladino’s beloved dramedy. The episodes became progressively more bloated as the podcast series went on, but between the enthusiastic guests (I will never forget the story about Jason Mantzoukas crying on the elliptical while watching Gilmore Girls at the gym), the interviews with cast members, and the duo’s great senses of humor, the podcast is now part of the Gilmore Girls zeitgeist. And while the pair have gone on to do separate podcasts – Kevin with Good Christian Fun and Demi with Punch Up the Jam – you can always go back and listen to their long gabs with fan favorites like Anthony Troli and Aisha Muharrar.

The West Wing Weekly, Radiotopia
If you love walk-and-talks and the podcast Song Exploder, then The West Wing Weekly is for you! Hosted by Hrishikesh Hirway (from the aforementioned Song Exploder) and actor Joshua Malina, who played Will Bailey on The West Wing, this show goes through Aaron Sorkin’s esteeemed political drama, methodically dissecting each episode. Alongside discussions about the show, the pair also interview experts and cast members – they’ve even had Sorkin himself in the studio.

Best of Friends Podcast, Headgum
Is there anything more comforting than watching Friends? Maybe listening to friends discuss Friends on a podcast about Friends. Erin Mallory Long, Krista Doyle, and Jamie Woodham host the go-to podcast about everyone’s favorite ’90s sitcom. That being said, the trio finished going through the titular show last May, and Erin and Jamie are currently discussing Joey, the Friends spin-off that time forgot. Luckily, their catalogue is still there for you to coincide with your next inevitable rewatch.

Buffering the Vampire Slayer, Jenny Owen Youngs & Kristin Russo
Listen along as spouses Jenny Owen Youngs and Kristin Russo watch through Buffy the Vampire Slayer, discussing it through the lens of queer teenagehood with guests like Ira Madison III, Gaby Dunn, and Joanna Robinson. Throughout the show, Jenny and Kristin call out the patriarchy, scold Xander for his general assholery, and give sexual tension awards to characters with unintentional (or is it?) chemistry. Comic book writer Kate Leth typically makes an appearance in a segment called “Buffy FashionWatch,” where she discusses all of Cordelia’s amazing sweater sets, among other things. And since Jenny is a musician, she writes jingles for their favorite characters (Spike’s is the best, TBH) and performs an original song at the end of each episode. I suggest listening to “Never Kill a Boy on the First Date,” but all of her songs are terrific.

Bachelor Party, The Ringer
What if I told you that The Ringer – yes, the sports website – had a podcast about The Bachelor and that managing editor Juliet Litman hosted said podcast? Bachelor Party just launched at the beginning of this current season, but #BachelorNation has collectively accepted its rose, with over 300 Apple Podcast reviews. Juliet talks with past Bachelor contestants, her coworkers, and other superfans, making the podcast an unabashed love letter to ABC’s iconic reality show.

Twin Peaks Rewatch, Idle Thumbs
In 2014, video game creators Chris Remo and Jake Rodkin started a Twin Peaks podcast, where they dissected each plotline (or lack thereof) in Mark Frost and David Lynch’s esoteric horror series. After completing their rewatch, the hosts discussed Fire Walk with Me and eventually Twin Peaks: The Return, when it premiered mid-2017. As I revisited the show in preparation for the Twin Peaks renaissance last year, it was so helpful for me to listen to Chris and Jake analyze different fan theories and call out minor details I’d missed, making it essential to my understanding of what really happened to Laura Palmer. It’s much less pretentious than the other Twin Peaks podcasts I tried (no easy feat, I learned!) and is a great resource for anyone wanting to delve into the show but who’s overwhelmed by where to start.