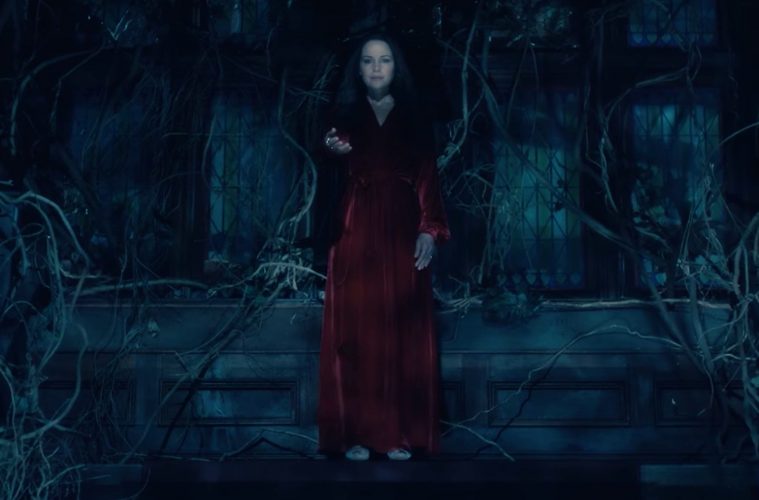 A Look Back at 2018, The Year Self-Destruction Took Over Pop Culture

“You’re confusing suicide with self-destruction. Almost none of us commit suicide, and almost all of us self-destruct.”

In my opinion, the worst type of pain is not actual pain; it is feeling so much that you feel nothing at all and wanting to destroy yourself because of it. Self-destruction is less than a decision; it is an unavoidable impulse. Contained within each individual cell in our bodies is the capability for self-destruction. We are fraught with it. Perhaps, it is that we have become so adjusted to it, we hardly notice when it is happening until it spirals drastically out of control. All that is left for us to do is attempt to understand what it really is, to find the twisted beauty and contemplate the cyclical nature of such a destructive process. 2018 in film and television was a lesson in self-destruction and its inevitability. From Annihilation to Sharp Objects to Tully, self-destruction became a significant point of discussion.

My first panic attack remains one of my most vivid memories. My lungs felt like they were crumbling and my stomach like it was turning over, twisted in string. My mind sprinted at 80 miles an hour until it stopped, and all I could hear was my breathing as it rattled in and out. When I was 15, my hands shook with broken promises and an ache I couldn’t seem to rid myself of as I drew shallow lines on my forearms with a razor and the stinging felt like something I couldn’t place. I learned then what pain really was: It’s not scraped knees or broken bones, but rather feeling so much that you start to feel nothing. I didn’t want to hurt myself, not really; I just desperately ached to feel something, anything. My self-harm is exceedingly uncomfortable to talk about. I struggle with acknowledging it as a part of my personal history (it’s not something I am at all proud of) but seeing it portrayed and unraveled in films and on television helps me come to terms. It is a painfully solitary experience, but there is also something universal about it.

“Drained. Cherry. Sick. Vanish. Gone. Wrong. Wicked.” These are the words crisscrossing Camille Preaker’s body on Sharp Objects, slashed violently into her flesh. Words that define her, or at least did. Her self-harm was a freeing process, a means to externalize and rid herself of the words pounding against her skull. It is ironic that in an attempt to free herself from these words, Camille has permanently etched them onto her skin. When faced with her mother Adora’s quietly potent abuse, Camille turned her violence inwards, lashing out at her own flesh as a coping mechanism. Amma, on the other hand, lashed out and destructively killed other girls—like mother, like daughter. It is clear that when Camille finally gave up self-harm after rehab, she turned to alcoholism, empty bottles of vodka flung haphazardly throughout her car. She cannot exist without destroying herself in some deeply harmful way. “Your health is not a debt you just cancel, Camille; the body collects,” Adora warns her. As we sit in the discomfort of Camille’s suffering, we understand that for many people, life is just a lengthy and winding recovery process, a constant procedure of covering up and attempting to heal our wounds.

Just as Camille hides her scars under black and neutral-toned clothing—even in the suffocating heat—Annihilation’s Josie Radek conceals hers beneath her sleeves, tugged down to her wrists. “She’s tried to kill herself?” Lena asks of the scars on Josie’s forearms. Sheppard’s response is firm: “No, I think the opposite. Trying to feel alive.” Like Camille, Josie’s self-harm is an attempt to avoid a gaping emptiness; an attempt at freedom, however violent the price. The moment in Annihilation that causes me to sob without fail is Josie’s final scene, a strangely serene one. As flowering sprouts rise from the scars on her forearms, she says that she doesn’t want to fight the Shimmer, or even learn what it is. Josie steps carefully around the house to its garden as Lena chases after her. Her body stretches and grows as she becomes a part of the Shimmer, her limbs now flowering tendrils of some mutated plant. She lets go, relinquishing her body and her mind to the Shimmer’s impending destruction, unbothered. Strangely, it seems as though it is the one thing Josie wanted: for life to grow from her pain. She has become a part of something so beautiful that it seems not like death but rebirth.

The Shimmer itself is prismatic, refracting and mixing radio waves, DNA, light waves, and other forms of radiation. In this process of mutation, it destroys everything as it creates it, a continuous process of self-destruction and constant renewal. “Nightmarish?” the doctor asks Lena of the destructive mutations within the Shimmer. “Not always,” is her reply. “Sometimes it was beautiful.” It is perverse, but there is a certain beauty in such raw, violent devastation. The most perfect moment in Annihilation is during its final minutes when Dr. Ventress erupts into a nova of light and cells—perhaps the Shimmer in its most basic form—and Lena is left to stare into the twisting cluster of matter, eyes glowing. It is the moment when Lena finally understands the complexities of self-destruction; the beauty, the horror, and the strange life found in such a painful process. She understands why Ventress wanted to face it, why Josie wanted to become it, and why Anya wanted to fight it. It ends with a less-than-subtle demonstration of self-destruction: Lena blowing up the Shimmer’s replication of her with a phosphorus grenade.

In The Haunting of Hill House, Olivia Crain kills herself in a misguided attempt to save both her children and herself from the nightmares of their house. Luke spirals into a mess of constant drug addiction and homelessness because of the house’s traumas. Being invariably high is better than seeing ghosts. To Nell, the house is a carcass—a horrible, dead thing she needs to confront before its claws dig themselves even further into her flesh. And when she finally does go to confront it, Nell finds herself on the edge of the spiral staircase, her dead mother whispering sweetly to her as she ties the noose. Shirley closes herself off from her siblings and erases her tumultuous past from her mind rather than face it; she ices everyone out. Theo drowns herself in alcohol and tries to kiss her sister’s husband in an attempt to finally feel something instead of a vast emptiness: “I can’t see and I can’t feel and I’m just floating in this ocean of nothing.” Their self-destruction reveals itself in perhaps less obvious ways, but they are crawling in their own skin, searching for something to ground them because what they have experienced is so utterly traumatic. Each member of the Crain family lives in solitude with their fear of Hill House, and its unnerving, endless assault on their entire family.

In Tully, we see subconscious protection from self-destruction, which ends up only worsening the process. In a deeply human, unglamorous, and raw portrayal of motherhood, Charlize Theron’s Marlo is endlessly stumbling on uneven ground after her baby girl, Mia, is born. She fights exhaustion and ceaseless frustration, always on the verge of a breakdown. She is visited by a young woman, Tully, both a night nanny and trusting companion, in an effort to reconcile with her agonizing postpartum depression. We learn that Tully is not real but rather a coping mechanism and a product of her psychosis. Conjuring her was a desperate cry out into the universe for help because Marlo was floundering in the open sea.

Art has always been a vehicle for understanding and unraveling trauma. This reoccurring analysis and portrayal of self-destruction in film and television seems to be a method of dissection. Something that allows us to both escape from and reflect upon our own inherent self-destruction. The impulse crawls along the shells of our bodies and flutters within us. It emerges in our ritualized, daily behaviors or in extreme, startling episodes. It is an unhealthy release, a contorted catharsis. Self-destruction manifests differently for every individual, and even if only some of us succumb to the direct impulse, we all understand the feeling. It’s the curiosity experienced when you stand too close to the edge of the highest balcony, the wondering. It is a painful, reckless, and terrifying process, and it is unavoidable. This deep exploration of self-destruction in media has somehow made me feel less alone in the universe.