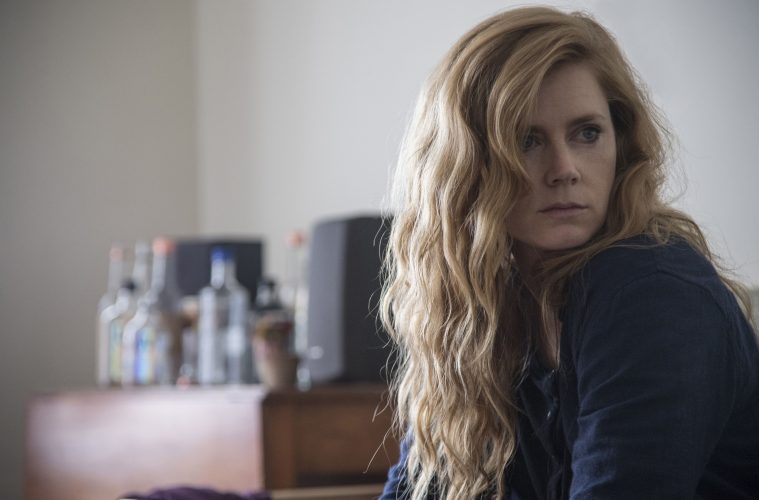 There are countless tweets, memes, and articles about it. But as of 2018, Amy Adams still hasn’t won an Oscar – and, much to everyone’s annoyance, wasn’t even nominated in 2017 for her role in Arrival.

So, why is everyone so annoyed? Remember when DiCaprio just couldn’t quite bag that Oscar? We were so happy when he eventually won Best Actor for 2016’s The Revenant because he deserved it. And similarly, Amy Adams deserves it too.

Impressively versatile, Adams has totally owned each and every role she’s been given. She’s the proud owner of four Critics’ Choice Movie Awards and two Golden Globes, but after the utterly incredible Sharp Objects (which she simply must get an Emmy for), surely her remarkable talent and passion for the craft has to be acknowledged?

I have a theory as to why Amy has been overlooked for all these years – but we’ll get to that later. First, I want to take a closer look at the different roles she’s had since she started her acting career in 1999. Here’s to you, Amy.

Although boasting bit parts in That ’70s Show, Buffy the Vampire Slayer, and a role in Steven Spielberg’s Catch Me If You Can, it was Phil Morrison’s independent film, Junebug, that proved to be Amy’s breakout performance. With generous dollops of insight, warmth, and family dynamics, Junebug follows art director Madeline as she lives with her husband’s family in the American south. 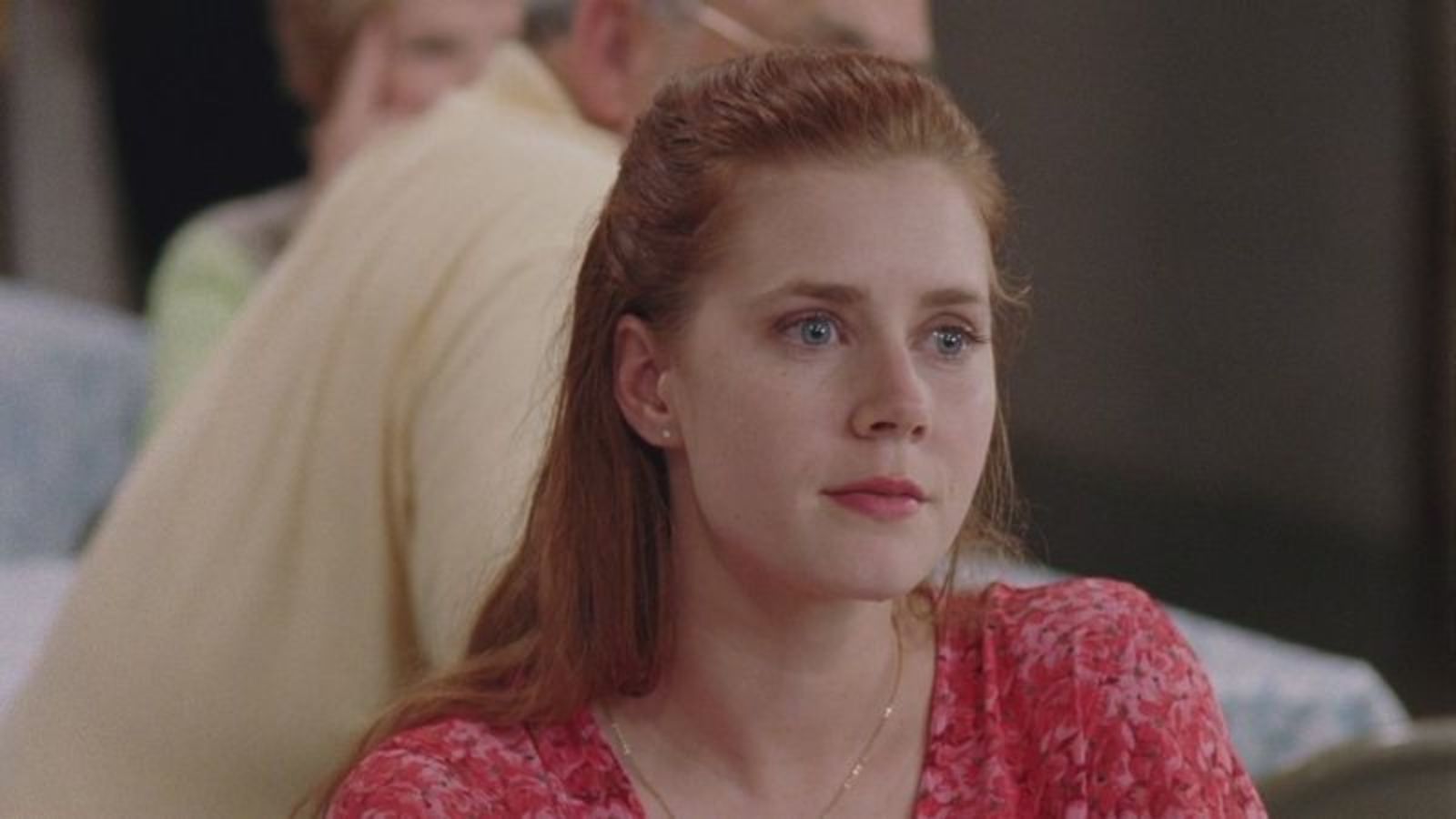 Adams plays young, impressionable (and very pregnant) Ashley. Although a relatively simple narrative, it’s the performances from the likes of Adams and Embeth Davidtz that make Junebug what it is. On the surface, Ashley is chatty and energetic, but it’s in the final act that Adams really delivers. Proving that she’s not just ‘the girl next door,’ she transforms Ashley into a shell of her former self, hollow with pain after some devastating news. Adams’s performance was so impressive that she was nominated for a Best Supporting Actress Oscar, but she lost out to Rachel Weisz for her role in The Constant Gardener.

But just when you think she can’t be any sweeter than Ashley in Junebug, along comes Giselle in Enchanted – a sweet, young maiden with dreams of marriage. Adams used the heartwarming traits she portrayed in Junebug and ramped it up to Disney level. Throw in a few musical numbers and she’s in her element – much like a princess, she’s naturally captivating and charming. Plus, she boasts a fantastic voice. On her super-sweet performance, Amy explains why she loves playing ‘positive characters’:

“I think that I’ve always been attracted to characters who are positive and who come from a very innocent place. I think there’s a lot of room for discovery in those characters and that’s something I always have fun playing.”

And, as with Ashley in Junebug, Adams embraces Giselle and finds hidden depths, creating a bold, dynamic character you just can’t stop watching. And luckily for us, there’s an Enchanted sequel coming soon. Adams said so herself.

Stepping out of her sickly-sweet bubble, Adams takes on sexy, feisty Charlene in The Fighter. Directed by David O. Russell, it documents the story of real-life boxer, Micky Ward, and his older brother, Dicky.

Charlene, based on Micky’s real-life girlfriend and wife, is drastically different from anyone Adams had played before. Surly, sexual, sullen, and partial to swearing (“Don’t call me skank or I’ll rip that nasty hair right outta’ your fucking head”), Charlene is a far cry from previous roles. But of course, Adams handles it effortlessly. With a killer accent that you’d be forgiven for thinking was her real one, and her strong, unforgiving body language, Charlene is up there as one of her best characters. Director, David O. Russell said of her performance:

“There are very few things that a director can have at his disposal better than an actress who’s dying to break type and is extremely motivated to break type. Amy was extremely motivated to play a sexy bitch and that’s who the character of Charlene is. […] She said, ‘As long as it happens between action and cut, I’ll do anything.’ And I said, ‘That’s my kind of actress.’ I loved that she had that attitude.”

And guess what? Amy Adams received her third Oscar nomination (her second nomination had come from her role in Doubt) for Best Supporting Actress. This time, she was pipped to the post by co-star Melissa Leo, who played Micky’s mother, Alice Ward. 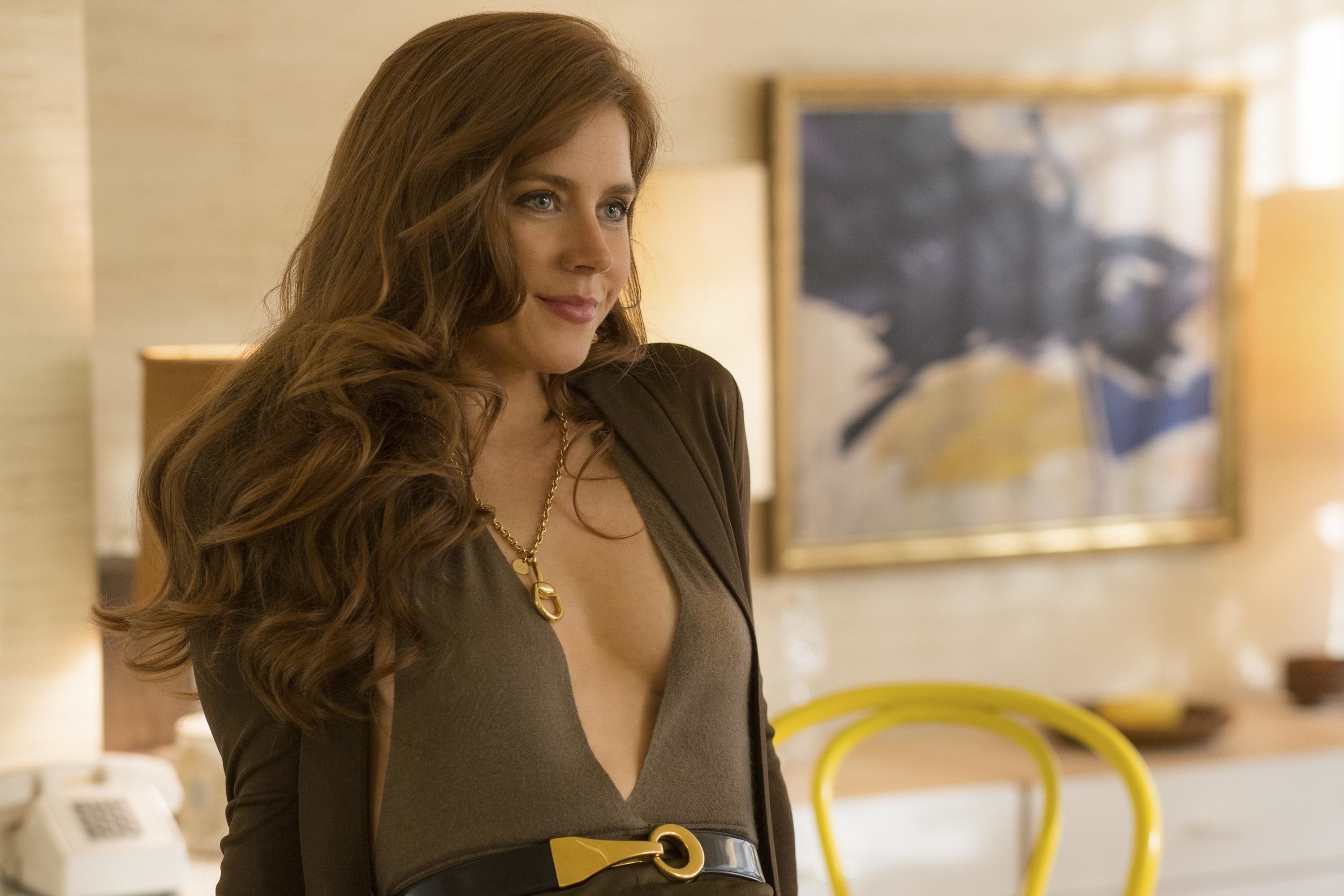 Armed with one of the most coveted wardrobes in film in 2013, Adams joined forces with David O. Russell once again to star in stylishly slick American Hustle. Interestingly, Adams confessed that she often cried on set during production because of Russell’s harsh, perfectionist tendencies. This, teamed with the infuriating blow that your male co-stars are getting paid more than you, is enough to make you want to give in. But Adams didn’t. Talking about her experience, she said:

“I was really just devastated on set. I mean, not every day, but most. Jennifer [Lawrence] doesn’t take any of it on. She’s Teflon. And I am not Teflon. But I also don’t like to see other people treated badly… It’s not ok with me. […] Life to me is more important than movies. It really taught me how to separate work and home. Because I was like, I cannot bring this experience home with me to my daughter.”

This saddening confession prompted me to rewatch American Hustle. And although professional to the end, Adams’s portrayal of Sydney offers a cold edge that’s not seen before in any of her other performances. Luckily for O. Russell, it works fantastically for her slippery, underhand character, but that it was potentially caused by her being treated badly is unacceptable. Adams received her first Best Actress Oscar nomination for her role as Sydney, but lost to Cate Blanchett in Blue Jasmine.

And now for the best bit, the bit I could (and probably will) write an essay on. HBO-produced and directed by Big Little Lies director, Jean-Marc Vallée, Sharp Objects is an eight-part drama based on Gillian Flynn’s debut novel of the same name. And it’s perfect.

With slow-burn pacing unlike anything I’ve seen before, Sharp Objects leaves infuriatingly small crumbs of crucial information throughout each episode – just the right amount to keep you engaged and desperate for more. And then the eighth episode is a sucker punch, delivering a thrilling, overwhelming crescendo of misery and realisation.

But it’s not just the finale that’s so impressive; while waiting for that ending, we’re gifted with excruciatingly intimate insights into a dysfunctional, broken family. It’s more than just a family drama, more than just a murder mystery – it’s an all-too-real look at loss, family values, and betrayal.

It’s difficult to imagine anyone else filling Camille’s shoes. Adams’s entire career feels as if it’s been building towards such a diverse, emotional, terrifying portrayal – with hints of Charlene from The Fighter and the cold detachment of Sydney from American Hustle. Luckily, I’m not the only one who thinks Adams’s performance was outstanding, with many expressing their desire for her to win an Emmy.

So, why hasn’t Amy received an Oscar? In short, because she’s been slept on. Unfortunately, Adams (like DiCaprio), is a victim of her own talents. When you’re completely amazing in every role you play, people start to expect it. It becomes a given, and viewers are so used to seeing Adams be incredible, it starts to stand out less.

Think about it. DiCaprio played impressive, diverse characters like Jack in Titanic, Howard Hughes in The Aviator, and Calvin Candie in Django Unchained – all of which offered something new and were just as fantastic. But he didn’t win until The Revenant, a film and performance that was drastically different from anything he’d done previously. It stood out and made everyone take notice of his sheer raw talent.

And now, Sharp Objects is to Adams what The Revenant was to DiCaprio. It’s her most impressive, unique, and controversial role to date, and a perfect amalgamation of every character she’s played so far, and more so. Hopefully Amy Adams is rewarded for her extraordinary portrayal of Camille Preaker with an Emmy in 2019. But it’s not just about awards. Hopefully, this will make people sit up and take notice. Hopefully, she’ll be acknowledged as one of the best actresses of her time, not a ‘consistently good one-trick pony,’ but an insanely diverse, gifted actress.