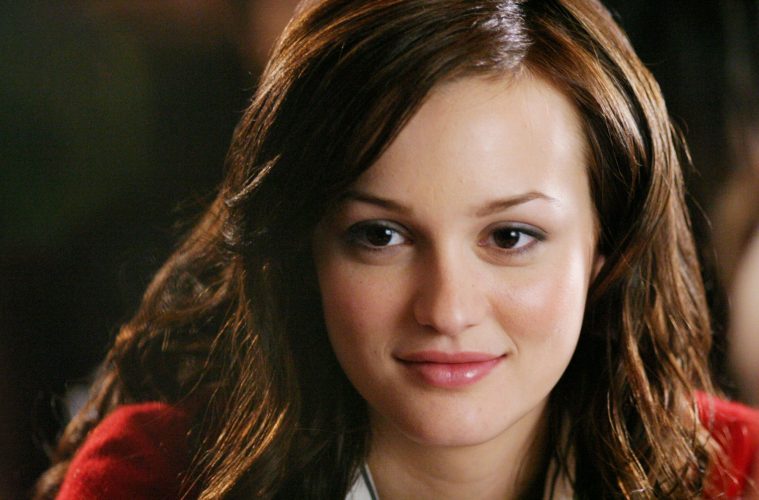 Blair Waldorf Is All of Us

Spotted: far from the Upper East Side in Upstate New York, I spent most of my Monday nights with my eyes glued to the television, watching in awe at mid-to-late twenty-somethings pretending to be teenagers. In my adult-ish eyes, I can see now that Gossip Girl was more of a fantasy than reality, but at fourteen years old, I greedily lapped up someone else’s life that was far different and more wonderful than my own. As I loyally watched for all six seasons, what kept me coming back week after week, season after season, one ludicrous plot twist after another, wasn’t the marvelous outfits or the bopping, late-2000s pop songs. It was a single character who kept me watching and reminiscing for years after: Blair. Cornelia. Waldorf.

Yes, the Queen B of Constance Billiard’s, Upper Manhattan’s, and Chuck Bass’s hearts was my favorite part of the show. We shared many similarities: brown-eyed brunettes, infatuated with Audrey Hepburn, both sharing a certain delight in delivering a sharp comeback, as we do finding the most perfect pair of shoes. Yet there was more to it than looks and tastes. Blair was a high achiever, a perfectionist in the first degree, and driven almost to the point of obsession with every goal. She was also deeply insecure, wanting desperately to be loved, yet terrified of rejection. Traits I found within myself.

This wasn’t the first time I’d identified with a fictional character. A voracious reader since childhood who consumed a steady diet of cinema, I had an endless list of childhood heroes I could identify with and idolize. Luna Lovegood, Elle Woods, Barbara Gordon, among others. But Blair differed from of the rest of the fictional familiars, because while all of the above characters have flaws, their positive attributes have a much brighter light shined on them. They’re the heroes of their stories; they’re “good.”

Blair Waldorf operated in a much grayer area in the series. At best, she could be described as an anti-hero; at worst, she was the villain. Throughout the show’s six-year run, this manipulative, self-serving tyrant sabotaged nearly every single character on the show, either for power or pleasure.

And yet, I deeply related to Blair. Sure, I’ve never purposely ruined anyone’s life, but when exploring Blair’s deeper motives and personality, I could see a girl with bone-deep insecurity and an insatiable drive to succeed at all cost. She needed to be in control and was often ruthless in her quest to achieve that control over all things. There’s a sensitive, nurturing quality to Blair. Her loyalty as she defeated her enemies and protected her loved ones. Her refusal to give on people, even when they had given up on themselves; like when Blair came to Chuck’s aid after his father passed, even though he constantly pushed her away. Hidden behind her snarky and ice-cold surface was a vast well of compassion and empathy for her friends and family. A villain with a heart of Cartier gold.

My heart ached during the second season when she spent so much time, energy, and emotional labor trying to get Chuck to say he loved her because she desperately needed validation that she was loved and worthy of being loved. She was also terrified of saying “I love you” for a fear of rejection and vulnerability – struggles I can deeply relate to, always wanting success, but it never quite being enough. Cecily von Ziegesar, author of the Gossip Girl book series for which the teen drama was based on called Blair a “girl of extremes.” But what teenager girl isn’t a girl of extremes?

While I felt such a kinship with Blair, I was hesitant to admit how much I related to her. After all, she was still a huge asshole on the show. So I listened as my friends went on about their favorites in Jenny and Serena as I slowly cultivated more things Waldorf into my life. I wore collared dresses and houndstooth-patterned coats. I wore headbands so many days in a row that I swear they cut off some of my circulation. I would watch Breakfast at Tiffany’s and Roman Holiday on repeat, and daydream about one day sitting on the steps of the Met. I even tried copying Blair’s speech pattern to get rid of my persistent lisp. One of the best compliments I ever received was when I walked into the student store in college, buying peanut butter cups and Coke when the cashier told me that I “look like that girl in Gossip Girl,” and I knew exactly who she was talking about.

Years after the show had ended, I was at a tipsy Gossip Girl party that a friend of mine was hosting in her apartment with some of our girlfriends. Packed in her living room, drinking a five-dollar bottle of Strawberry Moscato in plastic cups, we indulged in our favorite TV show from when we were teenagers, turned into a guilty pleasure in our twenties. I expected my friends – all of whom were either writing or art majors and very much “the good girls” – to root for Serena or Vanessa when everyone stood up and gave a toast to “Our Queen B.” These were my people.

Teen dramas are not known for their strong ties to the real world. In fact, I consider them to be more in the “magical realism” genre. But on a show with as much depth and substance as a gas station iced coffee, Gossip Girl managed to create not only a complex female character in Blair, but a relatable one. Who among us hasn’t felt overlooked and betrayed by a close friend? Who hasn’t longed for the approval of a parent or felt like they haven’t measured up to expectations? We’ve all experienced self-doubt and passion and drive, and Blair shows it to us so we can connect. And she cannot be pigeonholed into one archetype like “It Girl Serena” or “Golden Boy Nate” – she encompasses too many things. She is the antagonist, the protagonist, the lover, the fighter, the queen, the virgin; she lives in the complex gray area we all do. In a cast of flat characters, she is a multi-faceted gem.

More so, she is also the only character on the show who actually acts like a teenager. The rest of the characters develop through crises like involvement with drug cartels, murder, public scandals, and becoming the CEO of a major company before graduating high school – things that wouldn’t happen to your average sixteen-year-old watching. But Blair deals with normal teenage problems like wanting to get into her dream college, losing her virginity, being popular, and prom. Sure, we didn’t have a guy stuffing ballot boxes and voting for us hundreds of times so we would win, but we know the anxieties and hopes of having a “perfect” prom. And at her core, that’s who Blair is: the representation of our hopes. She longs to be a Yale graduate, a model, a CEO, a princess; her ambitions almost comical if we hadn’t dreamt them ourselves. Maybe that’s why von Ziegesar said she related to Blair the most out of all the characters. We are all Blair Waldorf.

Spotted: years after the show had ended, I am not sitting alone in my bedroom, but on the steps of the Met in my most Blair dress as my best friend takes my picture. We are on an adventure to see every place we saw on the show I had marveled at for most of my teen years.

“Are you feeling Blair yet?” she asked me.