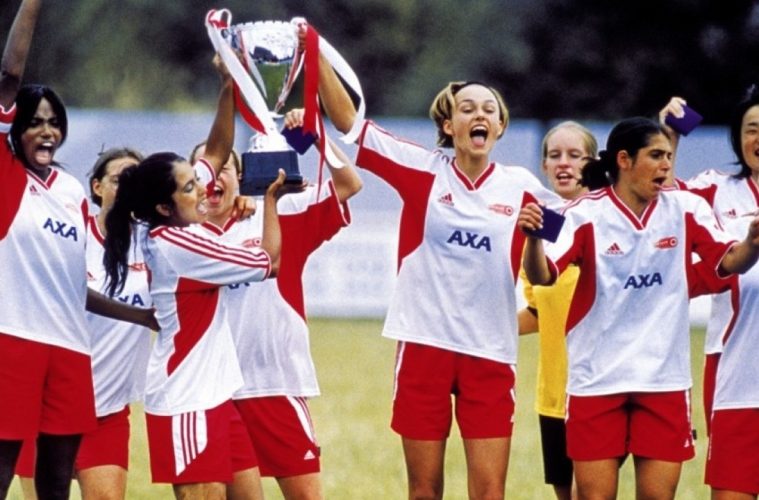 What Gurinder Chadha Taught Me

I have loved films all of my life. The numerous ways they have provided me with the opportunity to escape aspects of my reality, to bond with siblings but to express myself too, gave me the desire to want to work behind-the-scenes in the industry at a very young age. However, as a black British woman, the first example of a woman of colour I had to look up to in film was Gurinder Chadha.

Before Amma Asante, Cecile Emeke, and Issa Rae gave me types of representation that reaffirmed my identity as a black woman through their films and web series, before I was able to see a glimpse of what I could one day become in the form of those three women, Chadha’s work not only encapsulated some of my experiences growing up as a British-born Nigerian, but also taught me some valuable lessons.

Although Chadha was part of the Indian diaspora in East Africa, a background significantly different from mine, I couldn’t help but relate to the content of her films in some way, shape, or form – her debut and award-winning feature-length film, Bhaji on the Beach (1993) being my favourite by far. Bhaji is a movie about a group of South Asian women, old and young and with varying personal problems, who go on a day trip to Blackpool together.

The film touches on many themes in a short space of time. From the dilemma of being British-born and trying to internally align both your heritage and the land you call home as parts of your identity, to the notion of a generational divide between you – a product of the diaspora – and the older “aunties” who still hold on dearly to culture and tradition, these are experiences I know all too well and can still relate to in my 20s.

On the one hand, Chadha perfectly depicts some of my struggles growing up, but she also taught me a lot too. Her work let me know that I was not mad, and that the things I thought I was facing were not just in my head. Before I even knew that the term misogynoir existed, I did know that multiple hurdles were set up to see me fail, hurt, and put down. I knew that there were times when I’d have to police myself to avoid being labelled as a stereotypical black girl, be that a loud one or an angry one. In the first ten minutes of Bhaji on the Beach, Simmi – the day trip organizer – gives an introductory speech to the minibus of women, stating, “It’s not often we women get away from the patriarchal demands made on us in our daily lives, struggling between the double yolk of racism and sexism that we bear.” While her speech may have gone over many of the passengers’ heads, it was an important one that needed to be made and one that reminds me constantly that I’m not alone.

I also learned that self-care is important. As Simmi says, “It’s not often that we get away… this is your day. Have a female-fun time.” Many of the characters have varying issues. One girl is feeling pressured by her parents to become something she doesn’t want to be and another woman is a victim of domestic violence, so their day trip to Blackpool is their form of escapism. Throughout the day, the women in the film do things they wouldn’t ordinarily do, but they have a great time doing them. Chadha taught me that it’s okay to take time out of the busyness of my life and do things that will help me get to a place of peace. Whether it’s a pamper day, a trip to the cinema, or a date with myself to a café, if I feel like I need to get away, then I should.

One of the things I’ve always loved about Gurinder Chadha’s filmography is that she has never failed to put a piece of herself and her story in her work. Whether it’s the inclusion of an interracial relationship in the plot, having main characters who share the same ethnic background as her, or most notably, in the story of her latest work, Viceroy’s House, telling the history of how her country came to be – a history that directly impacted her and her family. I remember sitting in the press screening for Viceroy’s House last year and being surprised that she was there too. She stood up and spoke about how it was a story that was deeply personal for her and one that she wanted to share with the world. If there’s one lesson I’m very appreciative of, it’s that Chadha taught me to tell my truth.