We return to old favourites because something in them resonates with us. Whether they’re aspirational or like a mirror that reflects us back to ourselves, enduring favourites evolve with time. What you loved about them then may look different now through the lens of experience, but they’re forever earmarked as a page in your development.

We asked female Canadian filmmakers to share their favourite films from childhood with us. In phone interviews and emails, they spoke about the films that made an impression on their young minds, and why. Here are edited excerpts from their answers. 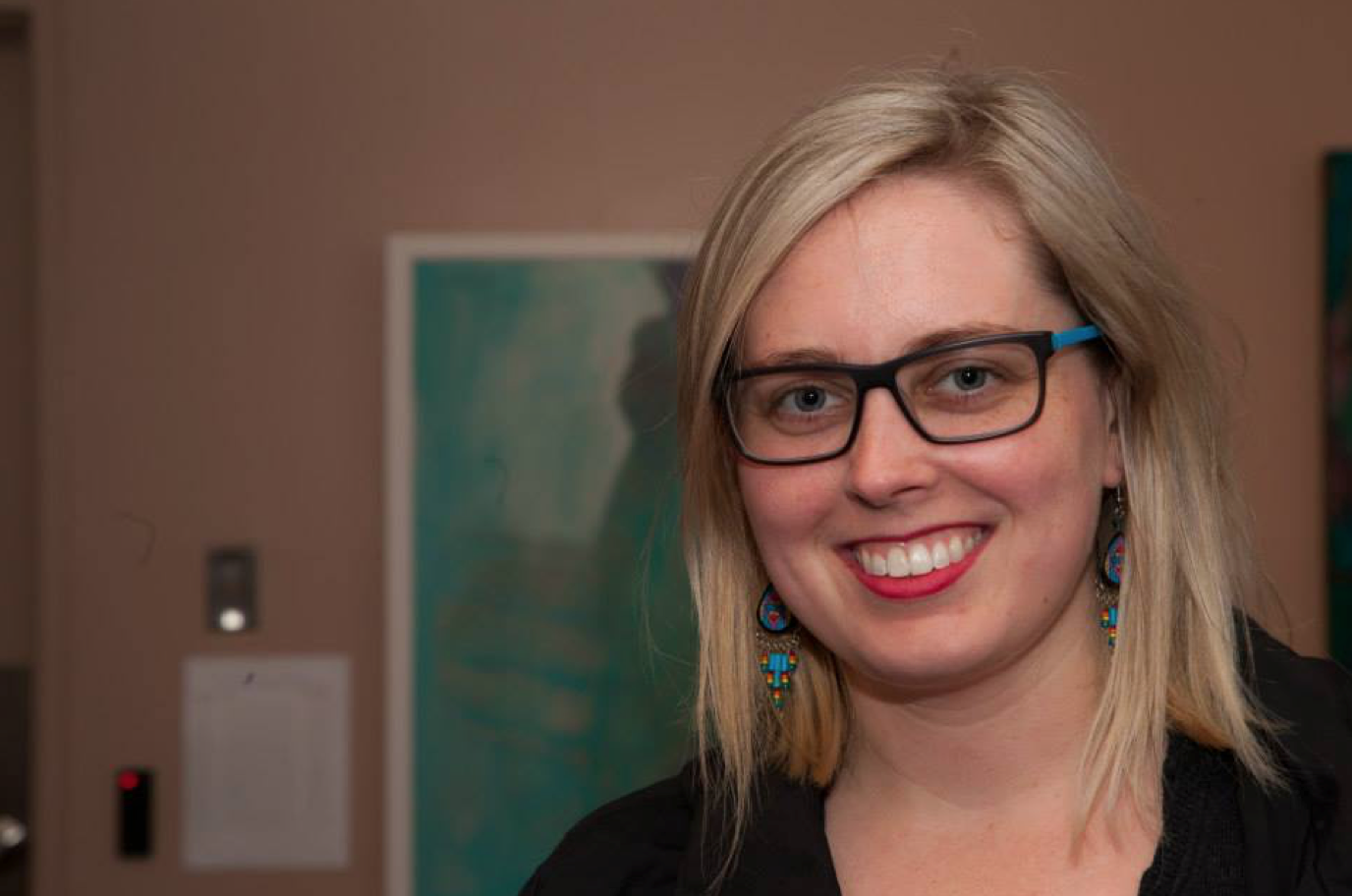 Home Alone (1990): I still watch this movie at least once a year, and Kevin McAllister holds up. He just represents that sassy phase of childhood so well. He seesaws between wanting to be a kid and being a grown up, and over the course of the movie, he turns his fears of the basement, the gangster movie, and Old Man Murphy into weapons and allies. Combine all of this with that John Williams musical magic, and a little “Polka King of the Midwest,” and you can’t lose.

As a kid, my favourite moment was definitely the failed attempt at the heist – those booby traps were outstanding. As an adult, I have a fond appreciation for the mom trying to make everyone around her take things seriously. 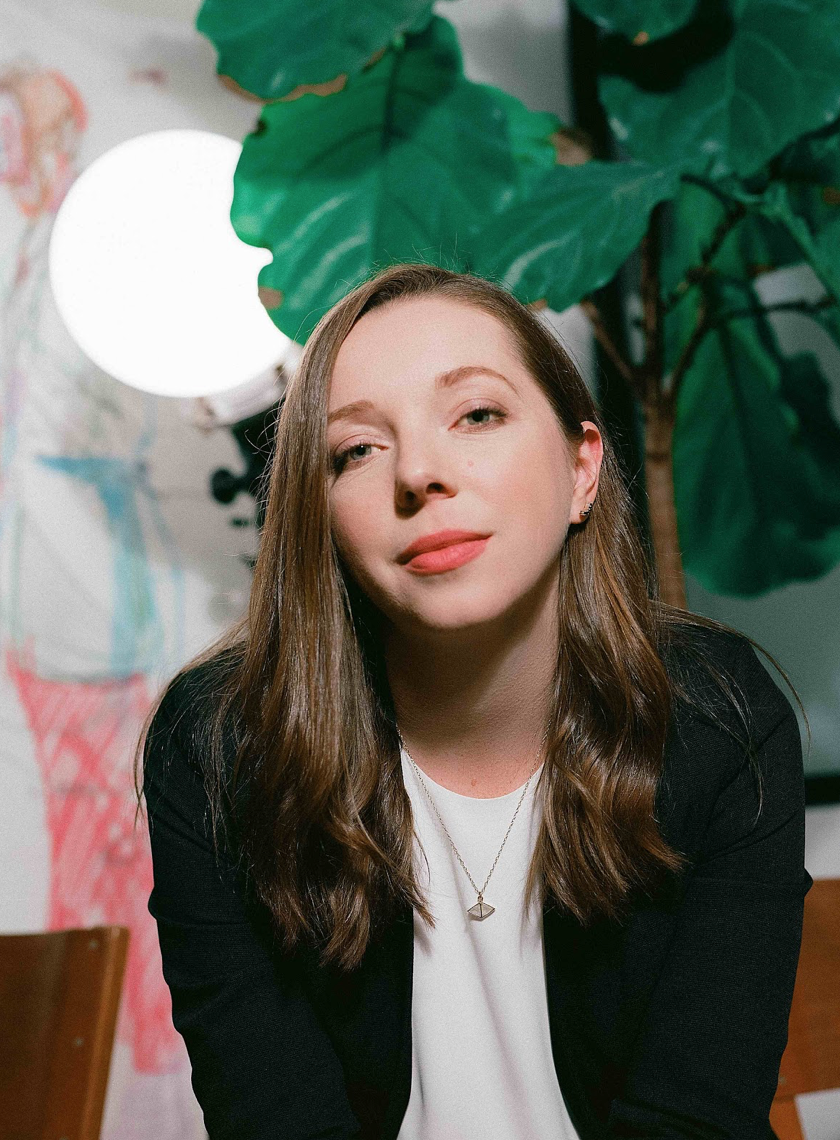 The Man in the Moon (1991): Not to be confused with the Jim Carrey Man on the Moon, this was Reese Witherspoon’s first film and I still love it. It’s a coming-of-age film [that’s] so simply, yet beautifully told. I connected with Reese’s character. Looking back, I realize it was because young girls didn’t have a chance to see themselves on-screen as the lead of their own story. The moments of early flirtation feel so truthful to a young woman’s experience. Flirting without thinking through the complicated repercussions. There isn’t danger in the film in a physical sense (so refreshing) but the emotional weight is powerful. 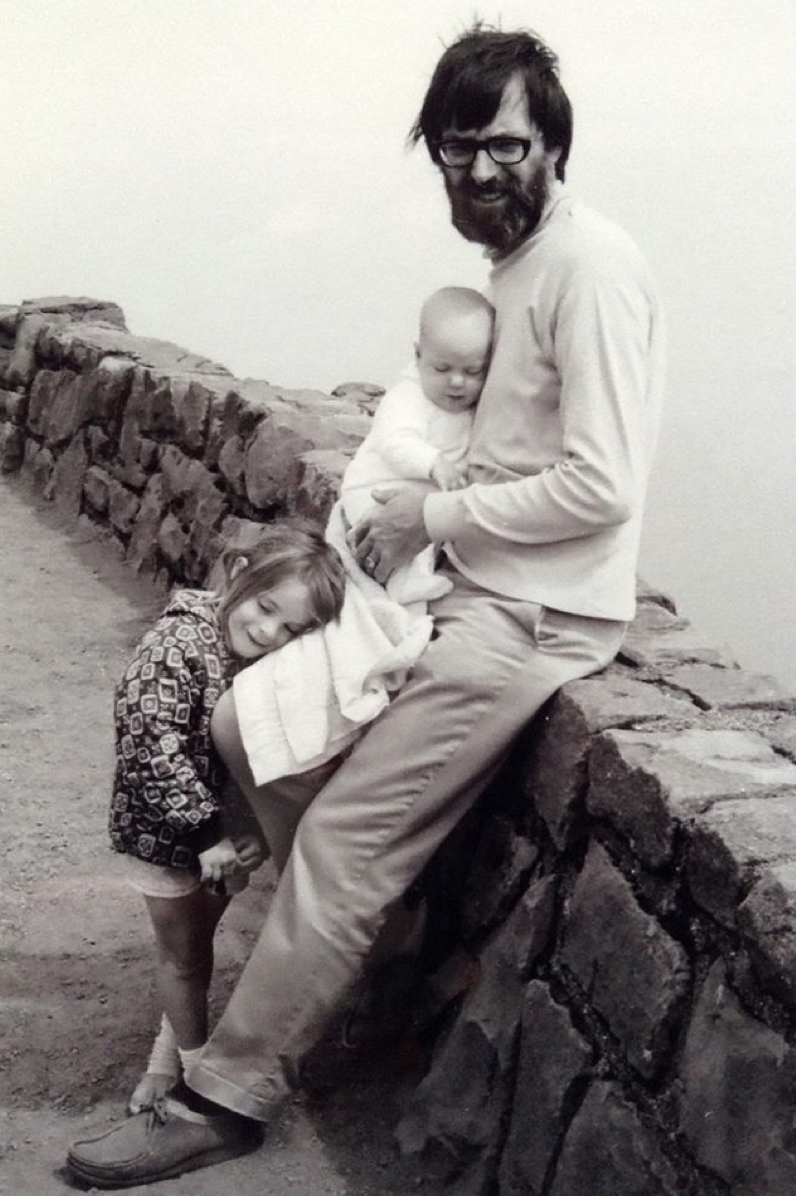 (L-R: the filmmaker at age 5, her newborn sister, Wendy, and father, John)

On Golden Pond (1981): I was 13 years old when it came out and a child of divorce. The idea that a couple could last a lifetime, and still be so in love while maintaining their own sense of self was deeply heartening to me. At the time, I was most moved by the father/daughter relationship. To see the complexities of a parent and their grown child who love each other fiercely, but cannot communicate without hurting one another… it was something I related to. There’s a scene where Chelsea (played by a spectacularly tanned Jane Fonda) finally faces her fear of doing a backflip off the dock of their old cabin on the lake. She gets up there, and she’s fierce and scared and emotional, and she lets her father see her fear and her determination in spite of it, and then she does it. And it’s the worst backflip – it’s awkward and ungraceful, but it’s an utterly marvelous moment of jubilation once she surfaces. I loved that moment. 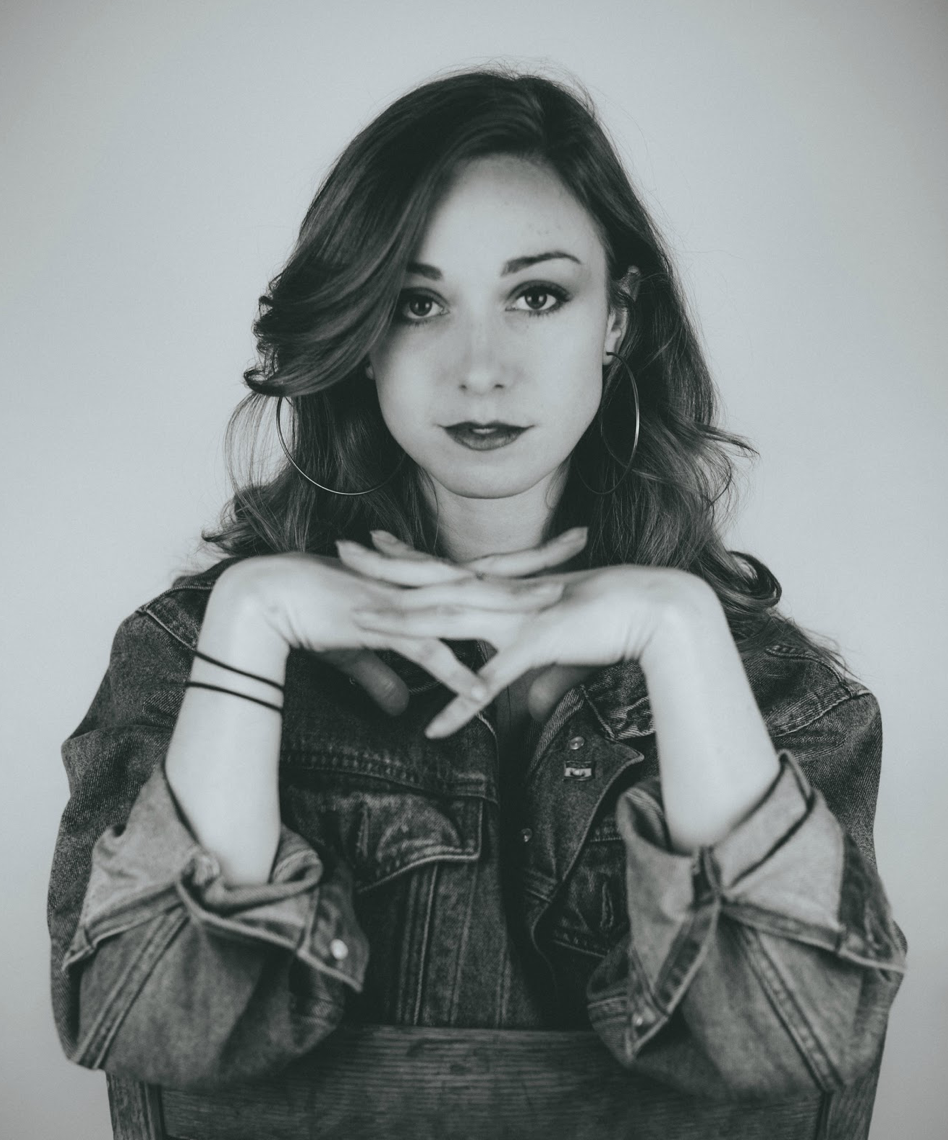 10 Things I Hate About You (1999): I loved that they took a Shakespearean classic, The Taming of the Shrew, and turned it into an entirely different – early 2000s – classic. It’s just one of those movies that’s so quotable and iconic for me; it’s an absolute “taste of my teens.”

One of my favourite moments is the opening scene with “Ms. Perky,” played by the hysterical Allison Janney. She’s Padua High’s guidance counselor who’s been in the game a long time and who has no intention of engaging in her job, because she’s in the middle of writing an adult erotica novel on her laptop, and “Reginald’s quivering member” and his “engorged bratwurst” must be tended to. Every scene with her is a case study in comedic acting. She is so specific, so razor sharp, so fucking funny. 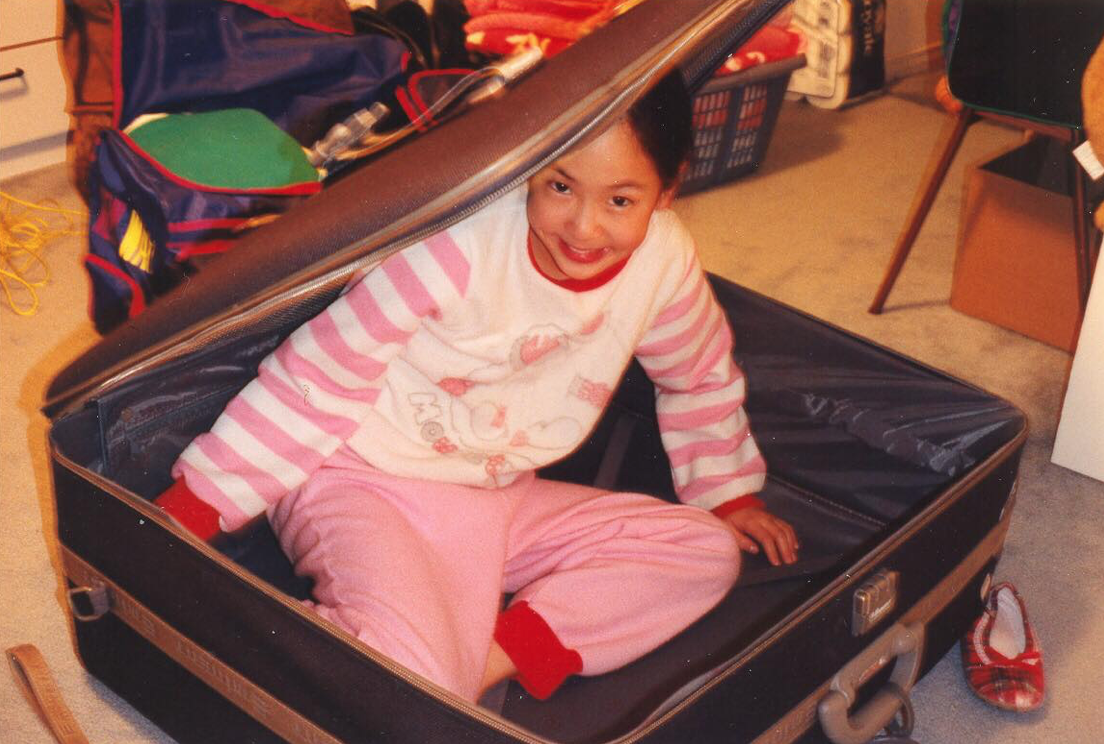 Hook (1991): As a kid, I loved the idea of Neverland. A magical world where kids never have to grow up. Just a little pixie dust and “second star to the right, and straight on till morning.” A moment that moved me in this film is when Peter (Robin Williams) finally becomes Peter Pan when he starts believing in magic through the power of his imagination. This moment happens when the leader of the lost boys, Rufio, says, “You can fly, you can fight, you can—” and Peter Pan crows. That was a favourite moment. 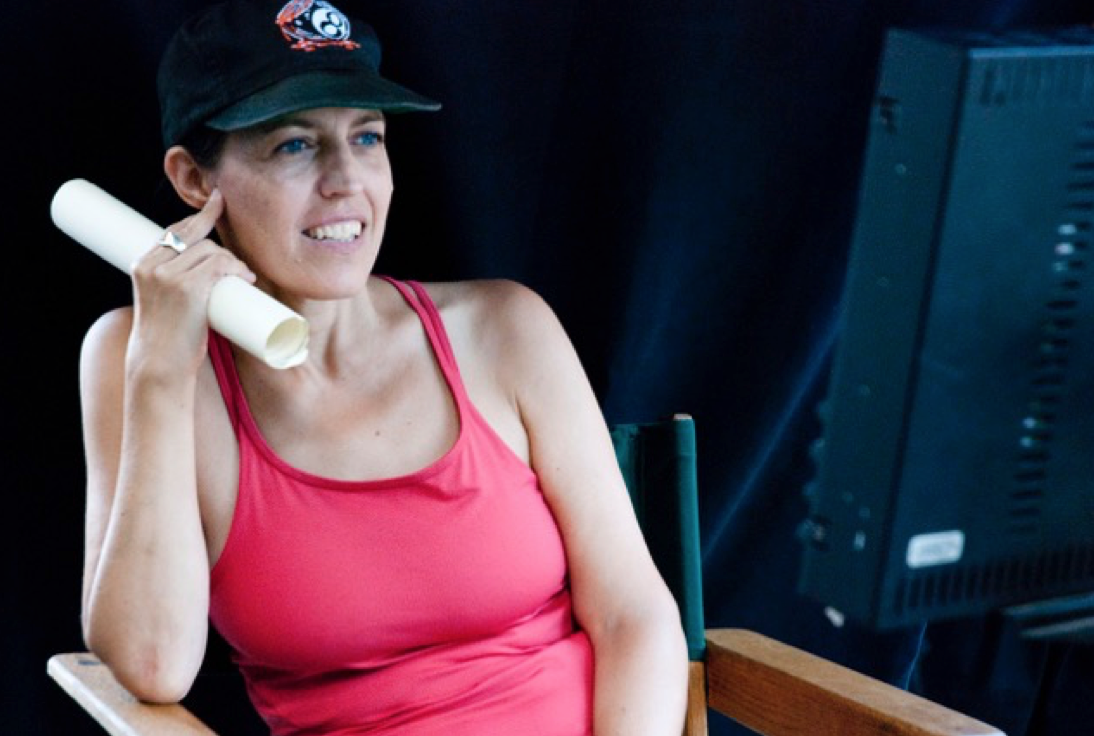 Gone With the Wind (1939): My early film education came from watching black-and-white classics on late-night TV. Both are epic dramas set against a background of war with a feisty, brilliant, confident female protagonist. Everyone categorizes them as romances, yet both end tragically with the women not getting the happily ever after ending with their heroes. But both endings are strong, memorable, heartbreaking and note-perfect thanks to the brilliance of Vivien Leigh and Barbra Streisand. In Gone With the Wind, Scarlett realizes she loves her husband Rhett, but returns home to find he has left. True to character, she does not lie down and give up. Instead, she decides to return to her childhood plantation to start plotting to get Rhett back, uttering the famous line, “After all, tomorrow is another day.”

The Way We Were (1973): In The Way We Were, Katie bumps into her ex-husband Hubbell with his latest conventionally-beautiful companion. Katie invites them both for drinks and lovingly brushes his hair out of his eyes, telling him, “Your girl is lovely, Hubbell.” With that line and gesture, we understand they will never reconcile. 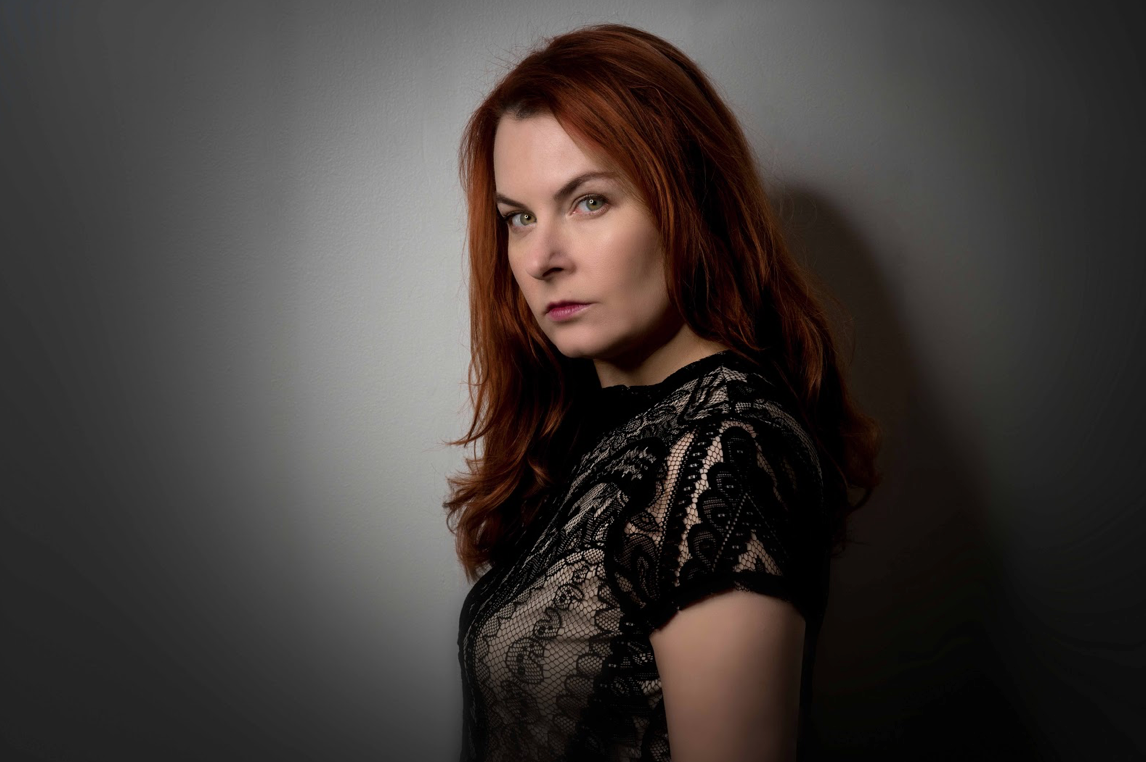 Logan’s Run (1976): Although it’s a dystopian cautionary tale, I really enjoyed the fully realized world in this sci-fi film. When I saw it, I was about seven years old. I was too young to give much thought to the deeper issues of authoritarianism, miseducation, and mob mentality. Rather, I was enthralled by the colorful costumes and by the bravery of “Jessica 6.” Although the film was definitely not aimed at children, it played regularly on late-night television and I watched it many times. My favourite details were the free monorails and domed cities. Coming from Winnipeg, I really idealized the concept of a weather-free urban environment! 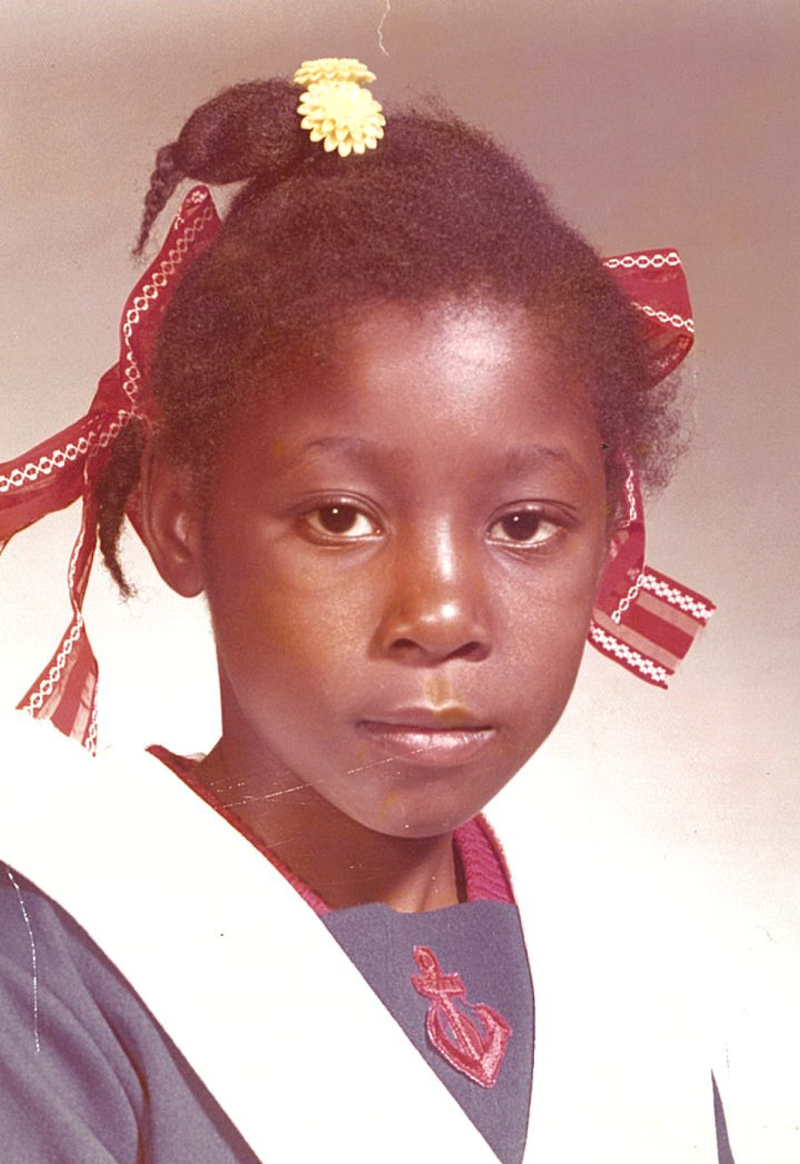 The Sound of Music (1965): My sister and I were never allowed to stay up late enough to watch the whole film. So, every year, we would watch a little bit more until we got to watch the whole thing when we were like 13 or 14. I still sing that song, “Something Good.” The lyrics “Nothing comes from nothing, nothing ever could” – those words resonated with me. Philosophically, they resonate with me – that what you put out into the world is what you get – and I feel like that philosophy underpins the whole film. How the nuns put themselves on the line to help the family escape. It helped shape my sense of justice because I’ve always felt that we as human beings can’t be silent, we need to step up and do something, say something, stand up in some way.

I loved female characters who were dynamic and had their own autonomy, and musicals created a cinematic world that was very different from the world I was growing up in. So, underdog characters who were able to succeed in spite of the odds made me feel like it was possible to win. I loved the romance and grandeur of people biking down roads in Austria and taking over the whole town square. It was very of the time, and I think it was a lovely time, but there were very few black people in cinema, and I know I craved that. So that’s why I gravitated towards strong female characters who somehow, through their talent persevered or got to have the choice. It wasn’t until the 80s when Spike Lee came about that we started to see films that had black protagonists and a black point of view. And that was the first time that I connected to the idea that black folk could work in the film industry. We craved images of black folk but there was just so little.