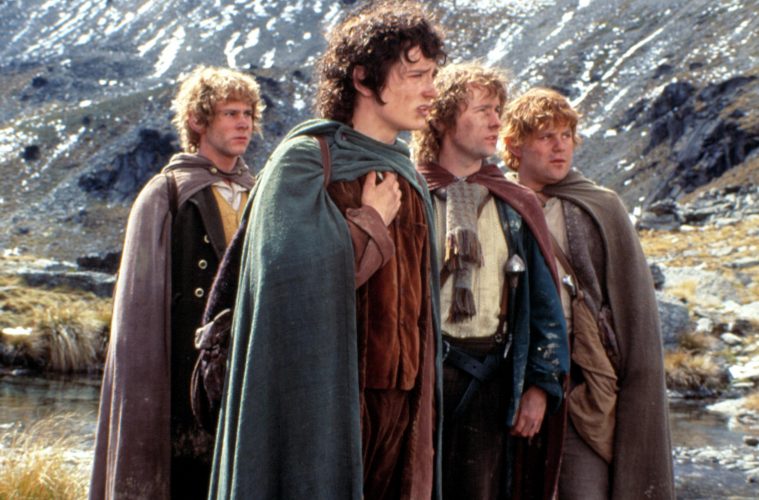 There, Back Again, and ‘Lord of the Rings’: Finding My Home in a Hobbit Hole

It’s December 25th, 2017. The presents have been opened, the Christmas dinner eaten, the winter sun already set. Mom makes a fresh batch of homemade popcorn, which wafts through the house – so rich that, as usual, after only a few handfuls, I can’t eat any more. Dad, resigned, lounges lazily in the living room armchair, one leg stretched up on the arm, hands tucked under his pits and ready to nod off at a moment’s notice. The tree is lit. The movie starts. Mom recites Galadriel’s opening speech detailing the history of the Rings of Middle Earth, and we chuckle when Sam is caught by Gandalf “dropping eaves” in Frodo’s garden. Every fifteen minutes or so, Mom has to point out something that’s different from Tolkien’s novels, like the amount of time it takes Sam and Frodo to get to Rivendell from the Shire (longer in the book); and the omittance of the character of Tom Bombadil; and the tree that attacks Pippin and Merry, which, she’ll remind us, pops up in the second movie instead. We curl our toes when the four hobbits hide just out of reach of a Nazgul under a tree root; and we give a little gasp, then laugh, at Bilbo’s contorted, demonic face when he reaches for the Ring from Frodo in Rivendell. Dad cracks cheeky jokes every now and then to remind us that he’d rather be watching anything else (after all, we’ve been doing this since I was in high school), but he doesn’t fall asleep.

I’m not exactly sure what year it was when we wordlessly sealed the contract that the marathon begins on Christmas and ends before winter break does too. It wouldn’t be far off to assume that one Christmas night in my teens, when we had nothing to watch or to do, and since we don’t visit family or hold a big jamboree, one of us probably said, “Just put Lord of the Rings on,” and that was all there was to it. It’s just me and them – and, of course, our pet parrot – and that’s how it’s always been. It has gotten difficult in the past few years. I make plans with friends and work closing shifts at my retail job, while my birthday week chases the tail end of the new year and Mom likes to go to bed earlier, meaning we can never finish a whole film in one night. (Those extended editions really kick your ass.) But it’s not unusual for me to cancel an evening out just to stay home in my matching flannel jammies and get through one more half installment, even at twenty-three. I tell my friends, “I promised my parents I’d stay in and spend time with them. Is that ok?” This year, it’ll be easier. I’ve finished my time at university and our marathon doesn’t need to be dictated by the coming spring semester.

Before my family’s marathon tradition, Lord of the Rings had always been important to me, but solely because it was something I grew up on and managed to keep close, even as I progressed into the double-digits. I’ve seen those three films so many times in my life that the emotional beats sound off in my body like one time bomb after the other. I carried my love of the series through middle and high school, once purchasing a tee from the oft-visited Hot Topic that read, “I went to Middle Earth and all I got was this Ring,” and at one point a friend and I relished in giddily picking which members of the Fellowship our other friends were most likely to be. But not unlike other people’s experiences of dragging themselves through their teenage years, my relationship with my parents faltered. It was nothing that they did; I was just angry all the time, unless I was alone or surrounded by my friends. Family was out of the equation. It wasn’t cool to hang out with, let alone be nice to, your parents. How A24 of me.

Of the thematic banquet presented to us in the Lord of the Rings trilogy is the idea that while our experiences – both for the better and for the worse – yield new versions of ourselves, there are always bits of us that we carry with us along the way, like the Light of the Evenstar dangling against Aragorn’s chest, or the seasonings Sam keeps close by on his and Frodo’s journey. “It’s very special, that,” he proclaims confidently, when Frodo questions why he would ever think they’d be zesting roasted chicken en route to Mordor. “It’s the best salt in all the Shire.” And along with the physical tokens brought with them (including the One Ring), there are the songs and Gandalf’s fireworks, the memories of drinking ale together in their favorite pub, and of the beautiful bartender, Rosie. And even when they have forgotten the taste of bread, the Shire a world away, they still retain their long-lost home within each other and with the endurance and spirit they’ve cultivated from their roots in the Shire – holding one another aloft, even when hope dances on a tightrope towards darkness until the very end. When the hobbits return to the Shire, they raise their glasses of ale in celebration, in triumph, all the while fully aware that they are marred by experiences that internally isolate them from their fellow hobbits – experiences that their friends and family will never understand, and which they will forever be altered by.

But even as we change and grow irreparably – as when Frodo boards the boat for the Grey Havens, a marked ring-bearer never to return – we understand that wherever Frodo is going, he will hold the Shire and the memory of his friends with him. He smiles back at the weeping Sam, Merry, and Pippin, as the ship that also carries Gandalf and Bilbo begins its course from Middle Earth, because a new journey does not mean leaving the old one behind. The final line of the film trilogy is “I’m back,” after Sam has bid farewell to Frodo, now returned to the Shire and to his family; greeted by his wife, the long pined-for Rosie, and their two young daughters. The Shire will never be the same for Sam (or for Merry, or Pippin), but it is still home, and it is still a part of him. Sam’s part in the story will go on, and home will be with him wherever he takes it.

As I get older, Lord of the Rings stays the same, and the time I’ve shared with my mom and dad from the first frame of the trilogy to the last is etched into every subsequent viewing. Our marathon is Lord of the Rings, and Lord of the Rings is, in turn, my family. I can’t help but be reminded of my mom and her sigh of relief when the Ent caught aflame in The Two Towers relieves its blaze in the dam-broken waters of Isengard; or my dad, who never forgets to groan when Pippin carelessly reveals himself to the Eye of Sauron in the Palantír. Every time I watch the film somewhere that isn’t the living room in my childhood home, or even hear the first few chords of “Concerning Hobbits,” I am brought back to the place that forged my love from the very beginning. When I watch Lord of the Rings, I’m in elementary school again, with my feet propped up on the coffee table, wiping tears away on my nightie as Éowyn bids one final goodbye to her uncle, King Théoden, while the crackling perfume from Mom’s fresh popcorn ever lingers on in the room. The marathon cemented for me that the relationship I cultivated from child to adult was not simply a relationship between consumer and beloved media, but one between myself and my family. Our bonds forged with popular culture are not unique, but they are uniquely our own.

From the first moment I wept at “You bow to no one” in elementary school, to permanently marking myself in Elvish text at eighteen, to purchasing prints of original Tolkien sketches thousands of miles away at Oxford University at twenty-one, Lord of the Rings has always been a constant, grounding me back in my living room with my mom next to me on the couch and my dad slumped in the armchair across from us. Our dense, textured extended editions have lain lovingly in the downstairs bookcase as if they were bound and sealed there from the very beginning – a fixture of our household that brings us together inseparably for a few nights a year. The things that made me cry at nine years old are the same things that make me cry now, as I inch closer and closer to my mid-twenties; my parents preparing for retirement and getting the house ready to sell while I reckon with the ever-looming fact that in a year’s time, the walls which encased and helped to foster my deep affection for a fantasy world may already be someone else’s. A uniting force still persists between past and present me that can never be broken.

When I watch Lord of the Rings, I am at home, even if I’m not, and my parents are sitting next to me, even when, someday, they won’t be. Through Lord of the Rings, we are made to understand that our experiences shape us to an unrecognizable degree. That by going “there,” back again can never be the same. We change. We will always be different from who we once were and what we once loved. We will leave, yes, but we will always carry pieces of home wherever we go, be it in a hobbit hole, or resting on a living room couch.