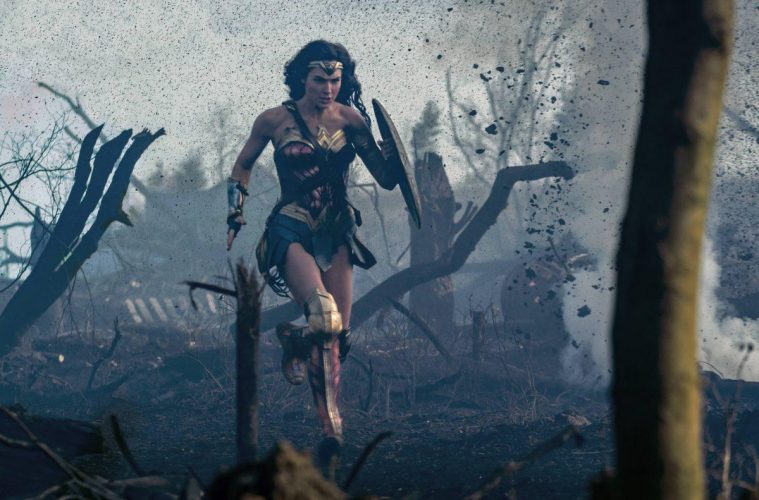 ‘Wonder Woman’ and Fighting for Those Who Cannot Fight for Themselves

I have a vivid memory of watching Justice League on Sunday mornings, wedged somewhere between Adventures of Sonic the Hedgehog, Kirby: Right Back At Ya!, and three bowls of Cinnamon Toast Crunch. From that moment on, the Justice League has been my favourite crime-fighting team (sorry, Avengers!). Unfortunately, since then, DC heroes have gotten a bit of a bad rap, and the slew of amazing Marvel films produced over the years hasn’t helped at all. So, admittedly, going into Wonder Woman, I was healthily skeptical – no matter how good I wanted it to be. In the end, I think that director Patty Jenkins has cranked out a piece so well-crafted that it can’t quite be attacked from any angle. This movie does succeed as an action film, but also successfully makes a statement about feminism and what it means to fight for those who can’t fight for themselves (no matter how much an unnecessary love plot tries to bog down the film).

Open on Themyscira: Jenkins gives us a taste of this utopia right from the start so that we crave it when it’s inevitably taken from us. From there, everything goes south for Diana, but don’t fret – our Amazonian princess never has a lash out of place.

The biggest question that Wonder Woman poses is: What does it mean to be strong and to be a woman? Wonder Woman opens on a shot of Diana striding through Paris, covered up in a dark red coat. She is nothing if not powerful. Too often, films rate strong women on a completely different scale than strong men. Too often, strong women are strong only because they are emotionally strong, or intelligent, or brave. Too often, strong women are still conventionally feminine. Don’t get me wrong: they are still strong as hell, but rarely do we see a strong woman being physically strong; as playing a ‘man’s’ game and winning. The important thing to note about Diana and the Amazonians is that they don’t sacrifice their gender for their strength. They still demonstrate what a strong woman is, both in the world of the film and in the context of all the women watching. For one, the Amazonians are not in competition, but in collaboration with each other. For another, Steve is always second to Diana. At times, Wonder Woman’s adorable and comical naïveté comes off as demure, but the rest of the feminist narrative more than makes up for Hollywood’s desire to push Gal into a role that still screams “alluring”.

One of the strongest points in this feminist narrative is the perfect role reversal that is Steve and Diana. The point is not that Diana can only find her strength through Steve once he dies; the point is that Steve takes the place of the Love Martyr we’ve seen time and time again. Steve dies, as so many women in film do, in order to enact some internal change in the lead. Steve is what makes Diana vulnerable. Steve is Padmé Amidala. Steve is Mrs. Lovett. Steve is Kubo’s mother. Steve is every woman who died only because she loved a man too much.

I think that there are plenty of films that have tried to stand at the crossroads of “mainstream” and “feminist” and, while many have succeeded as movies, many more have failed as a means to open minds. This is, for example, where the new Ghostbusters failed. It became a movie where the central selling point was “Hey look! Female leads! We’re feminists!” and felt more like a cheap ploy to grab a few bucks under the guise of equality than a piece of art that somebody put their heart into. It’s not easy to make a feminist film that’s meant to reach a huge demographic of people. Right now, some people will inherently have a problem with Wonder Woman’s message. Still, the film says it best: “It will never be fair”, and even despite that, it does a great job. The message is clear: Stop underestimating women.

Above all, I felt that the important thing about Wonder Woman is that it was an action film with a female lead; not a feminist film with action sequences. This is why it reached such a large audience. It’s a cross-section that delivers the entertainment we expect from a Hollywood blockbuster, while also having some substance beneath its veneer. On top of that, Gal was the kind of Wonder Woman I needed and wanted as a kid on Sunday mornings. The film is full of satisfying action, my personal favourite part being when Diana reflects a bullet back into the barrel of a gun. It’s a great example of all of the time and care put into the choreography on set. Ares’s final form is also purely awe-inspiring. Honestly, it looks like the result of a kid’s imagination running wild, while still being perfectly executed. It’s easy to see how much work has been put into Wonder Woman’s design.

That’s not to say that I didn’t have any reservations. The biggest issue I had with the film was how damn late the payoff arrives. For the majority of the film, we don’t really feel the stakes get too high, nor do we even feel a sense of loss. For Diana, most of the film is just a big win. When we finally do feel loss (from both the death of Steve and the destruction of the village), it’s executed well but comes so late to the party that we don’t feel the full force of it like we should. The same is true of the big reveal that Diana is the God Killer. It feels oh so good, but it would’ve felt oh so much better 45 minutes earlier. Even as we approach the climax of the movie, there’s still too much tension lacking on the whole.

Despite these snags, the film makes up for itself in many ways. I particularly took note of the aesthetics, and cinematographer Matthew Jensen does great work. Generally, the frames were almost always well-balanced and visually appealing, the effects subtle yet impactful. The island of Themyscira has striking blues in contrast to the stuffy, sleepy greys of London. Themyscira is a visual treat that only lasts so long; London is the patriarchal reality we spend over two hours breaking down. Yes, the film does constantly hark back to the classic theme of Good vs. Evil, and with it, the classic red vs. blue colour palette, but I think it’s welcome against the muted backdrop of WW1.

Overall, the movie succeeds in both what it says and what it is. We can see immediately that, like most successful superhero movies, both adults and kids have something to gain from watching. Wonder Woman shapes us towards a world where “women can do anything” doesn’t need to be said because it’s obvious. It does this tactfully along the backdrop of WW1, when women were finding liberation in work outside of the home. The film introduces complex morals to our lead and, however reluctantly, she grows. I think that what Diana learns about justice can be extrapolated to our own issues with gender. Steve tells Diana, “I wish I could tell you there’s one bad guy to blame, but maybe we’re all to blame.” I don’t think he knows just how right he is.